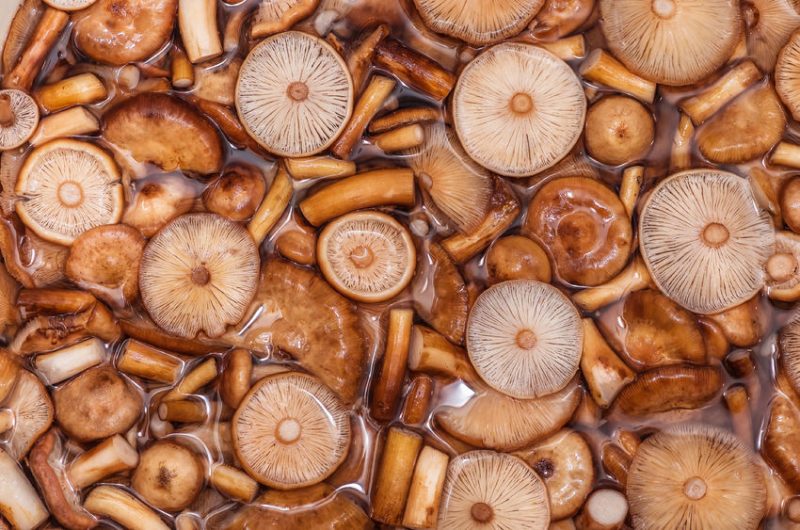 If you’ve been following my work, you’ve definitely seen the multiple articles I have done on different proteins coming to market. These new protein variants are opening the door to not only the vegan market, but also an alternative for the highly expensive whey protein category. As it stands right now, Mushroom protein is the next wave. And after all… why not?

I shiitake you not

Last year I wrote an article on how a manufacturer is putting mushrooms in their coffee for the added micronutrients and health benefits. Now, they are being used as a protein source. A major player in the natural ingredients market is a brand named Naturex. They worked a deal with MycoTech to be a distributor for their shiitake protein. MycoTech produces mushroom protein under the Pure Taste label which goes out to the food and dietary supplement market.

The price point is going to be fairly low, which will be of interest to those looking for a budget-friendly protein supplement. They mentioned that the cost would be more affordable than majority of the specialty proteins currently out on the market which will definitely help you keep some of your hard-earned money. The protein source will be labeled as “fermented shiitake vegetable protein” and uses the roots (mycelium) of the mushroom rather than what everyone is used to consuming—being the cap (pileus) and stem (stipe).

What are they saying?

A representative from Naturex mentioned, “We started talking to MycoTechnology about nine months ago, and we could see they had something really new in the market in terms of protein quality and functionality. There’s also a possibility to introduce new proteins in the future using the platform so it’s very exciting.” Not only is this an alternative protein source, but it could open the door to many more down the road which is extremely exciting.

“This is a very concentrated form of protein—77-80% [by dry weight], which is important when you’re dealing with the nutrition industry, but what’s particularly exciting is that the DIAAS score is 1—which is comparable to animal protein, so it’s got all the essential amino acids—but the taste profile is neutral to slightly nutty. It also has much better solubility in some applications than other plant-based proteins, so it’s much nicer to work with in things like smoothies. We’re investing a lot of money in our applications lab in Chicago to look at how this can work in multiple formulations.”

One concern that was quickly put to bed is how will the public react to a fermented food? Well, as you look at today’s trends, fermented food is very accepted in society. Kefir is doing extremely well in the market as is yogurt, kombucha, sauerkraut, pickles, and miso to name a few. The representative said, “I think consumers get fermentation. Fermented foods are quite trendy at the moment. We’ve had interest from everyone from start-ups to very large companies, the leaders in the protein market, especially on the nutrition side and we’ve been very transparent and clear about the production process.”

It’s a viable and lucrative option

I can see supplement companies introducing shiitake mushroom protein into some of their protein products. If they created a blend of plant-based and vegetable-based proteins (or even just a standalone mushroom protein if they wished), it could be a great alternative to their whey products. In addition, this form of protein would also provide vegans (a piece of the market they might not have focused on in the past) an opportunity to purchase through a brand they’ve never tried in the past due to producing non-vegan-friendly products.

I’m not saying that everyone is going to jump on the bandwagon and start launching mushroom-based protein products, but the opportunity is here and now. Too many brands these days refuse to innovate—and we see brands closing up shop all the time in the supplement industry. I like the idea of an alternative protein source and not just the standard whey protein we see throughout the industry. When there is competition, it drives the price down, which is great for the consumer.

In addition, more and more people are jumping on board and living a vegan lifestyle by choice. In order to cater to this market, you’ll need a product line to sell. Mushroom protein opens the door for not only powdered forms, but could also open the door for things such as the bar and RTD (ready-to-drink) market.

Will people jump on board and not give a shiitake that they’re consuming mushroom protein? In all honesty, if it doesn’t have a mushroom taste, I’m not sure why anyone would be complaining. Not only that, but with advanced flavor systems, you can hide just about any taste. If I can find a product with shiitake mushrooms as the protein source, I’ll give it a try. I’m not saying I’m going to be converting over to a vegan lifestyle, but I’ll keep an open mind and see how the taste is and compare the price to commonly used whey concentrate and whey isolate proteins.

Is mushroom protein something you’re willing to try? Let us know in the comments!

1.) WATSON, Elaine. “Naturex Strikes Global Distribution Deal with Mycotech for Vegan
Mushroom Protein: ‘We Could See They Had Something New’.” NutraIngredients-USA.com, 19 Sept. 2017.

Newer Post
Is Bodybuilding Beneficial for Your Health?
Older Post
It’s That Time of the Year – Should You Work Out When Sick?