Drama and Muscle – A Recipe for Success? 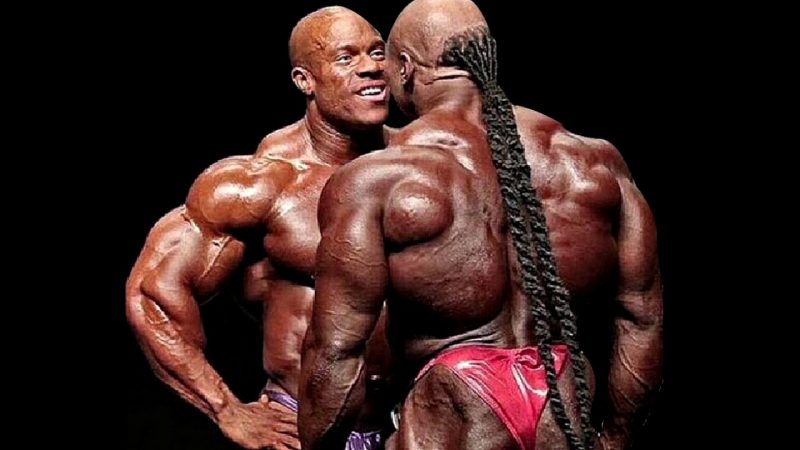 Drama is the number one thing that has fueled a large component of social media over the years. Entire stations make their bread and butter on it (e.g. TMZ, tabloids). Youtube comments, message boards, locker rooms, are all places where banter and gossip keep things entertaining. It’s not a positive kind of entertainment, though, not by any stretch, but it definitely keeps people engaged. Years ago, columns like “The Undercover Pro,” Royal Rants, and charged-up fan letters, kept people hungry for the magazines. Even go back to the movie that put bodybuilding on the map, Pumping Iron.

If the original movie had focused solely on an Austrian weightlifter in America, a New York kid training with his dad in a spartan looking gym, and a short Italian man who pulled cars and hung upside on bars. The movie more than likely wouldn’t have had the impact it did, if there weren’t some pettiness. People enjoyed Arnold’s mind games, they liked Ken Waller hiding Mike Katz’s shirt, and they loved the idea of two best friends pitted against each other in a contest that defined their live’s pursuits. Bodybuilding was the soundtrack to the infighting that made the film interesting. What’s crazy about Pumping Iron, as well as many feuds we think are real, is that they were actually totally staged. Right now, the world of Pro Men’s Physique is ravaged by turmoil, but is it real? Initially, what began as a feud between two competitors has escalated into a conflict that has made for various different factions forming. It all started on social media and continues to rage on there, but it’s also found on stage, backstage, expos – you name it! Do these feuds help grow the sport, do they keep fans engaged, and/or will things get better or worse in time?

Growing the sport of bodybuilding and the fitness community should be the goal of every athlete, every promoter, and every media outlet. The bigger the sport, the more mainstream appeal it will have. Now, I know what you’re thinking. Do we want bodybuilding to be in every home across America and around the world? I don’t know about you, but for me, that would be a dream come true. Don’t you guys miss the days when Fox Sports and ESPN covered the big shows? Wouldn’t you guys want to see bodybuilding on a CBS, NBC, or ABC feature? A lot comes with mainstream support, especially mainstream respect. Maybe, finally, people will understand the beauty of the sport, its subjective judging, and just how much goes into creating a physique – sometimes out of thin air. Many of us are born with genetics that are not conducive to becoming a chiseled, symmetrical superstar. Most of us deal with the hand we’re dealt, but some (through hard work, diet, and sound supplementation) can defy all things – even genetics!! That’s a monumental achievement, that’s both impressive and inspiring; however, the mainstream is oblivious.

Growth takes thought. Growth requires doing things the right way. One of the best ways to make the case for bodybuilding, is showing just how many people compete. There’s doctors, lawyers, engineers and homemakers. Another way to grow the sport, is to show the professionalism of contests, to highlight the very high bar set in media, and to showcase sponsors and vendors to such an extent that sponsors and vendors from other industries look to ours with amazement. This is a sport that welcomes business, which is family-friendly, and which has a look for everyone. Our sport also has divisions for military, first responders, and sometimes those who have made transformations. The doors are wide open to all. These are some of the right ways to promote and to grow, but there’s another school of thought that says there’s a faster way, a more modern way, and to them I raise a suspicious eyebrow.

Drama equals traffic. Traffic equals audience. What’s missing here is, what kind of traffic and what kind of audience? I’ll admit that some of the fights on social media are so ridiculous that I catch myself laughing sometimes, but I wouldn’t associate laughter with success.

Generally feuds sell magazines, but they don’t often look good from an PR standpoint. The old school feuds (e.g. Titus/Kamali) were more innocent. Before social media, jabs were taken in print and whatever was done in person, was juvenile at best. Social media, however, is constant. There is no timeout; there are no breaks; in fact, it’s there 24/7 and people are always chiming in with their opinions. If you take the same Titus/Kamali feud then and you recreated it today, maybe those guys would wind up in each other’s faces like Phil Heath And Kai Greene did at one of the most heated Mr. Olympias of their rivalry. That particular encounter made the sport look bad and it may very well have hurt its potential growth.

You couldn’t ask for more consummate professionals that Heath or Greene, but the people online riled them both up so much, that (at least in part) they were to blame for the escalation of their rivalry. Notice I used the term people and not fans.

We go back to an earlier point. When you’re in the drama business, you’re getting traffic and you’re definitely growing an audience, but who comprises it? Are the people adding fuel to the fire, fans? Are they customers? Are they friends? We need to make a huge distinction between trolls and provocateurs and actual fans of the sport. We should also be real with ourselves, in that those who revel in drama, know all too well how to rile up the trolls and how to get them to raise hell. What was once an innocent aspect to a bigger picture, is now seeking to make the drama the main attraction. What we’re seeing is something like Pumping Iron, only it’s end result is the polar opposite. Whereas Pumping Iron raiseed interest, sold tickets, and grew bodybuilding, these are feuds are destroying it.

When the hateful talking heads of mainstream America stumble across muscular people fighting on social media, they won’t hesitate to pull out the punches – and the chair. Their whole schtick is to mock fitness; and that’s exactly what they’ll do when push comes to shove – count on it!

Feuds don’t help, drama doesn’t either. Just my two cents. What’s your take? Be sure to leave a comment here or wherever you read this article.