Newer PostWho Trains Harder? East Coast or West Coast?
Older PostWorking An Expo – Are You Cut Out For It?
Share on FacebookShare on TwitterShare on LinkedinShare on Pinterest 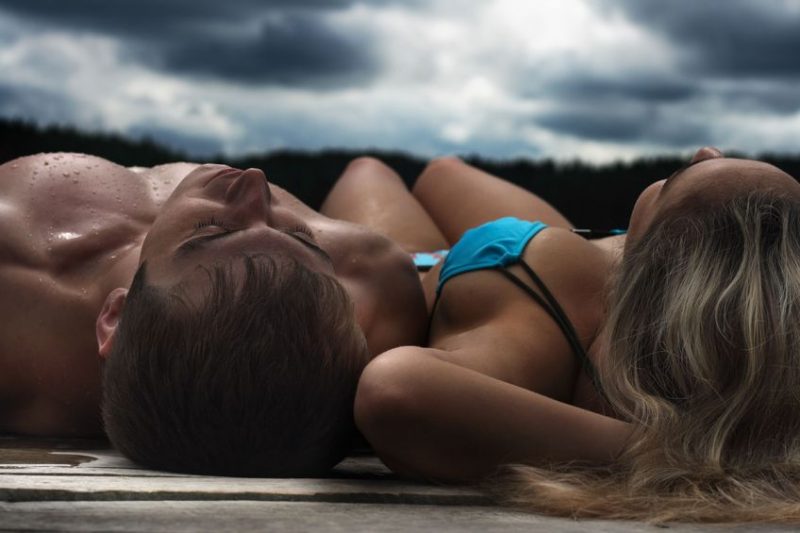 Muscle is muscle. Men and women can be muscular and that should have nothing to do with masculinity or femininity. This is a pretty basic concept. I don’t think understanding this point requires any substantial cognitive ability. We’re not talking about advanced philosophical theories here; nonetheless, I’m writing an article on the matter, because even simple things, such as this, have stumped quite a few people, particularly in the one industry, in the one walk of life, where it absolutely shouldn’t.

Look, the mainstream public doesn’t get bodybuilding. If they haven’t got it after fifty some-odd years of magazines, books, movies and transformations that literally saved countless people from the onset of diabetes, heart attacks, and obesity, they may never will. The fight to change narrow-minded, off-basis perceptions of physique-based sports is topic for another article and it’s a fight we’re not abandoning. It’s a fight that as a sport, we simply don’t have a choice in; we can’t stop trying to win over the mainstream public, because no one wants this awesome sport to be eternally limited to cult status.

The topic of this article, however, is aimed at those of us (supposedly) in the know. I’m addressing everyone who’s in the industry, from writers and photographers to supplement company owners and retailers. I’m speaking to media houses. I’m also speaking to competitors and those who train religiously. Because after all, it’s what’s said and done on the local level, at your neighborhood gyms, that’s the biggest problem. If we can fix how people think, how they interact, and what they save privately, then we can change the warped views that many people in this sport & industry hold.

Muscular women are as feminine as the Barbie Doll, cheerleader types. The body fat index is not a litmus test for gender; however, this is a fact lost upon many – including people who work out in the gym. The fact is, the fitness crowd, much like the mainstream public, has drawn artificial lines in the sand with regard to what’s deemed socially acceptable. If that sounds absurd to you, then that’s a good thing. To many in the gym, the softer side of the bikini look is ok, the harder side raises flags. Figure is now looked upon curiously, women’s physique is the new women’s bodybuilding, and what women’s bodybuilding truly is something most people have so little interaction with, that they don’t even address it anymore.

What’s crazy is that not too long ago Ms. Women’s Physique Olympia Dana Linn Bailey was gracing the covers of magazines, drawing thousands to expos, and being the poster girl for all women who aspired for a life of fitness. DLB represented the emancipation from the backward norms that have haunted women in physique-based sports since day 1. DLB didn’t have fall prey to the plastic surgery, she didn’t act like a Barbie Doll, and she sure as hell didn’t lift like one. She made lifting heavy, working out hard, cool, and her femininity was never questioned. If anything guys were all too excited to see their women follow in her footsteps.

Furthermore and to continue from where the last thought left off, we in the fitness industry know that muscular women are popular. In fact, they have almost celebrity-like status for their physiques alone, but even some of the top commentators in the business, they may be saying one thing, but their intonation says another. A guy can never be too hard on stage, but when a woman is, it’s not always a compliment. That’s also because calling a man a freak is a compliment, but doing the same for a woman is an insult. I will be the first to concede that formalities also play a role in this sad state of affairs we find ourselves in.

Others draw the line insofar as the use hormonal products. Some will argue that it’s wrong for females to take male hormones, but guess what, we each have a ratio. Men and women have testosterone and estrogen, men have more test, women have more estrogen; however, even that does not determine what’s manly or what’s feminine. I mean let’s get real here. We’re going to suddenly start subscribing to what a guy who pins himself all day and has the test of five guys combined, dictates what supplements his female counterpart can have, and at what point her usage tipe her over the scale? Lol “Over the line!” C’mon, that’s absurd.

Also, what exactly is femininity? What is masculinity? Who in their right mind would strive to live out a stereotype anyways? Pink isn’t just for girls and blue isn’t just for boys. Some of the best cooks in the world – are men. Some of the best fighters in the world are women. The whole gender argument is just one more vehicle for ignorant people to cramp the style of people living out their dreams. Live and let live.

The next time someone says a woman looks manly because she has muscle – run away from that person. If you’re the person saying it, just step back, process what it is you just said, and try to find out what’s wrong with you. Why do you feel the need to tear someone down who’s living their life to the fullest? Maybe you’re unhappy with yourself. Maybe you don’t like the hand you were dealt. Each and every person is in control of their own destiny. If you don’t like who you see in the mirror, work on improving yourself, but don’t tear others down.