Newer PostMasters Competitors: Should Be The Most In Demand
Older PostAre Online-Only Brands the Future of the Supplement Industry?
Share on FacebookShare on TwitterShare on LinkedinShare on Pinterest 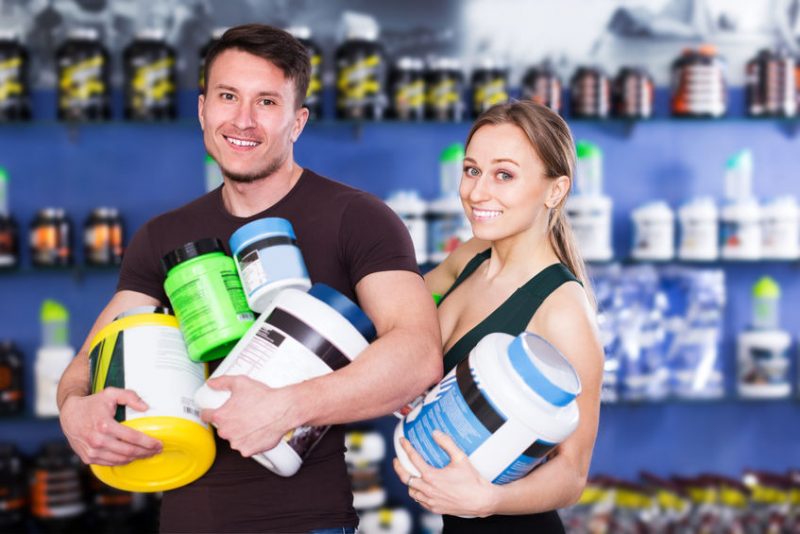 The culture of freebies, samples, and throngs of people screaming for t-shirts, has become quite the sight for sore eyes at large fitness expos. Poeple arrive with trash bags, hoping to leave with them stuffed full of protein powders, preworkout powders, hats, t-shirts, magnets, stickers, etc. The number of items being given out by companies is mind boggling. There’s no shortage of novelties, from the inexpensive to some giving out sealed, regular size containers of products for virtually nothing. Someone could spin a wheel and walk away with free product. There’s nothing wrong with having a contest and it having a winner; that’s life, isn’t it?

You win some, you lose some; however, in the contests at these expos, everyone who plays – wins. Some don’t have a major issue with this because they see it as a means to an ends. Some marketing experts believe that by giving away everything, including the kitchen sink, at big expos, the compnaies look big leagues, they look generous, and they earn the respect of customers, but how? How do you develop, much less harness, brand loyalty when you’re giving your products away? It’s the same thing as working for free. If you ever make the mistake of working for free in this industry, no matter how great your work may be, because it’s free, it will never be taken seriously. In my opinion, when you try to buy your customers, just like those who to try buy love or friendship, they often times fail miserably. In the rare instance of success, it’s really just a ticking time bomb, because once the giving stops, so will the relationship. Some of the companies who have the most diehard customer never give samples, don’t have discounts, and may not have ever had a sale. Additionally, these same companies don’t offer their products at mainstream prices; in fact, many of these companies have products above mainstream price points, so the idea of going after the discount market is completely off the table for them. Nonetheless, they’ve been in business for decades, their quarterly reports consistently show growth, and they’re ability to generate healthy profits, keep their investors happy, as well as maintaining the highest standards of R&D for the product line.

After working a booth at a recent international trade show, I became well acquainted with a reality I’ve known about for years. Countless people stopped by our booth, much like the one before ours and the one after ours. They had but one question – what were we giving away. They wanted shirts, samples, hats or towels, they wanted to win something, and they were very aggressive about it. Many of their M.O’s amounted to aggressive panhandling – I wish I were kidding, but I’m not!

But this article isn’t limited to trade shows and expos. We often see potential customers trying to pull the same tricks online. For example, many supplement companies will receive a sizeable amount of emails, DM’s, and forum questions asking for [free] samples. In many cases, having samples made can be more expensive than having the actual products made. Whether it’s sealed pouches or miniature sized bottles or tubs of the regular-size containers, it’s a very costly process for companies. Labels are also among the most expensive component of a product. Labels must be re-sized, while keeping all the intricacies of the larger label. Scaling down isn’t always an easy feat, even if it may seem so. Further, most people (given the culture of freebies) refuse to pay for samples, expecting them to be thrown in with paying orders of other products (perhaps out of kindness or to hopefully get a sale down the road) or just downright free. In either event, the company is spending time, money, and resources for something they will get no money for. The slight possibility of future business, while bleak, is enough for some, but in the long run, is rather pointless given the current culture of free.

Despite the fact that freebies are hurting the industry, free-loaders rationalize it all as good write-offs – they actually feel like THEY are doing the companies a favor! In fact, some seasoned industry veterans concur. Yes, samples may be good business expenses and it’s good for a company to have them, but there’s far better ways to use money than to burn it. There’s advertising on legitimate platforms, there’s ambassador and athlete programs, and then of course there’s social media. All of the aforementioned expenses will help a company grow, while investing into the industry, and creating opportunities for athletes. Giving out tons of freebies to people who more than likely don’t buy tickets to bodybuilding shows, don’t routinely buy supplements, and don’t have anything to do with the sport online, that is not going to grow bodybuilding and it’s only going to continue the downward spiral we find ourselves desperately battling against! Word is getting out that there’s an industry so desperate for mainstream acceptance that’ll give away the farm in pursuit of that rather lost cause. What we’re attracting, isn’t the bodybuilders of the future, but the hustlers of the day.

Movies like Pumping Iron, magazines like FLEX and Muscular Development, and all the great programs put out by IronMag TV, those are instances where knowledge was shared, where a way of life was discussed at length, and where converts were made. The key to growing, is to doings things right. Expos are great, as are samples, but the approach needs to be different and the only way to change things is through exchanging ideas, writing articles (such as this one), and looking for new, improved ways of getting new products into the hands of people who will actually use them and who will want to make future purchases.

Instead of having silly games where everyone wins, why not only give samples to people who listen to what a product’s ingredients are, what qualities it has, and taking educated questions from them. Sure, you couldn’t do this en mass, you couldn’t throw cheap t-shirts out to mobs of posers, but you could make a solid connection, one real, potential customer at a time. Maybe even better, you could also make a friend. If you can be friends with your customers that’s also huge!! Many of the oldest companies do things totally differently than the mega-giant conglomerates. Old school companies are still tightly-held, owned by one person or a very small group. The owner(s) know their long-term customers, many even on a first name basis. In some cases, customers have been patronizing the same company for years, even decades. The same way doctors used to make house calls, some supplement company owners, will even include a hand written note with orders; some may even call a couple days after shipping, just to make sure their customers received the order and that everything requested was sent. That may seem unreal to most, but there’s still some old school companies who pamper their most loyal customers like that. This is because hardcore customers and these old school business owners have struck up a friendship as a result of doing business.

There’s customers who will preach the gospel of your company; they will sing the praises of yours products, sometimes of an entire product line. They will fight tooth and nail for the success of a brand that puts out products they like, who’s transparent as to ingredients, and who listens to them. These customers don’t go to expos with trash bags looking for novelties and these relationships don’t just happen – they take time and effort.

I think where I stand is pretty clear. Unfortunately most of the giant companies, many of which are owned by people or groups who also own a variety of other holdings in other business sectors, won’t listen. To them, hiring booth workers (many of which may have no real knowledge of the company, much less the product line) is a way of doing things that’s inexpensive and simple. They also believe that having cheaply created/produced shirts (lucky to survive a single wash) thrown out to amped up (on free samples) mobs of vultures will create long, fruitful business relationships. The big companies are making so much money, despite having tons of fat on the payroll, writing off expo booths as total losses, and over-producing (even at the cost of dumping large quantities of product), that they simply don’t care. R&D has also taken a hit, with companies focusing more on label designs than on the actual ingredients in their products. This is yet another reason why the last of the Mohicans, the old school companies, continue to hang on and grow, on the down low.

The old school way still works and is a great model for the future, albeit, much less preferred by companies today. I don’t believe in the culture of free and I doubt that many companies that do, will be around long enough, to hear me tell them, “I told you so.”