DHT – Not So Bad After All 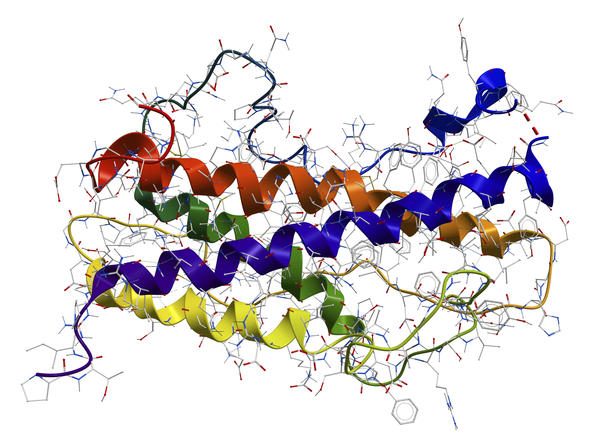 Dihydrotestosterone (DHT) is commonly viewed as the evil androgen responsible for hair loss and prostate issues. DHT does serve any purposes in the body, and reducing or eliminating this hormone may be the wrong thing to do for most people.

Similar to estrogen, DHT is a testosterone metabolite. The process by which the body produces this androgen is called 5-alpha reductase (5-ar.) During this process, testosterone arrives at the target tissue, is reduced to DHT by a reductable enzyme, where it then acts inside the target tissue or released into circulation.

DHT has long been considered to be a hormone that does more harm than good. It has been linked to a prostate problem such as prostate cancer and BPH (benign prostate hypertrophy.) Pharmaceutical drugs such as finasteride and dustasteride have been developed to treat these conditions by reducing circulating DHT levels. DHT has also been associated with hair loss, and these same drugs are often used to lower DHT levels in hopes of preventing or stopping hair loss.

DHT AND THE PROSTATE

Doctors commonly blame DHT as the primary cause of prostate enlargement, but a closer look shows this to be much more complex than once thought. To understand the true causes of prostate issues, the differences between healthy prostate growth, prostate growth due to BPH, and cancerous prostate growth must be understood.

The second stage of prostate growth occurs later in life. The growth that is known as BPH occurs as a result of a different hormonal environment than that of developmental growth. Higher estrogen and lower androgen levels are found more often in older men, and this is connected to BPH. Overall androgen ratios have also been shown to play an important role in prostate health. The balance of of DHT and 4-androstenedione should be at 1:1. If DHT is higher and androstenedione lower, there can be pro-carcinogenic lower, there can be a pro-carcinogenic environment. However, when the level of these hormones are high but equal, the anti-carcinogenic properties of androstenedione cancel out the pro-carcinogenic properties of high DHT.

It appears that high levels of estrogen in conjunction with low androgens such as DHT; along with uneven DHT/androstenedione ratios, are responsible for prostate issues. It was once the belief that treating prostate enlargement was as simple as lowering DHT levels. While the belief is now quite the opposite, DHT creams are being used to treat men with enlarged prostates in Europe. DHT improves the androgen to estrogen ratio by acting as an estrogen antagonist. DHT has been shown to inhibit estrogenic activity in tissues, and it directly blocks the production of estrogen from androgens by inhibiting the activity of the aromatase enzyme. Studies have shown that androgens that are DHT related aren’t responsible for prostate hypertrophy. DHT, which was believed to be the culprit of prostate issues, is now being used to effectively treat these conditions.

DHT is a very potent androgen, being 3-5 times as androgenic as testosterone. Its androgenic activity is responsible for the development of male characteristics. DHT easily finds its way to androgen dependent tissues in the body, but skeletal muscle contains little or no 5-ar, so minimal DHT is formed in the muscle. Any DHT that is formed in the muscle or that finds its way to the muscle from other tissue, is deactivated by an enzyme called 3 alpha-hydroxysteroid reductase (3a-HSD.) 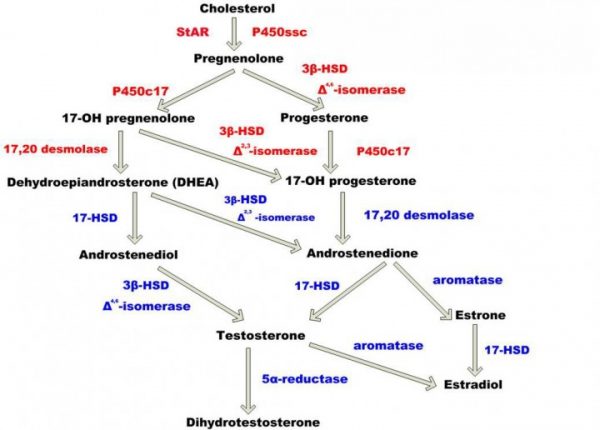 While DHT is the primary androgen in androgen dependent tissues, testosterone is the primary active androgen in muscle. DHT exhibits very little direct anabolic effects on muscle, and this has led many to believe that this hormone is of little importance as long as testosterone is present, but DHT is still very important for the full effects of testosterone to be carried out. DHT does not sow anabolic or muscle building effects on its own when normal levels of testosterone aren’t present. However, DHT has been shown to increase neurological efficiency and increase resistance to psychological and physical stress, which leads to an increase in strength. While the reason is not yet completely known, DHT does have an influence on muscle growth when testosterone is present. It is known that DHT has an androgenic effects in tissues throughout the body. While these tissues don’t include skeletal muscle, it does include the central nervous system, which can lead to greater neural output, leading to greater strength and recovery.

A study was conducted to test the theory that blocking DHT will impair muscle growth. Dustasteride, which is known to reduce DHT levels by 90%, was given to a group of subjects along with 1000 mg of testosterone for 54 weeks. The dustasteride showed to reduce the muscle building effects of testosterone, and this shows that some testosterone needs to be converted to DHT in order for testosterone to be truly effective in building lean muscle mass.

Hair loss from high DHT levels is one of the most common concerns of this hormone. Contrary to what many believe, circulating DHT may not be directly responsible for hair loss. When hair follicles come in contact with excess amounts of DHT, they will eventually die. Yet, the ratio of DHT/testosterone hasn’t been found to be a determining factor to balding, but free-testosterone / total-testosterone is. Round testosterone cannot be reduced by the 5-ar-reductase enzymes in the scalp, but free-testosterone can and will definitely lead to hair loss. Men who experience hair loss exhibit a significant reduction in sex hormone binding globulin, leading to a higher free-testosterone/ total-testosterone ratio. As men age, their androgen levels and sex hormone binding globulin decrease and localized 5-ar reductase enzymes increase in the scalp, and this leads to hair loss. It can be said that higher levels of DHT do not cause hair loss, but increased levels of the 5-ar reductase enzyme and unbound testosterone does.

Dihydrotestosterone has long been considered as the culprit behind prostate issues and hair loss. The cause of these problems is much more complex than simple DHT exposure. DHT does have an indirect influence on muscle growth and blocking this hormone can hinder muscle gains. The absence of this hormone can negatively impact libido and overall mood. DHT is an androgen that is responsible for many processes in the body and its absence can have negative consequences.

Loading...
Newer Post
You Can Drink, Swallow and Eat Supplements – But Now You Can Spray Them?
Older Post
IFBB Pro MARK ANTHONY – “Don’t Call It A Comeback. It’s Payback!”