Could We Have Asked for Any More From the 2018 Arnold Classic? 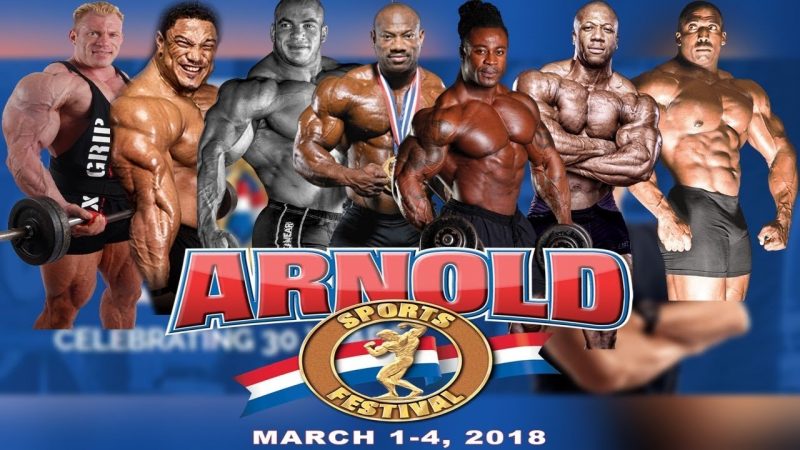 I’m going to start off by saying I was totally blown away by the 2018 Arnold Classic. The competitors came to play and they certainly did not disappoint. Competitors from all divisions brought their A-game and everyone was deserving of being on the Arnold Classic stage.

Not only was this the best group of competitors that we have seen on the Arnold Classic stage in a number of years, but this year was extra special with it being the 30th Anniversary of the Arnold Classic. As usual, Arnold made his rounds this past weekend and was never too shy to bust out his phone and start snapping some selfies with fans and competitors. The energy was electric and the fans seemed to really enjoy themselves this year.

The expo was on fire (not literally). Brands from all over brought their own goods to the Arnold Classic and fans from all over the world got to try out new products being launched as well as take a peek into the product lines of some of the most exciting brands on the market. And no one there can say they didn’t leave with enough samples. I saw pictures from all over social media of fans posting their samples spread out all over the floor. While many will definitely consume and try the products, I’m not naïve to think that some of those samples and full products won’t end up online being sold via eBay or Craigslist.

The Big (or not so) Bad Wolf

I’m a huge fan of Dennis Wolf and after spending some time off from having neck surgery, Dennis came into the Arnold Classic looking a fraction of his former self. His width was not there, nor was his overall large physique. Now, don’t get me wrong… Dennis still brought in my opinion one heck of a package to the stage. The piece that hurt him the most was that this years Arnold had one of the deepest line-ups we’ve ever seen. This was an Olympia caliber line-up which the fans truly appreciated, but had Dennis sitting in the 12th position.

It’s unknown if Dennis will try to make it back to the Olympia stage in 2018 or if he will head back into the trenches and work on adding back his mass, width, and amazing taper to get ready for 2019. At the condition he is in right now, he can’t hang with the big boys like he used to – and that’s a real shame.

The Big Boys Came Out When the Sun Went Down

Saturday night was one of the best shows I’ve ever seen (other than the Olympia). We had guys like Wolf, Dexter, Bonac, Kuclo, Cedric, Roelly, Beyeke, Smalls, Maxx, and DeLaRosa. All we needed was Phil, Ramy, and Rhoden (who was supposed to compete, but pulled out due to illness) and we would have basically had last years Olympia.

But, when it came down to the top 5, I don’t think we would have asked for a better finish. Bonac was simply lights out and while it was close between he and Dexter (7-point differential), it seemed like the crowd was on Bonac’s side the entire night. And while Bonac edged out Dex, I don’t think anyone can say anything negative about Dexter’s overall package. However, it did seem like Dex was a little more winded during this show than he’s been previously. Yet, it’s hard to argue the fact that Dexter has been pushing off Father Time and always comes into shows in shape – even while pushing nearly 50 years of age.

Bonac as a whole has been impressing the hell out of me. He has been placing well in all of the shows he has entered lately and while it’s still early, I think he has the ability to place 2nd or 3rd again this year at the Olympia. For how short he is, he definitely packs on the muscle and nails his conditioning. I’m definitely a fan of Bonac and look forward to what else he has in store for 2018.

Cedric had a good finish considering the line-up he was up against and seemed to be happy with his 3rd place finish. This Arnold was different for Cedric, as he stopped working with Chris Aceto and has been doing his own prep. Is that good or bad? I guess we can only be the judge of that in the coming shows to see if he continues to hit his mark.

Roelly came in and finished as a gigantic 4th place finisher. While he was larger than life and a true cartoon character on the Arnold stage, his conditioning was slightly off which pushed him back behind Cedric in the line-up. Everyone seems to be a critic of Roelly, but we honestly never know what type of condition he will come in with from show to show. When he’s “on” he has the ability to deliver the knockout blow to almost anyone on stage.

The King Snack, Steve Kuclo, rounded out the top 5 and by the smile on his face, was extremely happy to place that well. Kuclo is a big man and when he nails his conditioning can definitely disrupt the top 5. Will we ever see Kuclo as an Arnold Classic champion? It’s hard to say, but I unfortunately don’t foresee it happening.

If this is how we start the 2018 bodybuilding season, I can’t wait to see what else is to come!