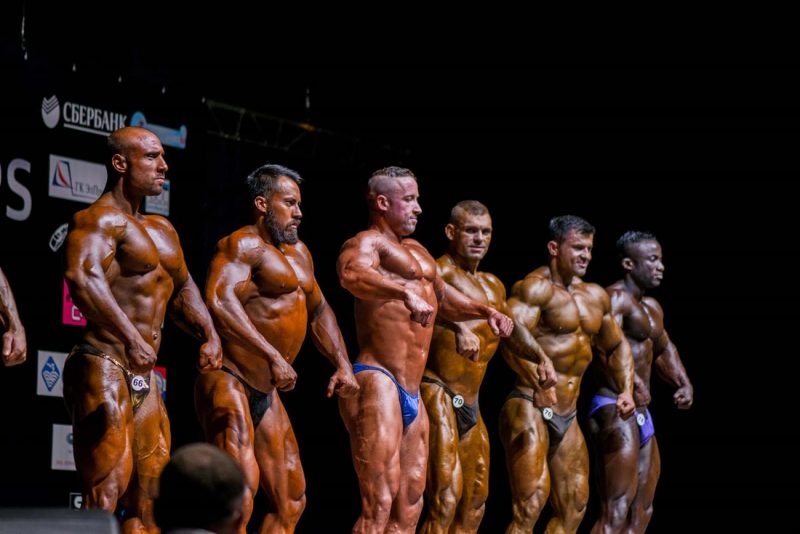 As the sport of bodybuilding and fitness grows, more and more aspiring competitors are looking to step on stage and compete. Where to be compete is a no-brainer. Athletes who want to compete with the best, will want to compete in the National Physique Committee (or “NPC”). The NPC is the only federation that will lead to the coveted IFBB Pro League Pro Card. The IFBB Pro League provides the only road to the Mr. Olympia, which is often referred to, as “The Superbowl of Bodybuilding.” Understanding where to compete is key, but the next question is who to work with, and that’s the basis of this article.

Although many believe bodybuilding and physique-based sports to be individual sports, there’s a variety of factors that cannot be ignored. An athlete needs to work with a suit designer, tanning company, and set up travel and lodging accommodations. This is no cake walk and while it may get more manageable with time, it will always be challenging. When it comes to finding a coach, the stakes are considerably higher. In this article, I hope to discuss the dark side of coaching, hoping to help competitors, but also looking to serve everyday people, hoping they’ll avoid scammers and hustlers preying on them – both online and in real time.

The dark side of coaching isn’t necessarily as dark as it seems. For example, when people think of Hell, I think it suffices to say, it’s a place without God. That alone would be pretty miserable. Nonetheless, when most people think of hell, they think of fire and brimstone, sulfur, and some dude in horns with a pitchfork. The dark side of coaching doesn’t entail meeting your new coach in a dark alley, while the person is wearing a cloak and with his scythe through your meal plan. The dark side I’m referring to has far less imagery, but is premised on dishonesty.

If a competitor walks in and drops down a wad of cash, with the expectation of reaching unrealistic goals, then a good coach will set that person straight. Will it mean losing the business? It might, but it would be the right thing to do. Many coaches today are obsessed with making money, so much so, that they’ve, arguably, lost even their own love of the sport. For some coaches, potential clients are nothing more than suckers. If someone allows themselves to be hustled, then they have only themselves to blame, right? Well, not exactly. A good coach wouldn’t think that way, but many do. Others won’t agree to outrageous goals, but will give all their clients the same meal plan. Often times, the meal plan in question wasn’t even written by the coach issuing it out. This type of irresponsibility will undoubtedly lead to poor placings and may very well also lead to metabolic damage. This type of blatant disregard is another example of the dark side I’m referring to. A good coach who knows training, but who is not well versed in nutrition, will either refer the client to someone who is, or be very clear as to what they can and can’t do. If a client is willing to take their chances, knowing all the facts, then that’s an informed decision. Another issue that I find to be shady, is when coaches aren’t even really coaches. There’s “coaches” who have literally only done one show, they have no certifications, and they may not have even done well in that show. These people have no business coaching anyone, but they’re out there and they’re preying on new competitors.

The truth of the matter is that caveat emptor (buyer beware) is as true for athletes looking for coaches as it is everyday people buying used cars and consumer goods. With the power of social media, stronger than ever, doing one’s homework becomes more difficult than ever. Some good ways of bypassing the fakes is referrals. Rather than finding your coach on a Google search, ask close friends who compete. At least this way you’re not going in blind and you have some idea of what they can and can’t do. Referral are gold.

With regard to training, certifications help; however, there’s also a series of certifications probably not worth the paper they’re printed on. A lot of gyms no longer even bother looking into the credentials of new personal trainers. As more and more fitness clubs open up, with memberships as low as $9.99 a month, larger establishments finding themselves looking for way to make it. The way many of these businesses look at things, is what will make them the most money in the ever-changing industry. Once again it’s a buyer beware environment. When a personal trainer misses the mark or is so inexperienced so as to cause alarm, gyms will typically shield themselves by reminding members that trainers aren’t employees and that they’re simply permitted to work with their clients on the premises. What they fail to disclose is that they should be vetting everyone in their company shirts – and that by accepting a percentage or a fee to allow trainers access, they should maintain higher standards. Once again, this is assuming that a gym’s priority is its members. That’s how things used to be. Today, it’s become a world of survival, where keeping the doors open, the lights on, and the equipment free from liens is all that matters. I have actually been a member of gym where creditors come and either mark or repossess machines.

Athletes should also be wary of nutritional programs. Many of the “diet gurus” online are some of the most shameless people in the business. A diet should be created with an individual’s body type, fat or carb sensitivity, and overall physique goals. A diet for a man should be different than that for a woman. A diet for someone who’s 20 should be different than for someone who’s 80. Many self-described diet experts are essentially copying and pasting the same diet for all who contract their services. These programs are often times very expensive, come with little to no direct counseling, and do not take into account BMI, diabetes, blood pressure or other medical factors. Many of the experts are out of shape themselves and have no formal or informal training in nutrition.

As I conclude the article, I wish there were a happy ending, but there isn’t one. The only thing I can say, be skeptical. Typically, I’d advocate optimism and a glass half-full mentality, but when it comes coaches, gurus, and anyone claiming expertise in the fitness industry, I urge you all to question and question everything!