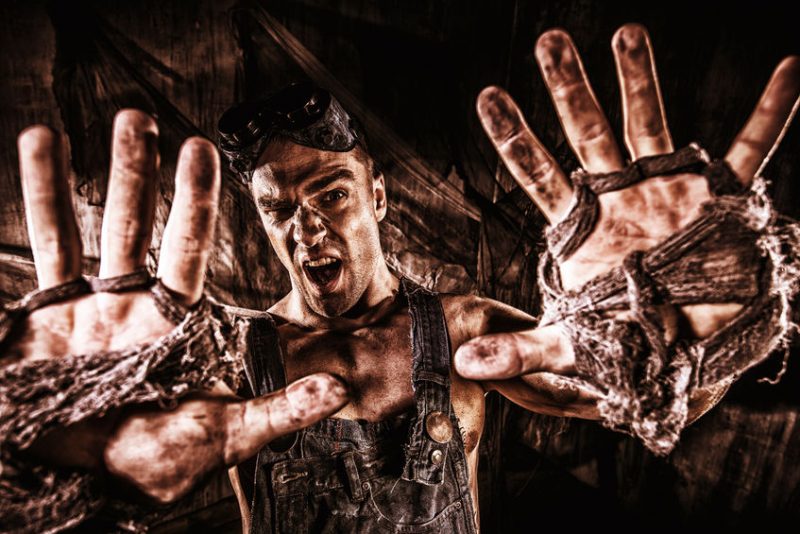 The bodybuilding industry and community has been under a lot of heat lately—mainly from the mainstream media outlets. ESPN, TMZ, and the likes all of a sudden are experts in our industry. What’s my take on it? I’m going to tell you. Bodybuilding will always be a target. But as a spoiler alert to what’s to come in this article, I think they should all STFU.

Stay in your lane

I think it’s honestly hilarious that ESPN wants to weigh in on anything negative that goes on in the bodybuilding world. Back when Rich Piana and Dallas McCarver passed away, they were quick to throw stones at our community by saying it was due to the steroids—as if they know a thing or two about our industry (or even steroids). Look, I’m not going to sit here and pretend that steroids don’t exist in our industry, but they are also in pretty much ALL of the sports that ESPN covers—it’s just hidden and protected better. Those athletes have too much to lose by getting caught so they are smarter with their use of PEDs.

It’s quite comical though. As if ESPN has a leg to stand on after they removed an announcer named Robert Lee because he shares a name with a Confederate general and they didn’t want to hurt the feelings of delicate snowflakes in our nation. Give me a break.

These are the same people who cover spelling bees and poker tournaments—as if those are sports and should be on ESPN. My message to ESPN is, if you live in a glass house, you shouldn’t be throwing stones, you ignorant excuse of a network. You want to be hypercritical of our industry, yet you have quite a few skeletons in your own closet as well. Maybe you should get your act together before you want to start making accusations about an industry you don’t even cover or know anything about. You probably had to look up who Dallas and Rich were before even covering the story of their deaths.

And TMZ, how could we forget about these cats? The people who want to release the 911 call to the public as if they are doing this nation a great service by doing so. How low do you need to go in order to get clicks on your website, that you need to toss out a 911 call from the clearly upset man who called after finding Dallas in his kitchen? Does anyone at TMZ even lift?

Why is bodybuilding scrutinized so much? Because it’s an easy target. Journalists who really have no skills tend to pick the low-hanging fruit to speak and write about because they don’t know how to go out and find stories that actually bring value to the American people. It’s actually quite sad. And I used to respect ESPN and TMZ until they started stooping below scum.

Here’s what I would love to have happen. Right now, this very instant, I would love to have the NFL (or any professional athletic organization) run a mandatory drug test on EVERY SINGLE athlete. You want to see buttholes pucker up? Tell all these athletes they are being tested for drugs (this includes the use of PEDs and steroids) on the spot right now, without any notice. Oh man. You’d see athletes turning green and white instantly. Want to see people lose millions of dollars? Test them for drugs and PEDs which if they fail they can be suspended or banned from playing. I’d get my bag of popcorn ready for when the names started being listed of all those athletes who failed the test.

Want to see America turn on their favorite sports? See the results role in and find out your favorite athletes aren’t as squeaky clean as you thought they were. NOW, come back and try talking smack about the bodybuilding industry after the results are reported. Think I’m lying? Prove me wrong. I encourage ALL commissioners of athletic organizations to do this. If your sport is so squeaky clean, you should have no issue rolling this out and implementing it, right? Or, do you have something you need to hide because without athletes getting bigger, faster, and stronger, how much fun would it be to watch? Let alone the poor athletes would need to recover quicker from fatigue and injuries so that people keep buying tickets and filling the seats at stadiums and arenas.

It’s true that the sport (or pageant) of bodybuilding is mainly built upon the use of anabolics. If you’ve read past articles of mine about the subject, you’d know I could care less if they are using such things. In fact, I don’t even care if ANY professional athlete is using anabolics or PEDs. Yes, I know it’s illegal. But so is driving drunk, yet people do it every single night in this country. I’m not saying it’s right, but let’s call a spade a spade and agree that these things happen way more frequently than they are reported on.

Bodybuilders indeed have some of the best genetics on the planet, yet, even they need a little boost to put on more mass than the guy standing next to him (or her) on stage. It’s the nature of the beast. You have card players who count cards which is considered cheating that goes unannounced. There are so many examples that I can use here, but in the end, bodybuilding will always remain a target for negative discussion.

I mean, you can just look at the bodybuilders of today and realize it’s not exactly “natural” to look that way. How many guys do you seen on a daily basis that are 250+ pounds and ripped? Not many, even though we do see a bunch of 250+ pound guys (who are overweight) walking around in our streets. It’s like seeing a guy living under a bridge and saying he’s homeless. No kidding, do you think he is sleeping under there because he was just tired and needed a nap?

I hate the fact that I even needed to make this article to defend bodybuilding, but someone needs to stand up to hypocrites who report extremely biased news. People who have an agenda to beat down our industry for no other reason than they don’t understand it and don’t care to. Many of the people talking smack about our industry are lazy—they themselves don’t even work out. Yet, they want to poke this industry with sticks and laugh as if they are doing the world a great service by commenting on the death of athletes they never even spoke about.

In closing, if you want to talk about bodybuilding and the industry, go ahead. You’re stating the obvious yet you’re ignorant enough to disregard everything else that goes on behind closed doors in any competitive sport today. When you want to go out and report that the grass is green and the sky is blue, you must realize that YOU are under the microscope. What agenda are you looking to push by stating the obvious? While you state the obvious, you also open yourself up for scrutiny if you never speak highly in regards to that industry.

TMZ, ESPN, take notes. If you want to talk about our industry, then go ahead. But, you better look to report all the GOOD that the industry does as well. You refuse to showcase the 60+ year olds who are still competing and look better than people half their age. So, when you’re done pulling your head out of your butt, open up your eyes to the big picture—it’s not all negative like what you’re trying to portray. But you’ll never see that. It’s too easy to report on a subject that you have no interest in covering and want to expose all the “evil” behind it.