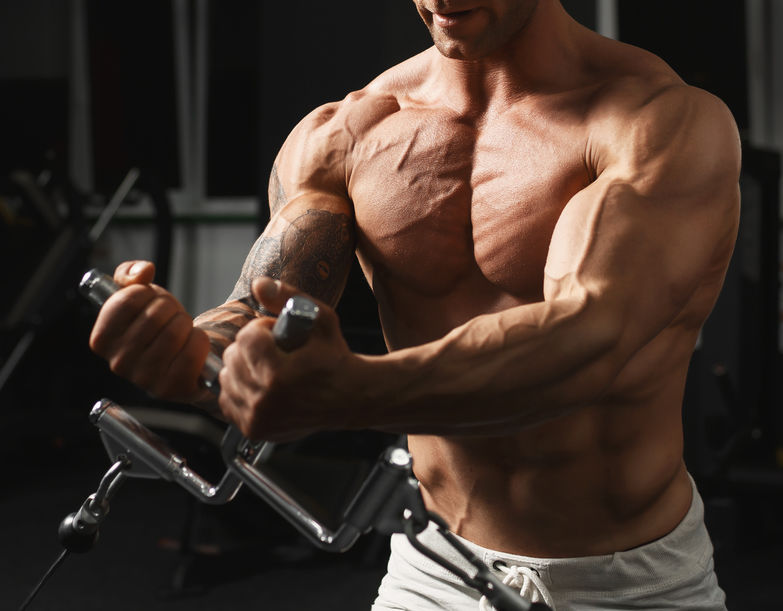 With all the negativity surrounding the sport of bodybuilding, it’s refreshing to hear of some good that comes from it. I was looking at some headlines when I came across an article about a girl who got sick, had her large intestine removed, and while in her hospital bed decided to change her life and wanted to train for a bodybuilding contest. Not something most would think about while lying in a hospital bed after surgery, but nonetheless, it was a goal of hers. Well, that goal came to fruition and she actually won the Pure Elite World Championship (bikini division) while donning a colostomy bag. This is just one of many amazing stories I have read over the years and it made me want to write this piece.

Headlines are always full of negativity

When bad news hits our industry, mainstream media is the first to make their way to the mountaintop and scream bloody murder about how bad bodybuilding is and that the lifestyle of competitors is doing damage to their bodies and making them sick or (even more seriously) sending them to an early grave.

I’m not here to say that bodybuilding is a healthy sport—it’s not. It’s extreme compared to other sports out there. And yes, there are drugs such as anabolics being used, but athletes in the NFL, MLB, NBA, and any other organization is using the same type of “illegal” products, only for different purposes. So, let’s not sit back and play pin the tail on the donkey with the bodybuilding industry. Other professional organizations have some skeletons in their closet as well. They aren’t squeaky clean with their athletes either, so call a spade a spade here and let’s be honest.

Yet, when bodybuilders get caught with steroids or are distributing them, the entire nation wants them burned at the stake. And when a bodybuilder suddenly dies, “oh my gosh, it had to be because of the steroids they were taking!” Come on. Don’t you think this witch hunt is getting a little old? We are chastising people for using steroids, yet there’s a crackhead on just about every street corner in America. So, don’t give me that business.

When Rich Piana died, or even Dallas McCarver, the news went viral with accusations as if they were there doing the autopsy themselves. The media likes to paint this picture that all bodybuilders are bad and that they all do steroids. Yet we can all seem to get over the fact that a professional football or baseball player got caught with steroids after they start hitting home runs or scoring touchdowns, right? What a bunch of hypocrites.

The good news always gets buried

As I mentioned when I started this piece, there are people out there who bodybuilding has completely changed their lives—for the better. Where are the news outlets for these stories? Or does it not fit their agenda to smear the bodybuilding industry and anyone who takes part in it. They like to publish the stories of supplement companies being sued and owners going to jail. But, what about the life-changing stories? Where are they?

Look at IFBB pros like Kai Greene and Marcus Haley. Both of them have amazing stories about how bodybuilding saved their lives. Who knows where they would be if they didn’t find the sport of bodybuilding. I’d hate to even consider it, but would they even be here today? We don’t know.

But, why has no one covered stories on these two bodybuilders? Both are down to earth, entertaining, and smart individuals. Kai is even mainstream now and can be seen on national television. I wouldn’t say these guys are the type of “bodybuilder” that the public sees in their head. They aren’t dumb. They don’t simply pick things up and put them down like Planet Fitness likes to portray. They don’t just live in the gym and eat protein every day. These guys all have lives outside of the bodybuilding industry. To them, it’s not a job, it’s more like a hobby and passion. Bodybuilding means more to them than just getting on stage and winning trophies. It’s a way of life and a way for them to take back control of their lives by using the sport as an outlet.

There are hundreds of stories that I’ve come across by using the Google search. Bodybuilding has made an impact on many lives across the globe. Got people off the streets. Took people away from gang life. Allowed people to eliminate the drug abuse they’ve been plagued by. It’s done so many good things. So, let’s put it all into perspective the next time we hear the media bashing our industry. They only see things out of one lens. They don’t get the full picture because they refuse to listen and pay attention. It’s not “cool” to support bodybuilding, apparently. And that’s fine. But at the same time, we won’t listen to the noise they are putting out either. And we’ll keep spreading the word on how bodybuilding changes lives for the better. No one fact checks mainstream media apparently. They can get away with saying whatever they want as long as it fluffs their engagement.