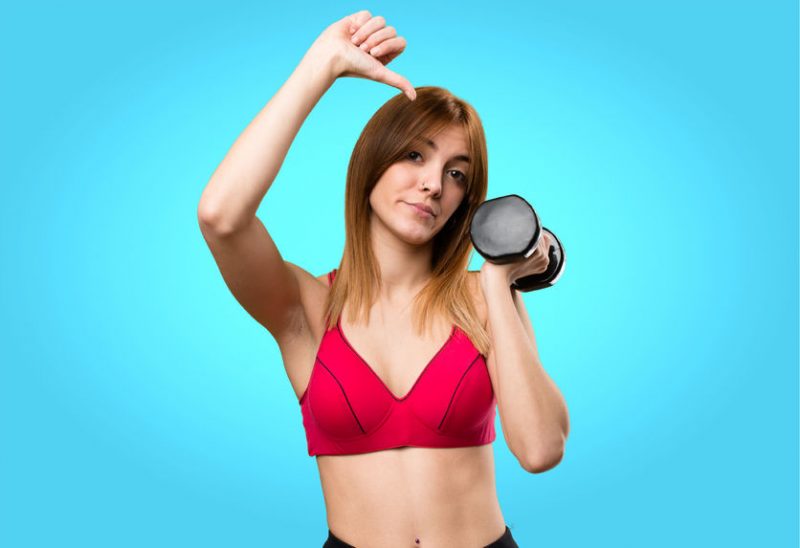 If your car broke down, would you let a guy who could barely change a tire get under the hood and start playing with the cables, taking out screws, and messing with the fluids? If you came into some money and wanted to invest for your retirement, would you trust your money with a person who couldn’t even balance their own checkbook? Of course you wouldn’t, and of course, most people wouldn’t, either. Why? Because people value their cars and their money; these are important things to them and they’re not going to let just anyone potentially ruin them. That having been, wouldn’t you think people would care enough about themselves to avoid being put in harm’s way as they get ready for a contest? This article will focus on the bad trainers, the people that don’t have any business coaching, but a big part of the blame rests with the many folks who think so little of themselves that they don’t demand the best.

Physique-based sports build character, they increase self-worth (in many cases where there wasn’t any to begin with), and they make for some really tough cookies. Someone whose a seasoned competitor can’t be hustled so easily, they can see through smoke and mirrors, and they’ll cut right to the chase. Bad coaches know this, that’s why they prey on newbies. The more of a newby you are, the better. If you’ve never competed – perfect. Don’t know a soul in the sport – even better! Nonetheless, as a future competitor and a future client, you should also know better. You can research a little, ask a few questions (and see if you catch anyone in a lie), and you can also seek out current and past clients. The problem is, most new competitors don’t do this; in fact, they simply won’t. I want to be fair, even with bad coaches, because as crummy as what they do is, some people make for very easy marks. In this article, I’m going to do my best to profile who I think is the typical bad coach, I will discuss how I’ve seen these coaches operate, and finally, I will discuss the group or team dynamic and what role that plays.

A bad coach is usually a failed competitor. Typically, it’s a competitor that did all of one show. It’s usually a really small show, not with much depth, and more than likely in a second or third tier federation. The person in question probably placed dead last or placed well by some technicality. For example let’s say the class had 4 people and the person took 3rd. Knowing all the facts, that’s second to last. Now let’s say the class was for novices, that’s second to last among people who have never competed. A bad coach will sell that as “taking 3rd in a stacked lineup at an elite level contest.” A mark will believe that, never dig a little deeper to the get the full story, and pay for someone who took 3rd. In the Olympics, 3rd gets a medal, and it’s a huge honor. Well…, whatever federation that person competed in, wasn’t the Olympics and that 3rd place wouldn’t get them so much as a clap from the audience. Nonetheless, the bad coach will make sure to have a million photos taken on the day in question (alone of course, not alongside any other competitors) and frame those shots everywhere. Bad coaches are notorious for the many different poses and angles of their shots (usually in the 1-3 shows they’ve ever done). While most clients will compete, there’s also a sizable group of regular people looking to make transformations. Some want to transform to look better, while others don’t have a choice. It’s either get healthy or essentially, drop dead. Someone who’s massively overweight, battling high cholesterol, or recently diagnosed with Diabetes, needs guidance and far too often, bad coaches seek these good people out.

For competitors and what they go through, it’s pretty outrageous as well.

There was a time when I kept hearing competitors talk about “metabolic damage” and seasoned coaches dismissing it as basically a mental hurdle. By now though, mostly everyone recognizes that it’s real. Bad coaches are spreading like wildfire. With the internet, anyone can have a web presence, and all it takes is a few clients to hustle. A good, bad coach can string along a client for a good 6 months to a year. Poor placings are blamed on the competitor, the judges, the lights, cortisol, basically anything and everything – EXCEPT – the horrendous coach. This is a practice employed over and over again, but all the while the coach collects dues, sells clothes, and gives out diets. In many cases, the diets in question are stolen. Very few bad coaches have the knowledge to put together even a basic meal plan. They’re also oblivious insofar as how to put together a workout regimen. Where it gets really crazy is supplements. There’s coaches who haven’t even, ever taken the powerful creatine powders they tell their clients to use. What’s worse, many are giving advice on how many grams of that anabolic chicken to eat, yet they haven’t the faintest idea of how each chicken breast, wing, and thigh works on the body. They also have no clue what these items can do when stacked. If you’re gonna stack a breast, a wing, and a thigh, well you gotta know how they all work – individually and collectively. You’d never eat the wing before the thigh, would ya? Lol. Ok, well clearly I’m pulling your leg (pun intended), but you know what I mean. This isn’t rocket science, but it is science. Does that make sense?

What’s worse is that bad coaches know. They know they’re playing with people’s lives, but they just don’t care. If and when a client wises up, they just move onto the next. That’s how they operate. Bad coaches are usually clueless to training and nutrition – and it shows. They will shy away from Q&A’s, they abhor second-guessing, and they are usually authoritarians. They will want to rule every aspect of a competitor’s life, because every aspect means more dollars and cents. Some bad coaches want other things. In the end, it’s a one way street, where clients become victims, and sometimes never break free.

Teams, on the other hand, are usually wonderful. I work with a handful that I know and trust, but teams can also become another bad tool in a bad coach’s arsenal. If a bad coach creates a team where key members get more attention, get more praise, and/or possibly get a cut of the proceeds, then key members of a team can also act as agents on behalf of the bad coach. What do I mean by that? Well key members of a team can take on motherly roles, they can act as big brothers, or just as real friends. I have seen and heard of situations where for as bad as a coach may be, clients won’t leave because of the bonds they’ve built with key members of the team. Teams can be one of two sorts of families. They can be the family that loves you and wants you to grow, or, they can be a gang. Gangs can be made to look and sound cool, but in reality, a gang is not where you want to be. You’re only there because you’re being used to make others successful. I have seen people take bad placings, not improve, only to be blamed for it and further strung along. Meanwhile all the competitors around them, over time, they’re all moving up the amateur – and even pro – ranks. That’s a very unenviable place to be. Still, these competitors won’t leave, because once they leave, the bonds will be broken.

Well I have a news flash for ya. Family loves you no matter what. They love you when you’re close by, but they love you and understand when you have to move away – that’s life. In many teams, once you leave, you’re forgotten. You can’t sit with the team at shows, you can’t hang out, hell – they may not even say hello to you again. These are all tools used to control and to keep victimizing victims.

The best thing you – as a new competitor – is inform yourself. Don’t get taken by a funny joke, a compliment, or any fast talking from a person who clearly is hustling you. Bad coaches are no different than the people who approach you with fake watches. They’re con men and con women, many of which have records for crimes like fraud, writing bad checks, and even stolen valor. Bad coaches can be and many times are – the bottom of the barrel, so beware!!