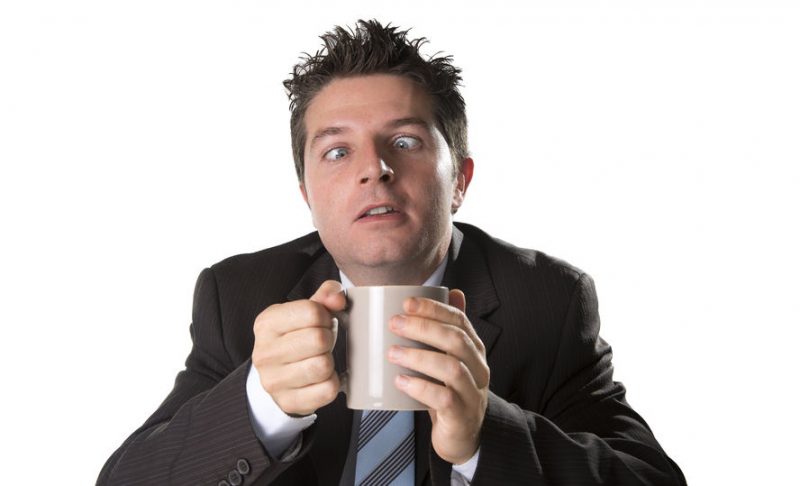 Coffee is the most consumed morning beverage in America, yet it seems like the supplement industry is missing the boat here. One would think that with so many people buying coffee and coming to market with their own prepackaged iced coffee, that at least one supplement company would throw their hat in the ring, right? Or maybe I should have just kept this idea to myself and ran with it?

Brands could use some coffee to wake up

To be honest, I’m bored with products being launched by brands these days—they’re all the same! If one company launches a new product, then you see a dozen others coming out with a copycat product within the next few months. Yet, nothing seems to be innovative. It’s the same family of products! The products seem to be an extension or reformulation of an existing product they already have. So, what about something with coffee? And not just coffee flavor.

I remember back when MET-Rx had their RTD51 Mocha Blast. I literally drank one every single morning for well over a year. It had 51 grams of protein along with 200 milligrams of caffeine. It was amazing. The drink allowed me to not only take in a good amount of protein first thing in the morning, but it also got me caffeinated (which I need every morning).

Convenience stores are looking for the fire extinguisher

Why? Because the RTD coffee category is on fire! Man, that was a bad joke. But, at least the facts are accurate. You have iced coffee RTDs from Starbucks, Monster, Dunkin Donuts, Gold Peak, and many other brands. People are pulling these off the shelves faster than they can be restocked. Every brand also has a wide variety of flavors as well to choose from. Are you listening to me supplement companies?

One market analyst mentioned, “Overall, we saw a lot of new innovation in RTD coffee—not surprising given it has been the fastest growing non-alcoholic beverage segment over the past five years. We think the biggest winner will be Coca-Cola, and to a lesser extent Monster Beverages, which has solid innovation, but has lost shelf space/credibility with retailers and many often lose the battle for cooler space to Coca-Cola’s brands distributed by Coke bottlers. We think the clear share loser will be PepsiCo’s Starbucks lines, which has a dominant share, but will likely cede considerable share to Coca-Cola and Monster.”

Why should supplement companies be paying attention?

Statistics have shown that the RTD coffee category has grown double digits every year, starting back in 2011. In 2016 they estimated that the category was worth $2.87 billion and believe when the numbers come in for 2017, that it will exceed $3.25 billion.

If that doesn’t make brand managers eyes light up with dollar signs, someone should go check their pulse. Coffee has been hot for years (no pun intended), yet no one in the supplement industry has taken advantage of it.

Why not come out with an iced coffee protein shake to put in the coolers? Or a cold brew coffee with protein? Or even something with BCAAs in it? Better yet, an iced coffee pre-workout RTD! See where I’m going with this? The possibilities are endless. With the protein example, you could have a mocha flavor, a French vanilla flavor, a hazelnut, or whatever they can think of. My suggestion would be to start with an original coffee flavor, a French vanilla, and mocha. Those seem to be the hottest flavors selling right now.

So, am I nuts for thinking this? I mean, we all drink coffee (for the most part), right? Consumers who are in our industry are crossing over to pick up and purchase the items already mentioned in this article, so why not have a supplement company grab it by the balls and run with it? Create its own little piece of the market. Brands like Starbucks keep innovating their line, so why shouldn’t supplement companies come in and steal some market share with the people going into gyms and specialty nutrition stores? Starbucks had their initial iced coffee in coolers, then they added their fraps, expressos, and now cold brew options. If these brands keep expanding, it’s probably because they see what the future holds for the category.

Do I need to make another pot of coffee?

I, for one, would definitely purchase these types of products. I’m already getting some of the other products mentioned above, so why wouldn’t I show some brand loyalty to a supplement brand if they decided to toss their hat in the ring? I’m not even looking for something like the RTD51 from MET-Rx. I’d be happy with an iced coffee RTD that had anywhere from 15-20 grams of protein in it. Add some extra caffeine to the profile, and you have yourself one heck of a coffee RTD.

And I’m sure there will be people who say just get one of the ones you already buy and dump your own protein powder into it. Yea, we could. But, it’s a convenience item, I buy it, twist off the top and drink. I don’t need to think about it. I don’t need to remember to bring my protein powder with me. I don’t need to worry about dumping my protein all over the place if I miss the mouth of the bottle. We pay for convenience. Yes, I understand we have people who brew a cup of coffee in the morning and just dump their protein into their coffee mug. I get it. But people don’t want the hassle. Hence, an RTD version.

Would you buy this or am I the only one crossing my fingers that the right people are reading this and decide to give it a go? Let us know in the comments!

Daniells, Stephen. “RTD Coffee Category Hotting up at C-Store: Who Will Win and Who Will Lose.” Foodnavigator-Usa.com, 3 Nov. 2017.