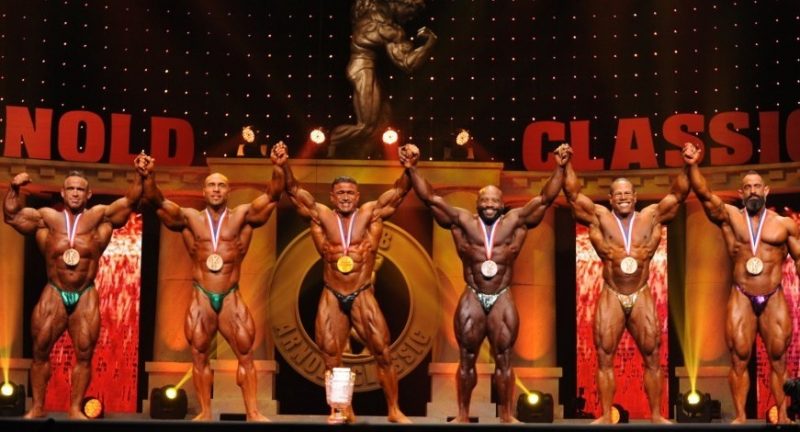 If memory serves me correct, the Arnold Classic was built off of BODYBUILDING, no? I’m at a complete loss as to what is going on with the Arnold Classic lately. First, they get rid of women’s bodybuilding and now the 212 Division? WTF? The 212 Division, in my opinion, was one of the more exciting divisions up on the stage other than Men’s Open. At the time of writing this I have yet to hear a reason why this division has been let out of the 2019 Arnold Classic but by looking around on social media, there are several people in the industry who are pretty upset about the move.

What Direction Are Things Going?

I’m at a total loss as to why out of all the divisions (both men and women), the 212 Division gets pushed out. In the grand scheme of things, it’s not like there are a ton of 212 competitors that it would be dragging out the show and filling a time slot for something more popular. I mean, let’s be honest, there are other divisions that, again, in my opinion, need to be better managed and cut down on the number of competitors. Let’s take a peek at what I mean according to the 2019 Arnold Classic invite list.

The 212 Division has always had big names and big dudes. It was basically the “side show” of the main event. And one that many people enjoyed.

Here Are My Thoughts

The 212 Division wasn’t slowing down the events by any stretch of the imagination. So, you can keep that excuse off the table. But while we are talking about slowing down the show, here are some questions I have.

1. Do we really need 35 Men’s Physique competitors? This is out of control. Why not just let anyone off the street go up and compete if you’re going to have that many competitors?

2. Do we need 19 Classic Physique competitors? I can see maybe upwards of the top 15 but no more needing to be there.

3. Do we need 24 Women’s Physique competitors? I understand that this is pretty much taking the place of Women’s Bodybuilding at the Arnold Classic but 24 seems obsessive for the division. Cut it down to the top 15 in my opinion.

4. Do we need 20 Bikini competitors? To be honest, sure, they look good in a bikini, but at the end of the day ticket sales aren’t due to their physiques. Cut it down to under 15 competitors.

If you did the above, you would have MORE than enough time to make sure the 212 Division was properly represented at the 2019 Arnold Classic. Look, I get it… Flex Lewis is no longer competing in the 212 Division, but he never showed up to the Arnold Classic lately anyway. Jose Raymond hung up his trunks and retired, so he wouldn’t be back in the line-up. There are many variables I’m sure that come into play with the future of the 212 Division. But the bottom line is that the depth of the division is still there and to not have it at the Arnold Classic seems truly odd to me.

Heck, because of the 212 Division removal, it has Charles Dixon moving up to the Open just to compete (which he was a dang good 212 competitor). Could this removal be the end of the 212 in general? Will the move now be to either step up to the Open or down to Classic? I guess we have to wait and hear from someone in the IFBB as to a reason for the change at the 2019 Arnold Classic.

It just makes no sense why Arnold and Jim Lorimer would kill off such as respected division. What are your thoughts on this? Do you care that the 212 Division is no longer part of the Arnold Classic or are you just as upset as many of us? Let us know in the comments.