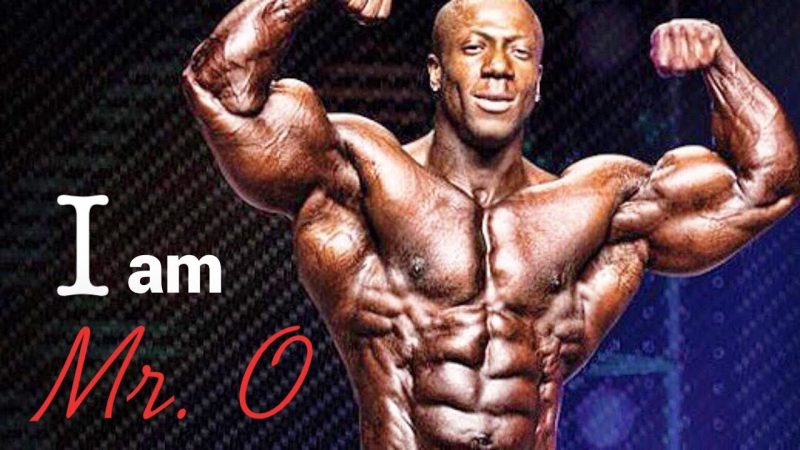 I can only speak from my own experience, but in my opinion, the 2018 Olympia was the best we have seen in a long time. I felt like the judges were 100% fair and accurate, Steve didn’t allow the athletes to get carried away on stage and made them pose when he asked, and we had some amazing records being broken. More specifically, two Flex(s) had their sights set on making history – Shawn “Flexatron” Rhoden and James “Flex” Lewis.

In 2017 I was very critical of Shawn Rhoden. In fact, I questioned if he even wanted to compete anymore. Look, he’s no spring chicken and his time in this sport could very well be coming to an end, but the look he brought to the 2018 Olympia stage made me shut my mouth and rethink things.

Rhoden didn’t just come to compete, he came to WIN. The generally very quiet competitor was quick to dissect Phil Heath’s poses at the press conference which many thought was poking the bear – never a good thing. He called many of Phil’s poses “crap.” But, Shawn backed it up as soon as the posing oil was applied and he stepped out onto that Olympia stage.

I have never seen Rhoden look the way he did on that Friday and Saturday night in Vegas. And I don’t think I was the only one who was watching that had to pick their jaw up off the floor when Rhoden graced the stage. He had the complete package. He exposed a slightly off Phil Heath and became the 14th Mr. Olympia in the record books.

A bored Phil at the press conference kept saying talk is cheap, which might be why he didn’t do much talking at the press conference since he truly didn’t have the physique to back up his mouth. After winning in 2017 and following it up with a hernia surgery, Phil mentioned his abs would be much better and he would be able to control his midsection easier in 2018. Unfortunately, this wasn’t the case and his stomach control makes me wonder if there wasn’t something wrong with Phil.

Rhoden exposed Phil from the front. In that top 5, not one competitor came even close to touching Shawn’s midsection. His abs were on point and sharp. His muscle definition had deep cuts that others simply couldn’t compete with. The writing was on the wall that if the judges were fair, Rhoden would be dethroning the champ – and he did.

There were many of us who thought from the back, Phil could hold onto his title and win his 8th Sandow, but as soon as Phil would hit any other pose from the back, your eyes were simply drawn to Rhoden. Shawn has that “x-factor” that we think of when we talk about a guy like Toney Freeman. He’s wide up top which tapers down to a crazy small waist. Then (unlike Toney), Rhoden could still stand toe-to-toe with the legs of any competitor on the stage. Again, he simply had the complete package and, in my eyes, was a look that should have been winning the Olympia for years versus the mass monsters who come in ridiculously big, but with little conditioning.

The next question in the chapter of Shawn Rhoden is if he can continue to come into the Olympia with the same size, shape, and conditioning. If so, it’s honestly going to be hard to beat him. And we all know how hard it is to knock off a reigning Olympia champion.

What can you say about Flex Lewis? The dude is consistent! In both pre-judging and the night show, I never wavered with my opinion he will win the 212 division for the 7th time. Yet, when it was all said and done, we left the 2018 Olympia wondering what the future truly holds for Flex.

Lewis announced that this would be his last year competing in the 212 and thanked his fans. With rumors of a possible comeback in the open division, many wonder just how big Flex can get in order to stand next to guys like Ramy, Rhoden, Winklaar, Phil, and Bonac. Can he potentially add enough size to look like he belongs and can hang with those monsters?

Flex also hinted that he might want to expand his family with another child. This raises the question of if he might lose some size during this period? It’s extremely hard to make a comeback in any division, let alone a comeback where you move from the 212 division up to the open.

Might we see Flex on the Olympia stage in 2019? Who knows? Personally, I don’t think so. I believe Flex will take the year off (maybe even two years) and come back to test the waters in the open division. Can he do well? Only time will tell. But regardless, no one can say that Flex isn’t a champion either way for the clinic he put on in the 212. I just hope we haven’t seen the last of Flex as he is a true champion and someone who, in my opinion, the sport needs.