You Should Pump the Brakes with Your Fitness

by Matt Weik Too much of a good thing is never a good thing. In fact, too much exercise can actually lead you down the path to dependence. Wh 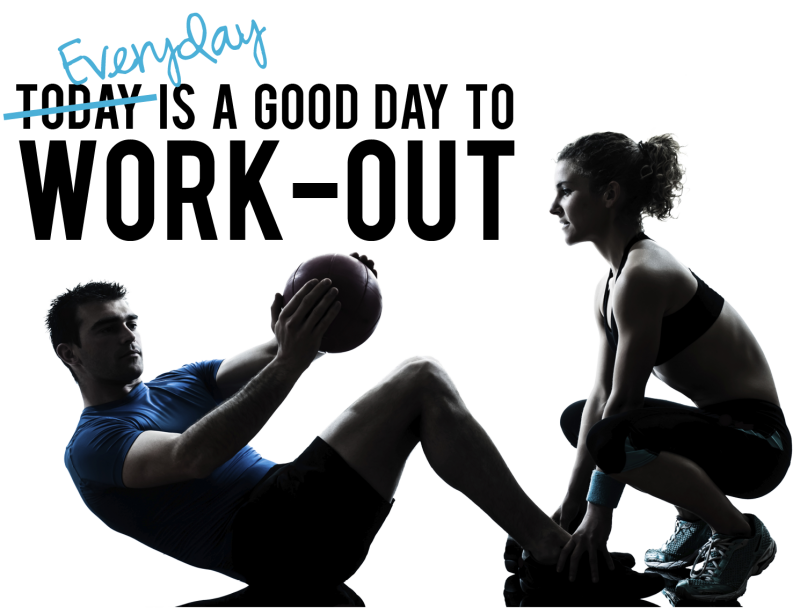 Too much of a good thing is never a good thing. In fact, too much exercise can actually lead you down the path to dependence. While it’s not a common disease we think about during our day-to-day lives, some people have what’s called, exercise dependence. If any of you follow my work in the industry, you know I have research published on the subject.

Exercise dependence while many will joke and think there’s no such thing, is an actual addiction. By definition, it’s a state characterized by a compulsive engagement in any form of physical exercise, despite negative consequences. Just like with any disease, such as alcoholism, the person affected is generally in denial and doesn’t want to admit they have a problem.

There are many signs that go along with this addiction such as:
• Withdrawal from friends and family to exercise
• Late to work or events due to time spent exercising
• State of depression if a workout is missed
• Anxiety and irritability when not exercising
• Exercising for hours due to the need to feel the physical activity
• A lack of control or the inability to stop exercising

There are a lot of people out there who exercise more than the recommended 30-minutes per day, five days-a-week. That doesn’t automatically toss them into the addiction status. In fact, there are a lot of people who exercise seven days-a-week for an hour each day—this can be considered normal and safe. Where things start going sideways is when an individual starts changing their behavior and relationship with exercise and it becomes a compulsive behavior and tendency. They are no longer giving themselves periods of rest between bouts of exercise, they are going to the gym multiple times a day for a duration longer than an hour for each session and overtraining, they are going to the gym and exercising even when sick or injured, and they tend to lose interest in social and personal interactions with others (including with family members).

Someone who is dedicated to their health and fitness can exercise often, but it doesn’t control their behaviors. They have healthy relationships with friends and family, they aren’t missing work or deadlines because they couldn’t stop exercising, they don’t get depressed or irritable if they miss a workout which ruins their entire day, etc.

Unfortunately, the fitness industry breeds this type of behavior and gives those an outlet to feed their addiction. Similar to an alcoholic working for a beer distributor, those with an exercise dependence tend to gravitate towards professions found in the fitness industry such as becoming a personal trainer or coach.

Is there a way to treat exercise dependence?

At the present time, there is no “therapy” specific for exercise dependence. Many people will seek the help of a therapist who deals with eating disorders since many with an eating disorder also include a dependency to exercise. This type of therapy involves trying to cope with and understanding the feelings and patterns these individuals go through and to find ways to channel the obsessive behaviors into another means.

The difficulty comes when an individual goes back to exercising on their own. This situation isn’t like alcoholism where it’s best for an individual to NOT put him or herself back into the situation where they are around alcohol. Being that exercise is recommended for everyone and is advised for people to take part in for health reasons, some people can’t flip the switch and only see it as that. They start to feel that compulsive feeling again and some can’t work their way back out and fall back into the dependence. It’s a fine line and takes a lot of work for someone with an exercise dependence to go back to the gym simply for the health benefits and not the feeling they got with the obsessive behaviors.

If you or someone you know is suffering from what appears to be an exercise dependence, seek help. The longer you go with the dependence, the more the habit and feeling is imbedded into your lifestyle. It becomes all you know at that point. It’s best to understand what you’re feeling and make the necessary changes to get your life back on track where you no longer wake up every morning just for the feeling you get through exercise. The negative effects of the dependence can have serious consequences on your health and life. Get help and take back control of your life.