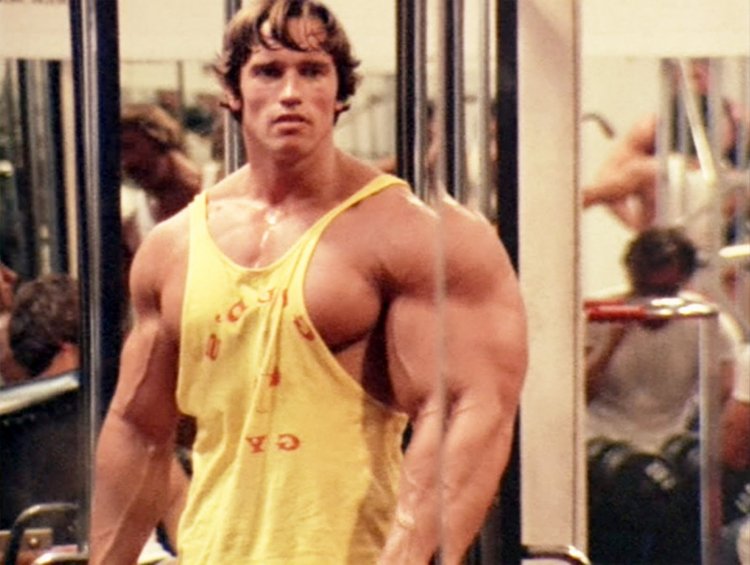 I remember when I began to workout 20 plus years ago. I weighed 141lbs and I got hooked into bodybuilding pretty much directly; I bought most of the printed mags not only to read to use as sources of inspiration. I had a bunch of the old printed bodybuilding magazines everything from MD to MuscleMag and FLEX magazine. In the early stages of my journey into the world of bodybuilding I shared the same idea as many of my friends who also had begun training and wanted to put on muscle mass; the idea that it took only time to look as massive as the guys in the magazines did. We didn’t think about the genetic factor or what AAS really meant for the game of bodybuilding.

After I had been training hard for 1 year or so and had started to learn a bit more about nutrition, At 18 years of age I realized that I wasn’t even close to half the size of the pros or even the bigger guys at the local gym. I could even see guys who didn’t really work out yet were bigger than me. I was extremely self critical and was on a mission to get huge. This fact actually created some anxiety in me as a youngster, because I tried so hard, or at least I thought so. But I kept on training because I love to train hard and heavy, and because I still appreciated the physical results I saw even if I thought they could have been better. But after more time I finally came to realization that there is a genetic factor involved — no matter how hard and dedicated I trained nor how much ate. Genetics are number one when it comes to becoming a really good bodybuilder, I would even say that genetics plays bigger role in bodybuilding compared to a lot of other sports.

With or without performance enhancers genetics are the most prominent variable of becoming a really good bodybuilder; it’s important to realize this fact from the start if you are planning to compete. Some might get a satisfaction by competing no matter how they place; in my opinion there are a lot of factors that must be in order to ever think about standing on stage.

In addition, I have a different perspective on bodybuilding, I weigh around 220 and my conditioning is good, and love what I have created and still is improving even if I never will compete. There are so many more aspects that involves passion for bodybuilding more than competing; for example this piece your are reading now – and to be part of the industry and promote athletes and the IFBB and NPC.

What it boils down to, and what everyone should keep in mind, younger or older, male or female, is that there are a lot of components which you have to be blessed with to become a really good bodybuilder or a figure athlete. Comparing yourself to top pros can create a lot of anxiety. Hence beginners get caught up in a mind spiral where they basically think that they suck because they don’t get the same gains as the bodybuilders they look up to have. The best thing is to consider the fact that some have more benefits related to become bodybuilders, but it´s also important to put these statements aside after and still continue to work harder – because another factor to keep in mind is that there are athletes who outwork those with better genetics.

In contrast; you don’t have to have top genetics to love training and build a good physique; this is about you and no one else. There are a lot of great looking physiques out there who might not fit a competitive stage – but still look superb. In today’s society many people have too high ideals when they want to change their physical appearance. Don’t get too focused on what people or models look like on social media channels like instagram or related; no Instead, make this your own journey. If you are blessed with small joints, tight mid-section, v-taper, and you put on muscle mass really easy, well congratulations – you are probably a winner of the genetic lottery, But if not, don’t worry Make this competition about changing you.

Of course we shouldn’t hide from the media and updates on our instagram accounts, as they are interesting and can be tools for motivational purposes, But take it easy on yourself and don’t think too much how everyone else look – this journey is meant to be sustainable and not manifested through performance anxiety.

The game of bodybuilding involves time, sacrifices and dedication. The ones who are the top genetics will have an advantage when it comes to competing; however, hard work beats talent when talent isn’t working as hard as you do. In addition, always strive for become the best version of yourself. As mentioned earlier, everything related to building muscle and get strong isn’t about competing, there is a place and additional happiness connected to the world of bodybuilding, competing or not.

This becomes your journey as soon as you buy your first gym membership and take those first steps inside the gym. The athlete you should compete against is the earlier versions of the one you see when you face the mirror.