Newer PostExercise Helps Those with Advanced Cancer
Older PostThe Key to Weight Control Is Exercise, Right? Wrong.
Share on FacebookShare on TwitterShare on LinkedinShare on Pinterest 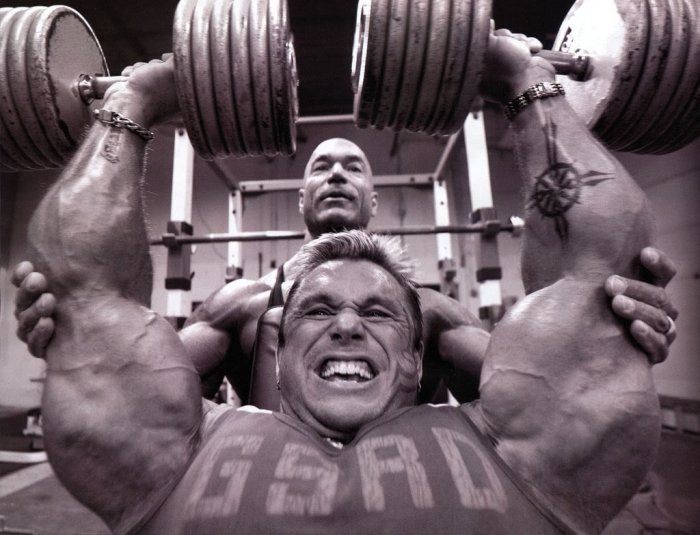 We say that if we do not learn from history, we are doomed to repeat it. So, my question is, if we learned from previous bodybuilders back in the 70’s and 80’s how to build a physique very few are willing to put in the work to attain, then why are some currently bodybuilder disrespecting the golden era of the sport mentioning they can’t compete with the bodybuilders of this era? Then on the flip side, you have bodybuilders from back in the day saying the physiques of bodybuilders today are not aesthetic, too big, and not truly attainable. This whole back and forth is dividing the sport and creating unnecessary controversy in my opinion. We need to get back to the thinking of how to build upon the sport today and continue to make changes that allow the sport to be successful and have longevity.

If you ever watched Pumping Iron, you can’t help but see how much enjoyment the bodybuilders back in the day had. Not only did their friendships stem from the gym and their workouts together, but many of them were friends outside of the gym. In the film, you see Arnold and the crew having fun on the beach and throwing the football around, simply enjoying everyone’s company. In the gym, they would joke around and have fun, yet were there to push each other even though they were truly competitors who would ultimately need to do battle on stage standing next to one another. These days, you rarely see professional bodybuilders hanging out together and having fun or even training together—which is a shame. It makes the industry and competitors appear more self-centered and unfriendly.

As with anything, evolution needs to take place for something to progress and improve. Back in the day when Arnold Schwarzenegger, Franco Columbu, Lou Ferrigno, Frank Zane, Boyer Coe, Bill Grant, Serge Nubret, Dave Draper, Larry Scott, Mike Mentzer, and many others were on the scene, they were idolized as physiques of the God’s. No one back then was walking around looking like these guys. They put in the work at the gym and fine-tuned their nutrition to come into shows stage-ready. Did they have steroids back then? Yes. Were many of them using steroids to aid in achieving their physique? Yes. But technology back then in terms of science and nutrition are not what they are today. So, we need to put things into perspective when we compare the yester-years to today.

Several years ago, I was lucky enough to have interviewed Serge Nubret. We spoke about Arnold and Lou and the many experiences they all had together. We also dug into the “science” aspect of the sport today. Serge very openly told me that he feels steroids are hurting the sport and bringing bodybuilding further away from what it should be—what he called “an art.” He mentioned when he started training back in 1958 there was no talk of steroids. At the time, he was living in Guadeloupe and didn’t even know what a protein powder was at that point. These days, just about everyone on stage is utilizing protein powder to get more protein in their diets. What Serge was really driving home is that the “look” of today’s competitors is different than it was back then. For him, the change was too drastic. He is used to seeing tight midsections and vacuum poses that made the waistline disappear. These days, many competitors have issues managing their midsection on stage and some give off the appearance of being distended. Arnold also mentioned something similar a few years ago at a seminar following The Arnold Classic in Columbus, OH. Arnold believed that Kai Greene should not have won and mentioned that Cedric McMillan, in his opinion, had a much better physique that was aesthetically pleasing. This opened up quite a bit of controversy in the industry where people were saying Arnold should stay in his lane and all he knows is what the golden era looked like and he has no place judging what the competitors look like on stage today. Frankly, I disagree with many people and think Arnold’s opinion does matter and that whether or not people agree with him, he has the right to be heard—especially after all he’s done for the sport of bodybuilding and being named one of the best bodybuilders of all time.

Bodybuilding as we know it today has changed from the golden era, and in my opinion, that’s ok. The changes that have taken place have opened up new doors in terms of divisions where more athletes have the ability to jump on stage to compete regardless of their overall musculature and weight. We have men’s physique, classic physique, men’s 212, and the open division. Back in the day it was never like this. The evolution of the sport while many think has gotten out of hand, has created new opportunities that personally I am a fan of. I’m a diehard bodybuilding fan, but I like people who work hard yet aren’t exactly genetically gifted to have the opportunity to get on stage and showcase their hard work in the gym and kitchen.

Sure, you can debate the steroid issue in the sport, but even back in the day the sport was going that direction. The real difference is that the drugs and science today are so much better than they were in Arnold’s day. Can you image what Arnold would look like if he had all the tools competitors have today at his disposal? It’s my personal opinion that if Arnold was competing today with all the new age science, drugs, supplements, nutrition knowledge, and equipment, he’d have a good chance at showing up just about every bodybuilder that graces the stage these days.

Look at any sport today and tell me that the athletes haven’t progressed over the past 30-40 years. Of course they have! Every sport has evolved. Do you hear anyone saying, “Man, I wish the NBA would go back to when everyone was a shooter and there were no fancy dunks in the sport.”? Nope. Just like with that example, the physiques of today are like caricatures and that attracts people to shows to fill up the seats. It’s like going to the circus, you want to be entertained and see some crazy things.

Can’t we all just get along?

Competitors need to agree to disagree and be civil about things if they expect the sport to continue growing. While the old-school bodybuilders don’t like seeing physiques that dwarf their former self, they need to understand that the sport has evolved. There are more fans engaged with the sport today than ever before. Venues are filling up all the seats and creating huge revenues. Not to mention that bodybuilders today are paid much better than they were back in the day. In fact, winning a major show back in the day is pennies compared to what these athletes are making at contests like The Arnold Classic and The Olympia. In fact, if you win the Olympia, you’ll make more in just that show alone than what most American’s bring in as a household income. Think about that. Yes, we need to remember that it’s one show that many bodybuilders prepare for the entire previous year, and if they don’t win, there goes a lucrative paycheck—so you can’t count on winning The Olympia as your main source of income each year.

I believe many bodybuilders are having their pride hurt when they are being compared against the golden era or the new-school competitors. What everyone needs to remember is that they all share a common interest—and that’s the sport of bodybuilding. The old-school bodybuilders did everything they could to help build the sport back then, just like the new guys are trying to do today. There’s much excitement in the sport these days with the advent of so many new up and coming stars. You have your Phil Heath’s, Kai Greene’s, and Dexter Jackson’s of the world, but then you have the new blood entering the sport like Dallas McCarver, Justin Compton, Nathan DeAsha, and many others who have big shoes to fill when the top guys leave the sport. Why try to destroy a sport that everyone has helped build? Work together. Put your differences aside and work towards a common goal of building the sport and engaging a larger audience. That’s exactly what the NPC/IFBB is doing by adding all of these new divisions. It opens up the doors and expands into areas of fitness that were untapped at the time.

We can either all come together to build up the sport we all love, or we can fight and argue and tear down everything we have all worked so hard to create today. The choice is yours. You can be sure of one thing, my gloves will definitely come off if someone wants to destroy the industry and sport that I love and have helped build.