Which Retired Bodybuilder Should Make a Comeback Next?

by Matt Weik It’s funny. I've been thinking about this for a few weeks in my head just for fun and decided to put it on paper. With so many g 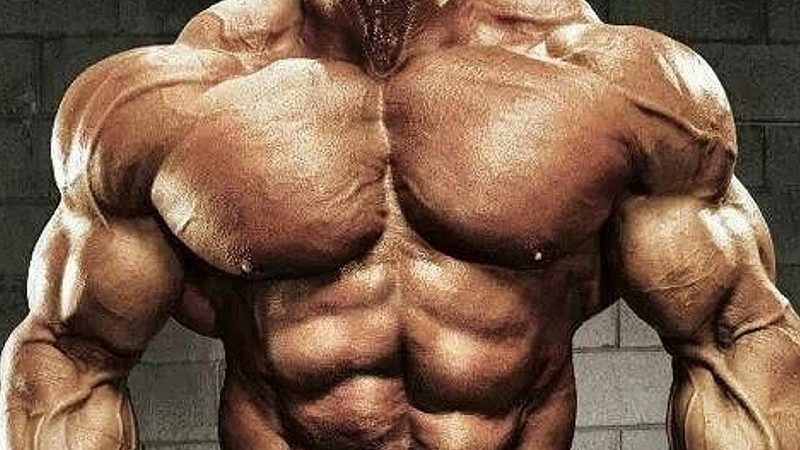 It’s funny. I’ve been thinking about this for a few weeks in my head just for fun and decided to put it on paper. With so many great bodybuilders out there who retired from the sport, who do you think right now could make a comeback if they wanted to? My answer might not be that shocking to many if you’ve listened to old episodes of Central Bodybuilding Radio. It’s a man who I have great respect for, and feel even to this day has an amazing physique. He’s one of the best ambassadors for the sport and even after retirement continues to give to his fans and the sport he loves.

It’s hard to not think about having Ronnie Coleman on this list. Eight-time Mr. Olympia winner, 26 IFBB titles (recently broken by Dexter Jackson), and one hell of an entertainer. Hitting the stage around 300 pounds, he was no joke. He didn’t win those eight straight Olympia titles by luck—he was a freak on stage, literally dwarfing everyone he stood next to. Unfortunately, with the injuries and surgeries that Ronnie has went through over the past few years, a comeback from one of the most recognized individuals in the sport is slim to none.

No spring chicken, himself, Dorian Yates would also be someone who at this stage could come back and compete possibly in something like Classic division—similar to what Flex Wheeler is doing. Tearing his biceps and triceps ultimately ended Dorian’s career and his arms to this day are still not the same. Could he come back? Eh. Doubtful. But he’s a man who had 15 wins under his belt, including six Mr. Olympia titles.

Shawn Ray is another competitor who could possibly hit the stage in similar fashion to Kevin Levrone. Unfortunately, I think the same result would happen to Shawn where the field wipes the floor with him. Back in the day Shawn had an amazing physique, but going up against some of today’s competitors I don’t think it would be a wise decision—not to mention many of today’s competitors are not thrilled with the things Shawn says about many of them. For his loyal fans, they still get to see him emceeing at different events throughout the year, so he hasn’t totally disappeared from the industry since retiring.

Someone who would probably need to be invited back into the IFBB to make this happen (which is unlikely) would be Lee Priest. Have you seen him lately? He’s still a little tank. Give him some time to diet and I honestly think he could come back and do some damage and turn some heads on stage. At 45, it’s extremely possible for him to jump back on stage. Think that’s too old? Go talk to Dexter Jackson about that. But overall, Lee is one of the funniest bodybuilders in the history of the sport. If you can’t get a good laugh over the things that Lee says about life and bodybuilding, you need to go get your head checked.

The Oak! Just kidding. Arnold’s ship has sailed and at 69, his resume doesn’t need any help. Would it be cool to see the type of conditioning Arnold could get into right now? Absolutely. But let’s be realistic. He’s got nothing left to prove, he’s making tons of money with his many different business ventures, and even after retirement he’s still one of the most polarizing figures in the sport. Arnold can’t walk down the street without people snapping his picture—how many other bodybuilders out there get this type of treatment? None that I can think of other than maybe Lou Ferrigno. Certainly none of the bodybuilders stepping on stage these days. There’s one person I haven’t mentioned that I feel can really come back and make a splash.

Without a doubt, I would like to see four-time Mr. Olympia winner Jay Cutler make a comeback. Some people might think four isn’t that impressive when you look at some of the other greats in sport, but we also have to remember that he was going up against the great Ronnie Coleman all those years and would finish 2nd. While we only remember the wins a competitor has, it’s hard not to still recognize the six 2nd place finishes at the Olympia and the great battles he and Ronnie had on stage. On top of the Olympia titles, Jay had three Arnold Classic titles as well.

I have so much respect for the man and feel he has done so much for the sport. I’ve had a chance to be around him during his career, ended up by chance sharing a few cabs from hotels to the airport when out at the Arnold, Olympia, and Bodybuilding.com Fit Expo when I was with MET-Rx and he was promoting BPI or his Cutler Nutrition brand. He’s truly a down to earth kind of guy and extremely smart when it comes to business.

Standing at 5’10” he would still look down on most competitors on stage today. When competing Jay was around 260 pounds—and to this day that’s still a good number to be sitting at on stage. Jay had massive size to him, great muscle separation, and an amazing stage presence. The only thing that threw me off with his physique (and it’s not something he could control) were his abs. They were almost like looking at a jigsaw puzzle. His midsection in general appeared to be the part he struggled with most. Sometimes it would come in tight, other times he would come into a show a little on the wide side of the spectrum. But overall, I can’t say enough good things about the man and would definitely want to see him hop back on stage and see how he can hang with some of the newer competitors.