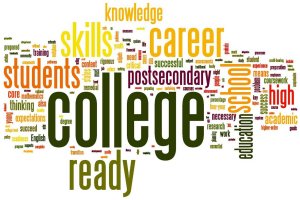 People seem to joke about the “freshman 15” on college campuses across the nation, but the truth is, weight gain during college is real and it has consequences. The freedom gained by young adults when they go off to college opens up the floodgates of opportunity and poor choices. Opportunity to live a lifestyle they might not have had when living at home with their parents and choices that aren’t ideal for their health and well-being. In fact, this new journey for many involves the lack of activity—other than drinking and partying (oh, and let’s not forget studying somewhere in between naps and parties).

Here’s you diploma and your medication

A recent study shows that while the “freshman 15” might not actually be true, over the span of a 4-year degree many students will put on an average of 10 pounds by the time they graduate—and this isn’t the lean muscle mass type of weight you want. In the study, researchers documented students weight and body mass index (BMI) during their first and second semesters as a freshman and then again upon graduation after 4 years.

To begin the study, the average weight of students came in at 147 pounds and 23% of them were overweight. 4 years later when they were measured again, that number was increased to 157 pounds and 41% were found to be overweight (an increase of 78%). Along with those extra 10 pounds of weight that they are carrying around, they also increased their chances of health issues.

With the increase in weight comes an increased risk of health issues. These issues include things like heart disease, high blood pressure, and diabetes.

Taking a closer look into the weight gain of these college students, the researchers found that on average, the students gained around 3 pounds their freshman year. From this finding the researchers mentioned that, “These findings suggest that health practitioners should not limit their programming to just to that first year, but extend it over all four years of the college experience.”

One researcher closed out the study by saying, “This study and earlier ones suggest that college students are prone to weight gain that can impact their health in the present and even more significantly in the future. An important element of any strategy to stem the obesity epidemic would be to target this population with behavioral interventions over all four years of their college careers.”

More programs need to be put in place to help keep students active during their time at college. A lot of times students are found in their dorms being stationary while watching television or playing videos games (or drinking). Activities to get students active and moving would be ideal to minimize the chances of weight gain and the risk factors that come along with it.