Where Will the Sport of Bodybuilding Be in 20 Years? 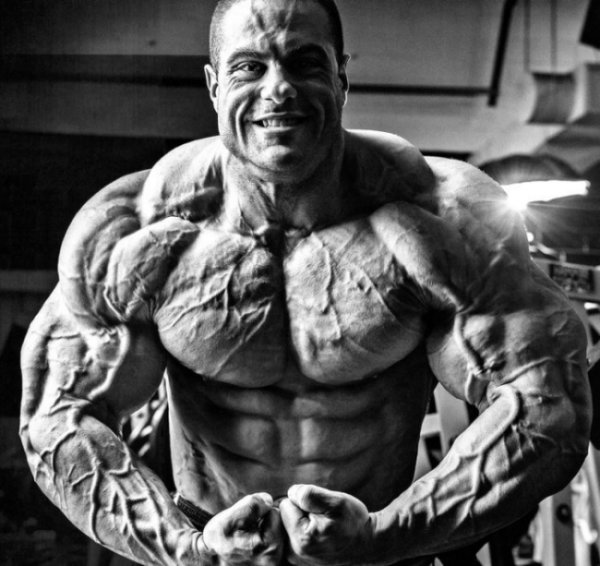 So much has changed in the sport of bodybuilding over the years that sometimes it’s difficult to think about what the future may hold. I’m going to attempt to take a shot in the dark here with my prediction. Some people will agree, some people will disagree. Some people will like what I have to say, others will probably be angry. But, here goes…

Science will create the new Era

In case you live under a rock or are naïve to think the bodybuilders we watch on stage these days are natty (natural), I’m about to burst your bubble—they aren’t. Get over it. I’ve published articles in the past as to why I don’t care that they aren’t natural athletes, feel free to go back and read them to save us some time on this piece. The fact that we have human beings walking around this earth at 300 pounds and 6% body fat is simply astonishing. You think dinosaurs and aliens are cool, I think 300 pound jacked to the gills bodybuilders are cool. To each his own. It’s not natural, it’s not normal. Look around your gym when you go today. How many 300 pound jacked dudes do you see? I’m not talking about the marshmallow in the corner looking like an overweight ogre. I’m talking about lean behemoths of mere mortals. Don’t see any? Me neither.

The art of chemistry is fine-tuning physiques these days. Yes, you can’t negate the nutrition and training protocols followed by competitors, but let’s be honest, a quality cycle of steroids will still put on some lean mass on the loser living in his parent’s basement playing XBOX and eating Cheetos all day (I expect checks from both of those companies for the plug, you hear me Microsoft and Frito-Lay?). While many of these bodybuilders aren’t taking anywhere near the amount of drugs we would expect to hear them using, nonetheless, they are still using some of the best injectables out there to gain an edge on stage and in the gym. Do you think it’s normal for people to be leg pressing 2,300+ pounds like Ronnie Coleman was doing? Heck no. If you think so, you probably have a pet unicorn that you call Pebbles. Snap out of it, kid. That’s not normal.

I predict we will see some new designer injectables coming out over the next several years that will change what we already that was impossible to what will turn into the unimaginable. We will see some freaks roaming this earth at a weight and physique that would make the Incredible Hulk look like a malnourished kid from Africa.

The condition where bodybuilders don’t feel like they are big enough will continue. When you have guys like Big Ramy walking around at 316 pounds, in 20 years I expect to see bodybuilders walking around at a fairly lean 400+ pounds (easily). Will they be aesthetic? Eh, maybe not. Will they be freaks that people will pay to sit their butt in a seat to watch on stage? You bet they will. If I’m still around in 20 years (I hope I am, heck, I’d only be 54 years old), I’d be right there in the front row taking it all in. And then shortly after probably writing an article about the experience for you to read as a recap.

I see the open division exploding and turning into a circus act—more so than it already is. I see the 212 getting bumped up to the 225 or 235 (or so). I also predict that Classic Physique will end up looking like the current 212, only with a more aesthetically pleasing physique with better lines, symmetry, and tighter waists. The guys in Men’s Physique will end up shifting to a look similar to what Classic Physique is today. So, ultimately what I’m saying is that all segments of the industry will evolve—which is ok. I’m not knocking it, I’m just saying things are going to be drastically different. Things will be bigger. Much bigger.

I also feel that the number of competitors in bodybuilding will be affected. You’re not going to see as many athletes willing to take it to the extreme in order to get that big to compete with the other professionals. On top of all the drugs needed, think about the money involved just to feed a body that is sitting at 400+ pounds. Think about how much time that would take up in their day as well to consume all of those calories—it would be a full-time job in itself. It’s not like you’re driving home and need a quick bite to eat so you swing by McDonald’s and grab a burger and fries. We are talking about guys who would be ordering damn near everything on the menu as just ONE of their meals.

Get a real job

A section I want to end this article on is the prize money. While the prize money today for shows like the Arnold and Olympia are pretty nice, I don’t feel like those amounts are going to continue to grow. Shows like the Arnold and Olympia need sponsors. As the physiques of bodybuilders continue to grow and become unattainable, less and less sponsors will want to sign up and shell out money because their consumer doesn’t want to look like that—it’s not something to are striving to become. They may admire those physiques and how much work it took to get there, but the commitment to get to that point is not something most people would want to sign up for.

Supplement companies are truly what’s funding the industry. They are paying for booth space at the shows, paying for advertisements at the show and leading up to the show, etc. Those funds are going to dry up faster than a witch’s… well, you know. A broom ride will be the only pleasure she’s getting—we’ll leave it at that. Once the supplement companies bail on the sponsorships and showing up for the expos, bodybuilders today won’t be making near the amount they were making. For that reason, they’re going to need to get a real job to support, what would be at that point, their hobby. This is another reason why I feel there won’t be as many competitors jumping on stage.

So, while the future of the industry might be bright for some, it’s going to be dreary for others. As things continue to evolve at the pace it’s been over the last 20 years, another 20 might be the beginning of the end. This would be extremely sad to see, but unfortunately, it’s a real possibility.