Where Are the Rivalries in Bodybuilding These Days? 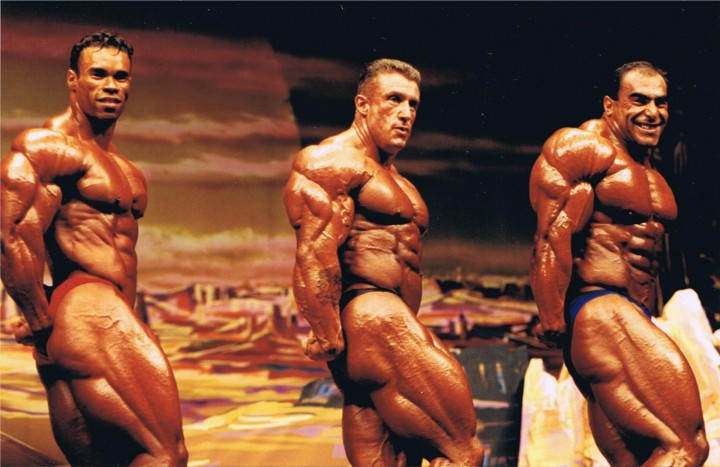 Is it just me or are IFBB bodybuilding competitions starting to get stale? There are no rivalries anymore to get us excited to see individuals go head-to-head on stage. I remember when I first got into the bodybuilding scene, you had Jay Cutler and Ronnie Coleman constantly battling it out with Ronnie always coming off victorious until the very end when he was dethroned on the Olympia stage. Even though everyone expected Ronnie to win every show he was in, there was still that excitement where we all wanted to see if Jay could bring his best package and take down the king.

Once Ronnie retired, Jay took over the industry and in my opinion, was one of the best ambassadors for the sport. Then came along a hungry Phil Heath who continued to do battle with Jay just like he did with Ronnie in previous years. And in similar fashion, Jay came into the Olympia a little off which opened the door for Phil Heath to take the crown. Then in the following years, the battles began between Phil and Kai Greene until Kai walked away from the stage for some unknown reason.

We have drama, but no rivalries?

All of these rivalries over the years made the sport fun, interesting, and entertaining. We don’t have that same feeling these days. Today it’s as if the sport is completely individualized. There is no rivalry between Phil (the champ) and anyone else in the open division. Heck, there isn’t even a rivalry between any of the other competitors on stage. What is a sport without some type of rivalry?

Will a rivalry start to form between Dallas and Cedric? Maybe? I hope so. Both are big fella’s with a lot of muscle on them. While Dallas has a thicker midsection, he might be the closest bodybuilder right now to do battle with Cedric when the likes of Phil, Dexter, Rhoden, and some others aren’t in the line-up. But with most of the top bodybuilders sitting out many of the shows in hopes of bringing their best package to the Olympia stage, it doesn’t leave us with much to get excited about. The Arnold Columbus could have been more interesting if people like Roelly, Ramy, Dexter, and some others would have been in the line-up.

As fans, we want to see the top bodybuilders competing. And competing more than once each year. With many of the bodybuilders coming from Oxygen Gym, we have a lot to look forward to from a physique standpoint. Bader is doing an amazing job allowing bodybuilders to travel from all over the world to use his facility and get these bodybuilders in the best shape of their life. Many people counted Victor out for good, but after a trip to Kuwait to train at Oxygen Gym, he came back looking like a completely different bodybuilder. I’m not sure if it’s something in the water over there, better drugs, less distractions, or a combination, but I’m extremely impressed with the physiques that have been coming from Kuwait. That might just be the saving grace from bodybuilding in 2017 unless all of a sudden Kai decides to put his trunks back on and see if he has anything left in the tank to do it best to take down his nemesis, Phil Heath. But the Camel Crew over in Kuwait is really shaking things up over the last year. Just look at what happened last year with De La Rosa, Roelly, Ramy, De Asha, and the new 212 sensation, Ashkanani.

Is a change on the horizon?

Overall, I’m still starting to get a little worried about the open division. While we have many new up and coming stars, it seems like the open division is turning into a bunch of rookies and newbies coming onto the scene and trying to make a splash—which isn’t necessarily a bad thing. But, when we are used to seeing some of the top bodybuilders gracing the stage a few times each year and now have many of them taking a seat to work on their package for the Olympia, it’s leaving many fans hitting the snooze button.

I’d love to see something happen this year, and it appears the biggest thing is going to be Flex Wheeler coming back to the stage—only this time in the Classic Physique division. There are a lot of bodybuilders getting into Classic and a lot of the Physique guys are putting on size to jump up to the next class. I think it’s a good move, as many of the physique guys were borderline big enough to jump in Classic anyway. I guess we’ll have to wait and see what happens and how it all unfolds.

What are your thoughts on the current state of the open division? Do you feel the same way or do you see it differently? Do you feel the lack of rivalries are hurting the sport or do you not feel that it makes that much of a difference in the grand scheme of things? Let us know in the comments.