Newer PostLooking to SEAL the Deal with a Recovery Drink
Older PostSpearmint Extract an Ergogenic Aid? 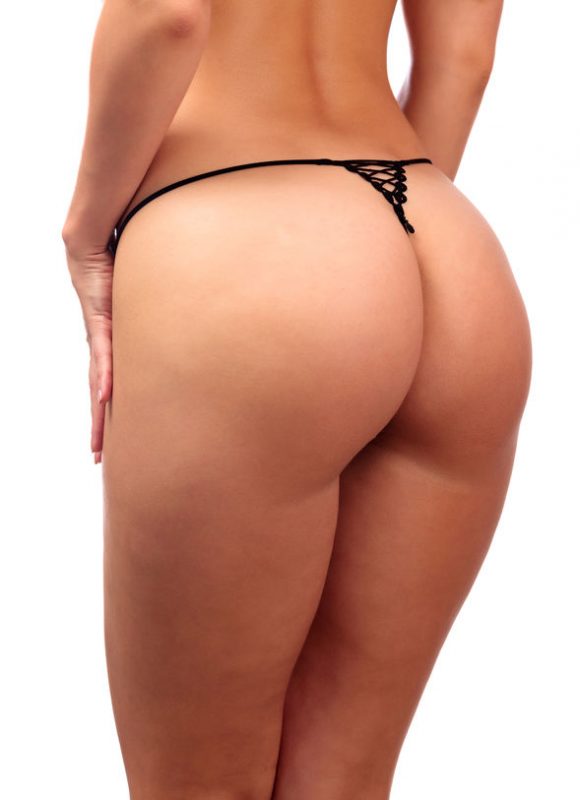 Everyone is entitled to do with their body whatever they want. Tattoos, piercings, muscle building, shave, grow out your hair, whatever. All of those examples are common in today’s society, yet, there is one woman who is taking her body to the extreme and it could cost her life—which she already said she’s willing to die to achieve. A Pennsylvania woman wants to have the world’s biggest hips. As odd as that may sound, it’s true. And yes, I live in this state.

No, we aren’t jamming to Shakira and Wyclef’s song “Hips Don’t Lie.” Instead, we are talking about a lady taking things to the extreme, which could send her to the grave. It’s tough to think about all of the body image activists out there promoting larger frames when you have someone doing what this lady is. A woman in York, Pennsylvania (about 35 minutes from me) is purposely gaining weight so that she can have the world’s largest hips. A study in 2016 found that the average woman’s hip measurement fell around 37.5 inches. In the case of this woman, her hips are currently measuring in at 95 inches (at a body weight of 542 pounds) with the record being 99.

When asked about her hips, she mentioned that it’s what makes her “unique.” She has found somewhat of an online following with people buying photos of her as well as people paying for “crushing sessions” where she sits on them (this is a fetish where bigger women squash men by sitting or lying on them for the man’s pleasure and enjoyment).

The price you pay

I think it is fair to say that a female weighing 542 pounds at 5’2” is not healthy. The source of this information did not mention any true illnesses or diseases she could currently have due to her choice to try and set the record, but I’m willing to bet there is a laundry list of things that are going wrong in her body. She mentions in the piece that she has an underactive thyroid, but her nutritionist does not believe her. That in itself is confusing as if she wants to gain weight to break the record, she clearly isn’t following the advice of the nutritionist. Which then begs to question why this nutritionist would want to be associated with her if she refuses to listen to and apply the advice she is giving?

Her doctor, also, isn’t allowing her to leave the house and due to her size, she has limited mobility and is unable to do most of the things we do in our day-to-day lives due to her sheer size. She, herself, mentioned that she is at the point where she is so large that she isn’t able to move through doorways or even go up her stairs without turning sideways due to how wide her hips are currently. Her quality of life is suffering immensely which makes myself and others question why she wants to take things further.

At this point, she truly has one foot already in the grave. It’s a matter of how much further she is willing to push herself until her health ultimately fails completely. Everyone from her doctor to her nutritionist have asked her to consider stopping and going through gastric bypass before it’s too late.

If you read the last line above with her quote, you need to sit back and think about where we are as a society when your goal in life is to be remembered for being the person who has the largest hips in the world. Think about how unhealthy that sounds. You might as well try to be the heaviest woman on the planet and it is right in line with what she is trying to accomplish here.

I honestly feel sad not only for her, but her family, husband, and for the direction we are heading as a society. We consider it taboo to talk about weight these days since it’s such a sensitive subject and many find it offensive. Yet, no one is talking about the consequences of NOT talking about it. When we live in a society where people don’t care about their health or their life, what example are we setting for younger generations? That it’s ok to be unhealthy, extremely overweight (morbidly obese) just to win a contest or have a record?

Does everyone understand what they just read and comprehend how dumb that sounds? We’re getting fat to prove a point apparently and be remembered “for something.” That could be the dumbest thing I’ve ever heard. Why not grab life by the balls NOW and lose all that weight and be remembered for being the person who almost died due to their weight and turned their life around. Be an inspiration to those who are morbidly obese. Be their shining light and example of what can be accomplished through hard work. Instead, we’re going in the opposite direction. And it’s quite sad.