Newer PostSpearmint Extract an Ergogenic Aid?
Older PostProud to be Old School
Share on FacebookShare on TwitterShare on LinkedinShare on Pinterest

The bodybuilding entrepreneur and owner of Oxygen gyms, Bader Boodai has fast become a real power house in the world of bodybuilding. It all started, or catapulted the day when the previous Egyptian fisherman Mamdouh Mohammed Hassan Elssbiay or also known as “Big Ramy” stepped on stage and easily won the NYC Pro in 2013. A whole world was stunned; who was this guy, and where did he come from?

After a few weeks of journalism it stood clear who Ramy and the man behind everything was. The guy with extreme passion for bodybuilding and the one behind both Ramy’s great work to achieve his enormous physique as well as the one who picked Dennis James to be his coach, Mr. Boodai.

Since then everything have developed very fast; more and more prominent bodybuilders of the world, like: Roelly Winklaar, Nathan De Asha, Brandon Curry has been living and raining at the Oxygen Gym at Jabriya, Kuwait, and competed very successfully. 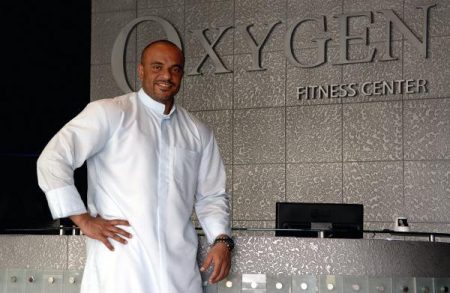 Brandon Curry for instance found the recipe to develop his extremely good potential by using the anabolic chicken. Even if Curry hasn’t won over names in top of the food chain yet, his physique has improved tremendously.

And after the day Roelly entered the doors to the gigantic O2Gym facilities he has never really been out of shape, it was a whole different story with Grandma back in the day.

However, recently the Camel Crew has been under fire from all around the bodybuilding world. For instance before Olympia in 2017 a so called “magic mirror” got called out because critics thought that the o2 athletes looked better than they really were. Additionally, we all know by now, that the magic mirror in fact was the real deal,

Many people actually despise the IFBB Pros for going to Kuwait to improve their careers. I believe that it´s a bit because of jealousy and that they keep their athletes local so to speak, but hey they are just trying to be better physical versions of themselves and not changing their passports.

The whole concept that Bader Boodai brings is an important outside unit which forces the rest of the world of bodybuilders and gyms to change up gears to become even better than before to be able to compete with the rise of the Camel Crew.