What is Erythropoietin (EPO)? 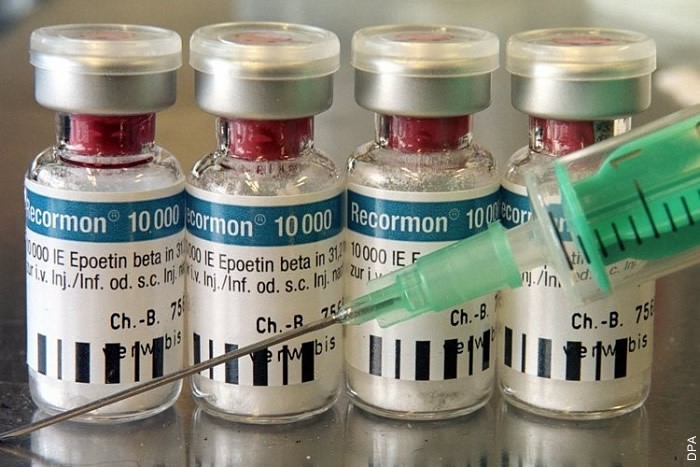 The increased payoff for dominance in sports has led athletes to rely on a larger variety of drugs that carry more dangers than those in the past. Drugs that weren’t even available during Arnold’s era, such as IGF-1, cortisol blockers, and certain diuretics have become common among bodybuilders looking to display a physique that is bigger and more ripped than ever.

One example of a drug that is now being used to increase performance and appearance is erythropoietin (EPO). This naturally occurring hormone is produced mainly in the kidneys, with a small portion of it being produced in the liver and other tissues. The synthesis of EPO is stimulated by low levels of oxygen reaching the kidneys. EPO will promote the production of red blood cells, and the hemoglobin found in red blood cells is the primary oxygen transporter within the body. So more EPO leads to more oxygen rich blood.

EPO was first isolated in 1977, and it would take about a decade before a synthetic version would be made using a process involving recombinant DNA. It would first be approved by the FDA in 1989 to treat anemia’s associated with kidney disease and other ailments. Its sold under the trade names Procrit, Eprex, and Epogen.

Until the development of the synthetic version of EPO, anabolic steroids such as Anadrol were used to treat cases of anemia’s associated with kidney failure. Anabolic steroids promote the synthesis of EPO in the kidneys, so they essentially have a built in red blood cell builder.

Hematocrit levels is the name for the test to determine the amount of red blood cells present in blood plasma. In adult males, a normal range for hematocrit is between 42% and 54%. Anything above 54% is an indicator of potential cardiovascular and circulation damage. In women, these numbers are even lower – 38% to 46%.

EPO was designed to increase hematocrit levels in patients who are deficient. Before EPO was available, some endurance athletes used a technique called blood doping. This procedure involved drawing an athletes own blood, storing it, and then reinfusing it a few weeks later. This resulted in an elevated hematocrit, or concentration of red blood cells. The increased hematocrit increased oxygen delivery to the muscle (VO2Max), resulting in an increase in endurance.

Since the introduction of EPO, blood doping has become less common, but it still occurs among endurance athletes. Upon it’s release, synthetic EPO became highly sought when an early study concluded that athletes could increase endurance by 10% after taking EPO over a six week period. This number may appear minor on paper, but this increase is significant to any endurance athlete. 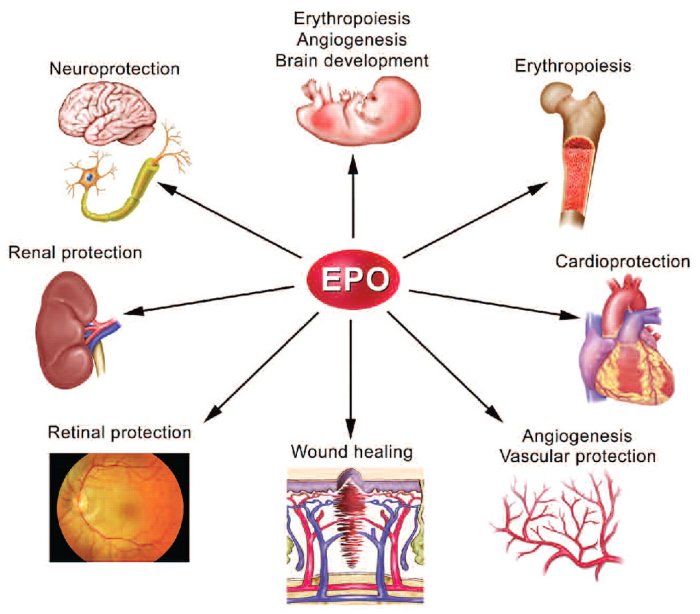 When EPO is given as an intravenous injection, the half-life is four to five hours. When taken subcutaneously, the half-life is extended to 20 hours. This variation in half-life could be important as timing is often crucial with drug tested athletes. The effects on increasing red blood cell production continue for at least two weeks after administration.

EPO can sometimes work too well and send hematocrit into a range that is unhealthy and counterproductive to athletic performance. When hematocrit rises too far, blood viscosity increases to the point of near sludging. This decreases circulation and oxygen delivery. Dehydration can enhance the side-effects of EPO, making them potentially life-threatening. When EPO first became available in Europe, cases were reported of cyclists dying while resting or sleeping. It was believed that these deaths were caused by a combination of thickened blood, promoted by EPO, and dehydration, which resulted in cardiac arrest.

As most all other performance-enhancing drugs, EPO has found it’s way into some bodybuilding circles. Bodybuilding is far from an endurance sport, but any weightlifter can benefit from an increase in blood volume, and that’s exactly what occurs with the use of EPO. The increased blood volume will increase oxygen delivery to the muscles being trained. While weight training is primarily anaerobic, it is still dependent on oxygen delivery for energy and proper function of the muscle.

Some bodybuilders believe that EPO can lead to a more vascular and fuller appearance. The belief is that the increased blood volume will lead to larger muscles. This is true, but there is a very fine line between EPO being beneficial and being quite the opposite and dangerous with bodybuilders. Bodybuilders who take anabolic steroids are already benefiting from elevated hematocrit levels. When EPO is added to the mix, there will be an even further increase in red blood cell count. This abnormally high hematocrit level from combining EPO and steroids can inhibit blood circulation. Not only is this extremely unhealthy, it also results in lower blood volume within the muscles. This is the exact opposite of what a bodybuilder would hope to achieve. If a bodybuilder adds a diuretic to this already dangerous mix of EPO and steroids, blood can thicken further, leading to even worse circulation problems. This can be very dangerous and even life-threatening.

The chance of coronary artery occlusion or heart attack is much too great among bodybuilders using EPO. Therefore, this hormone shouldn’t even be a consideration by any bodybuilder who values their health.