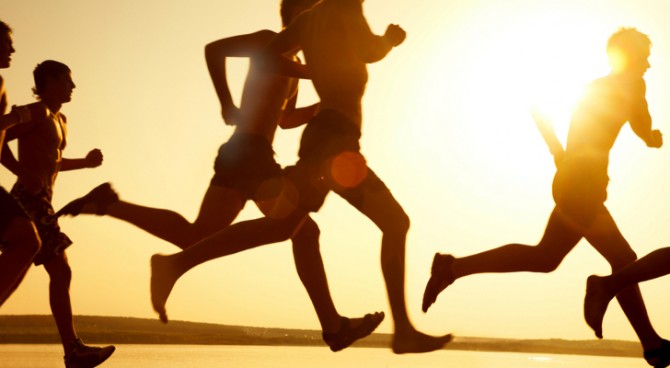 At a time where many schools across the nation are cutting back on physical activity and not putting as much focus on physical education (gym) as well as other areas (known as “specials”) such as music, art, computers, and library, we are finding out that things such as physical activity can actually HELP kids in school. It’s safe to say that kids for the most part are full of energy and need to burn off some of what they built up sitting in a classroom chair hour after hour. Letting them move and be active can actually boost their brain power—says researchers.

University of Exeter researchers have come out and stated that kids who exercise and are physically active can boost their brain power and academic competence. As mentioned in the opening paragraph, many schools are cutting back on gym/physical education to fill the time with more “educational” segments of math, reading, writing, etc. as well as the potential funding issues. While many can appreciate the schools wanting to further help our kids’ skills improve, science is showing there might be a better way.

Along with the educational and learning benefits associated with physical exercise, the researchers also mentioned the health benefits that accompany the boost in brain power. Through vigorous exercise and physical activity as a child, they lower their risk down the road of developing health issues such as type 2 diabetes and heart disease. Even moderate to low exercise at a young age can still help protect the child’s heart as well as improve their metabolism.

How all of this came about was when 21 separate declarations were gathered by a panel of international experts came together and took a deeper look into the topic which was later published in the British Journal of Sports Medicine. These experts looked at kids between the ages of 6 and 18, specifically at their precise form of physical activity while in school as well as during their leisure time. These individual declarations included four key themes geared towards health and fitness—engagement, motivation and wellbeing, intellectual performance, and social inclusion.

What they concluded was:

Craig Williams, who is the Director of the Children’s Health and Exercise Research Centre at the University of Exeter, was quoted as saying, “Over the 30 years we have been researching the health and well-being of young people, we have seen the accumulation of pediatric data across physiological, psychological, environmental and social issues. This 21-point consensus statement reflects the importance of enhanced physical activity, not just in schools but sports and recreational clubs, with the family, and even for those children with long term illness. At all levels of society, we must ensure that enhanced physical activity is put into practice.”

With many kids these days sitting in front of televisions for hours upon hours every day, as parents it is important to ensure our children are getting enough physical activity and exercise each day. This can be through play or recreational activities and sports. The responsibility is put on the shoulders of the parents to encourage less sedentary time in the home and reconstruct that time into fun, active activities. A simple way to get started would be to begin family walks (assuming the weather outside permits). Not only will this help your child, but it will also help your individual health as well. Showing kids that exercise can be fun will lessen the chance of them wanting to engage in a sedentary lifestyle. All of this isn’t to say that they still couldn’t enjoy video games if they wished. However, their schooling and activity should be a priority. This will allow for years of fun and play as well as provide them with all the health benefits that come along with living a healthy and active lifestyle.