Want to Stay Fit? Then Skip Getting Married! 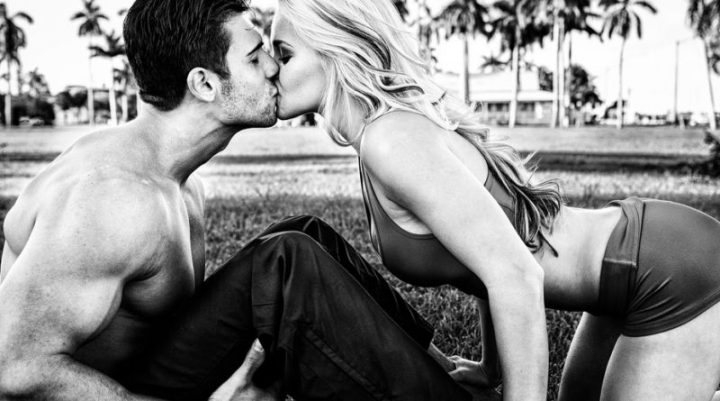 I can see the heads rolling just from the title alone. But hear me out. For those of you who are married, you might find this article to be completely truthful. For those of you who aren’t married, it might be an eye-opener. Either way, the facts don’t lie—and neither does all the pictures years after marriage of couples steadily gaining weight, adding to the over-weight and obesity epidemic we have in America. I will say, though, this article is not everyone (I don’t want to paint that picture). There are plenty of married couples out there who exercise regularly, whether together or at different times of the day. I like to think that a couple that exercises together, stays together. But, I’ve also found that to not be the case.

A study was published in Obesity that said when compared to single individuals, those who have been married for over two years are more likely to gain weight. Married women in their 20’s have been found to put on around 24 pounds within the first five years of tying the knot. Men in their 20’s have been shown to put on around 30 pounds in the same timeframe. Oddly enough, when they looked at data between married couples and couples who aren’t married yet living together, they found that the couple who was only living together didn’t put on weight like their married counterparts. If I were a betting man, I’m sure it has to do with there’s no ring on their finger so they still want to impress their lovely lady or beefcake.

As the saying goes, “The honeymoon’s over!” It seems like the stopwatch starts as soon as a married couple gets back from their honeymoon to see how quickly one or both of them starts putting on weight. Below are just a few reasons as to why the weight gain might occur.

Your spouse decides to get a cake or pie at the grocery store and is sitting down to have a piece. What normally happens? You sit down and have a piece as well, right? It’s like misery loves company with food these days. One person gets a bowl of ice cream, next thing both of you are having ice cream. It’s not a matter of peer pressure, more of a matter of convenience. It’s there. You’re hungry. You indulge. It’s really that simple.

2. The way to a man’s heart is through his stomach

Guys, you know your girlfriend or wife knows just what to make you as a surprise. And ladies, you know exactly what you need to do to get your way if you need to twist his arm about something. It could be one of your favorite dishes, or maybe a dessert? You’re not going to turn it down and hurt her feelings, right? So, you don’t only have one helping, you have multiple. Let’s not forget about the leftovers. All that extra love on your plate isn’t going to be helping your waistline anytime soon. The pleasure you get from eating some of that deliciousness is going to have you laying on the couch stuffed to the gills regretting the amount you just consumed.

3. Who are you trying to impress?

Let’s be honest with ourselves, there was a time where we all exercised for the physical aspects. We weren’t necessarily focused on all the health benefits—oh no, we wanted to look good for the ladies or the guys. You were hitting the gym regularly. Your diet was on point. And you made sure you wore clothing that would catch the eye of the opposite sex. You weren’t dumb. You knew appearance and sex sells and you had to be looking your best to get a date and to keep that person. After all, we train hard to look good naked, no? Once you get married, it seems like that drive to look your best so you didn’t lose your boyfriend/girlfriend was thrown right out the window. You’re married. Till death do you part. Why should you have to look good now? You don’t have anyone to impress and your spouse should love you for you and not your appearance. However, if you think about it, most of the time people first connect based off of a physical attraction. If both of you put on weight, will your views about each other change? Maybe? Maybe not?

4. You eat out more often

We all enjoy going to out to eat with our spouse. It’s a night out where you can relax and enjoy the company of your husband or wife. You can most definitely go out to eat and not ruin your diet, however, many people aren’t sure what to ask for, what to look for, and how to have their meals out prepared. For that reason, if you eat out often, the chance of you completely ruining your diet and physique is pretty high. You’ll notice the weight creeping up and before you know it you’ll probably put back on any weight that you originally lost when you were dating.

Let’s say you go out to a steak house. Steak is protein, right? Absolutely. However, many times that steak is prepared with either oils or butters that add on the calories. That side salad you had is healthy, no? Well that depends if you’re eating all the cheese and croutons that comes on it, not to mention the type of dressing you put on top. You can think the same way about your vegetables you get with the meal. While they say it’s steamed, many times they put oil or button on the veggies to make them taste better.

Also, most of the meals you eat at a restaurant are twice the normal portion you should consume. If you eat the whole meal, you can easily be taking in well over 1,000 calories at that sitting. Best thing to do is get a to-go box and portion out half of your meal and put it immediately in the box so you aren’t enticed into eating more than you should. So, as you can see, what you think would be a healthy meal out, truly isn’t if you don’t ask them to prepare the meal to your specifications and fail to portion it out correctly.

5. Life changes and so do your habits

Life isn’t easy. Even the calmest individual feels the nasty effects that stress can put on our body. For some individuals, when they are stressed, they find themselves eating. So, while your nutrition is on point and you’re exercising regularly, stress-eating can completely ruin your physique if you don’t get it under control. If it happens once and you catch yourself, don’t get discouraged. It’s when you allow yourself to keep eating because that’s what feels natural to you while under stress, you’re going to take several steps backwards with your health and fitness.

Something else that happens with life, is as we get busy, many people tend to cut out their time at the gym to compensate. This is a terrible idea. Not only for your health, but for your mind as well. Exercise is a great way for all of us to get out some stress, relieve tension, and overall work off some built-up energy we might have. When we get married, life is no longer about us (you and me). It’s about our spouse as well. We want to make sure we dedicate time to him or her and to the kids if you have any.

I don’t think anyone wants to give up time with their spouse and kids, so for that reason it’s important to try and fit in a workout where you can in your schedule. Maybe you need to hit the gym before going to work? Or maybe you have some weights or a treadmill at your house that you can work out after the kids go to bed before winding down the day with your spouse? No matter how you choose to fit it in, it’s a must if you don’t want to become part of the overweight/obesity epidemic.

I saved the best for last. This is something that drives me up the wall. Guys, I’ll speak directly to you first. How many of you have a wife that sits in front of the television every night watching some type of reality tv show? The Kardashians? The Bachelor? The Bachelorette? And how many hours are wasted every night watching television? I’m sure some of you get sucked into watching these unintelligent shows or simply want to spend time with your wife so you sit there and watch the shows with her? You need to snap out of it. Your wife could easily kill two birds with one stone if she watched these shows while doing cardio. It would take her mind off of exercise and redirect her focus allowing her to exercise without really thinking about what she’s doing.

Now let’s not forget about the guy’s and their issues. Ladies, how many nights during the week is your man plastered to the television watching sports. Side note, if you aren’t watching The Bachelor or Bachelorette yet your husband is, you don’t have a husband, you have a wife. But, back on topic. The same that applied in the paragraph above is true here. Men can exercise and do cardio while the game is on. Cardio, weights—it doesn’t matter. You can have the game on in the background while you’re hitting the weights if you want. Or hop on the bike, treadmill, elliptical, or whatever and fit in your cardio. More times than not, what’s happening at night while watching television? Out come the snacks. Maybe a bottle of wine or some beer? Next thing you know that hour long show you watched on the idiot box just cost you 500+ calories. Multiply that by seven days in a week and congratulations, you just put on a pound of bodyweight because of your snacking habits while in front of the television.

There’s honestly no reason to say you can’t fit in a workout when you sit in front of the television every night watching shows or sports. I don’t care what your excuse is, it’s not valid in my eyes. You’re simply lazy, complacent, and have your priorities screwed up. If you feel watching the Kardashians is more important than your health, I can guarantee if you aren’t already, you’ll be part of our obesity epidemic in the United States. Get your priorities straight.

Newer Post
Lose weight faster: skip breakfast and jog for an hour
Older Post
Should You Eat Before Training?