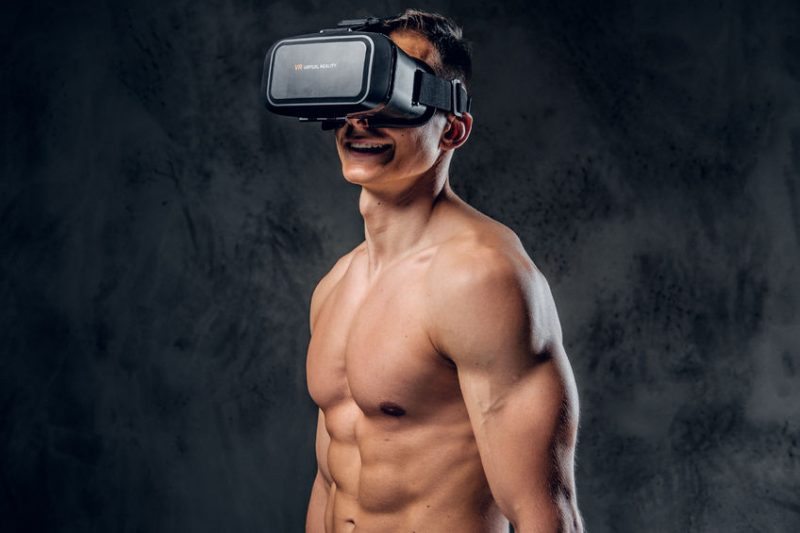 Anyone who says technology isn’t constantly evolving and making our lives easier is probably still driving a Yugo around town. We have all heard about virtual reality platforms and how companies like Black Box VR plan on taking the fitness industry by storm. Yet, with all this talk about fitness, what about the sport of bodybuilding? Is it possible that we could have competitors from around the globe competing, yet none of them are in the same room or even standing side by side on the same stage (physically)?

The biggest stage of all

Can the biggest stage be created by using virtual reality? What if we had the capability to sit on the couch in our homes, yet be immersed in a bodybuilding competition where you are in the front row catching it all as if you were right there? A platform so realistic that you swear you could reach out and touch the competitors as they pose.

While I think we are a ways away from such a technology, I believe it’s something that one day we might be able to experience. Competitors from across the globe would be able to compete on the very same stage yet be thousands of miles away from each other in real life. Think about it. You could have the guys training over in Kuwait with the Camel Crew competing on the same stage that a competitor from the United States is on without ever leaving their respective countries. It’s not out of the question the way technology is developing.

Who would ever imagine that you could sit front row at the Mr. Olympia contest and watch guys like Big Ramy and Phil Heath do battle without ever needing a plane ticket or the need to leave the privacy of your own home? Pretty awesome, right? You would have the ability to sit front and center and decide for yourself who had the best physique on stage—the best seat in the house at every show.

With virtual reality, everything plays out as if you were right there. So, with the production playing out the same, all they would need to do is work it so that images of each competitor, regardless of where they are in the world, would be transmitted into the virtual reality platform and onto a line-up on stage. Virtual judges could still participate as usual and a winner would still be crowned. What do you think?

Could it ever replace the real thing?

I can see some people complaining that they don’t want to pay in order to view the competition on a virtual reality platform. Here’s my response to that. At the time this technology would even be available, everyone would have a VR platform to work off of. So, the upfront cost is already absorbed. If you compare it to the real show, think of all the money needed to make that a reality in itself. You need to pay for airfare (regardless of where you are in the world), you need to pay for your hotel, pay for food, pay to get your ticket to the show, pay for transportation to and from the hotel to the event, etc. It would probably be LESS expensive to experience it in virtual reality, and you also don’t have to waste valuable time that would be taken from traveling to and from Vegas (using the Olympia as an example).

Remember how life was when you needed to get up and change the channel on the television? Before remotes became a thing? Maybe not, but can you imagine needing to get up to change the channel or change the volume each time? Now, with technology we have the ability to use technology to make our lives easier and less complicated. That’s exactly where I’m going with the thought of virtual reality bodybuilding. You can pay to be at any competition in the world, and be there front and center with the best seat in the house, every time. And being that virtual reality puts you there in a 3D experience, it would be lightyears better than watching it via live-webcast online. At least with VR it would mimic actually being there and having their muscles popping right before your very eyes, like they would in real life.

How much would you be willing to pay for such technology?

Taking the cost of the headset out of the equation, would you pay the same amount that you would now for a ticket if costs were the same? Would you expect them to be less expensive? Or more expensive? Would you be ok paying more knowing that it’s an experience you’ll be a part of, yet will have the convenience of being in your living room?

I might be alone with this, but I actually think it would be a really cool experience. I’d personally give it a shot. Let us know in the comments if you would be willing to try virtual reality bodybuilding or if you think it’s a dumb idea and would rather travel to a location in order to see a competition. I look forward to reading your opinion!