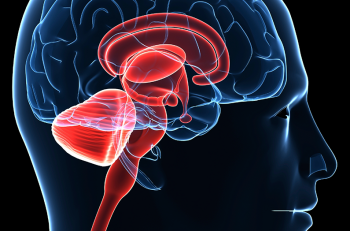 Trimethylglycine
It’s every raw material manufacturer’s wet dream. You produce what seems like an everyday substance at little cost, and suddenly you read in the newspaper that the stuff has all sorts of interesting biomedical effects. It magically pumps up muscles, helps fat reserves to melt away and bingo… Dollar signs appear!

In studies where this happens with nutrients we are always more than a little sceptical. The chance that there’s a manufacturer behind the scenes who’s trying to pull the wool over our eyes is of course fairly high. And this applies in particular to research on trimethylglycine.

Study
The study that Pamela Senesi and her supervisor Ileana Terruzzi published in the Journal of Translational Medicine is one that has not been funded by the sugar industry. And even though Senesi looked at C2C12-muscle cells in test tubes, and not at lab animals or humans, her study makes it seem more likely that strength athletes may well indeed benefit from trimethylglycine.

The Italians put not yet fully developed muscle cells [myoblasts] in fluid and watched how they developed into muscle fibres [myotubes]. They saw that the muscle fibres developed more contractile proteins [myosin heavy chain; MyHC] at a concentration of 10 millimoles trimethylglycine, and that they became longer too. 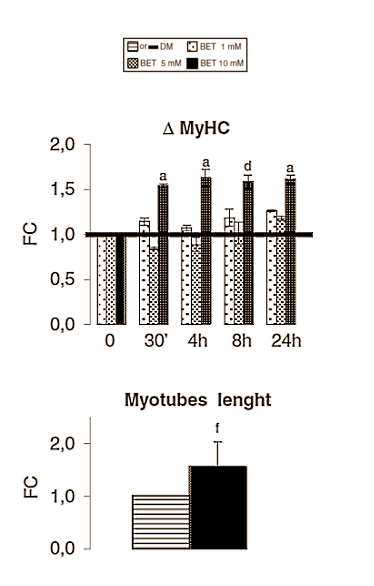 IGF-1
When the researchers then looked more closely at exactly what trimethylglycine did during a four-day period – the time it takes for myoblasts to develop into mature adult muscle fibres – at a concentration of 10 millimoles in muscle cells, they noticed that the compound caused an increase in the production of the IGF-1 receptor [IGF-1 R] protein.

The study does not reveal how trimethylglycine increases the production of the IGF-1 receptor. The researchers do not say either whether a concentration of 10 millimoles is feasible in human muscle tissue, and how much trimethylglycine you’d have to take to achieve this.

Conclusion
“Our in vitro work provides the first evidence of possible betaine positive action on skeletal muscle myoblasts differentiation, in particular on the progression of the differentiation process and on myotubes morphology”, the researchers conclude.

BACKGROUND:
Betaine (BET) is a component of many foods, including spinach and wheat. It is an essential osmolyte and a source of methyl groups. Recent studies have hypothesized that BET might play a role in athletic performance. However, BET effects on skeletal muscle differentiation and hypertrophy are still poorly understood.

CONCLUSIONS:
Our findings provide the first evidence that BET could promote muscle fibers differentiation and increase myotubes size by IGF-1 pathway activation, suggesting that BET might represent a possible new drug/integrator strategy, not only in sport performance but also in clinical conditions characterized by muscle function impairment.