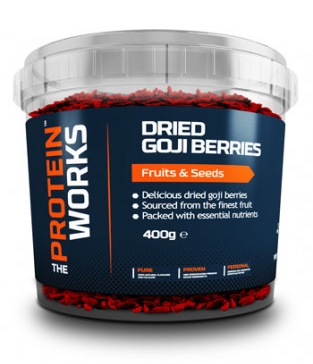 If you eat 14 g goji berries every day for six weeks your waist measurement will decrease by a few centimetres. Your cholesterol balance will also improve and the concentration of antioxidants in your blood will increase. Brazilian researchers at the Universidade do Oeste de Santa Catarina discovered this when they did an experiment with 50 participants. Their study was published in Oxidative Medicine and Cellular Longevity.

Study
The researchers did an experiment with 50 people whose insulin balance was suboptimal. Most of them were overweight, had high cholesterol levels and were on medication. All participants were advised to eat more healthily.

Results
Supplementation with goji berries [white bars] had no effect on ‘good cholesterol’ HDL but did lower the concentration of ‘bad cholesterol’ LDL, and the â€˜really bad’ cholesterol VLDL [and therefore also the triglycerides in the participants’ blood]. Black bars = control group. 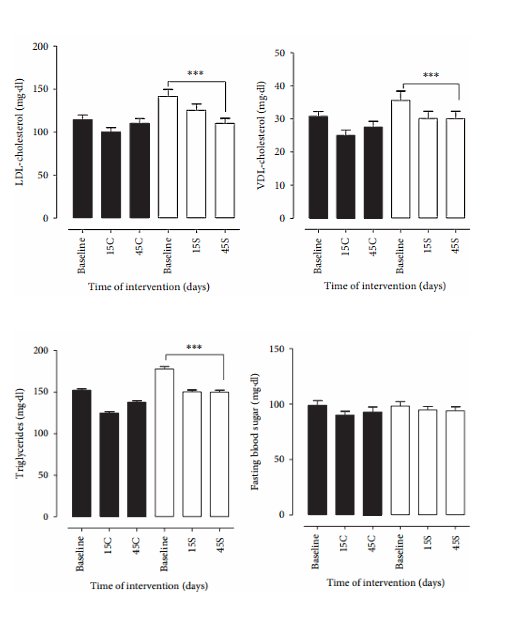 The goji berries had no effect on the fasting glucose level of the participants, however. 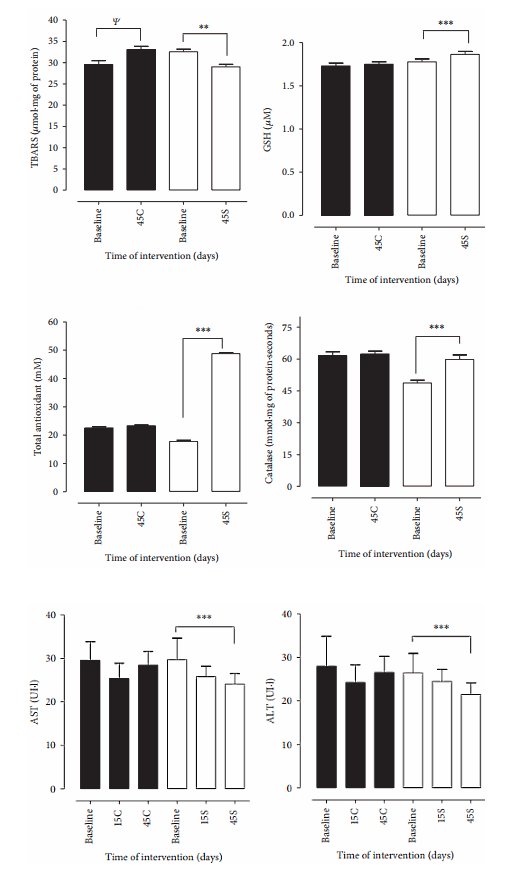 The concentration of the liver enzymes AST and ALT also decreased slightly in the goji berry group. It appears that goji berries have a protective effect on the liver.

The goji berries had no effect on the participants’ bodyweight, but did reduce their waist measurement, probably because they reduced the amount of abdominal fat. Large amounts of abdominal fat are unhealthier than subcutaneous fat and raise the likelihood of developing all sorts of chronic diseases.

Conclusion
“The results of this study demonstrated an increase in serum antioxidant capacity and GSH and a decrease in lipid peroxidation, LDL cholesterol, and waist circumference after long-term ingestion of goji berries, suggesting that this is an effective dietary supplement for the prevention of cardiovascular diseases in individuals with metabolic syndrome following a free diet,” the researchers concluded.

Copyright © 2017 Mayara Zagonel de Souza Zanchet et al. This is an open access article distributed under the Creative Commons Attribution License, which permits unrestricted use, distribution, and reproduction in any medium, provided the original work is properly cited.

Natural antioxidants present in fruits have attracted considerable interest due to their presumed safety and potential nutritional value. Even though antioxidant activities of many fruits have been reported, the effects of phytochemicals of goji berry (GB) in patients with metabolic syndrome have not been investigated. In this study, we examined anthropometric and biochemical parameters in patients with metabolic syndrome after the consumption of GB. The patients were divided into two groups, control (C) and supplemented (S), and followed up for 45 days. Participants were individually instructed to carry out a healthy diet, but additionally, an inclusion of 14 g of the natural form of goji berry in the diet during 45 days for the S group was proposed. After 45 days of study, a significant reduction in transaminases as well as an improvement in lipid profile in the S group was observed. Likewise, a significant reduction in the waist circumference of the S group was observed when compared with that of the C group, and increased glutathione and catalase levels associated with a reduction of lipid peroxidation. These results suggest that this is an effective dietary supplement for the prevention of cardiovascular diseases in individuals with metabolic syndrome.