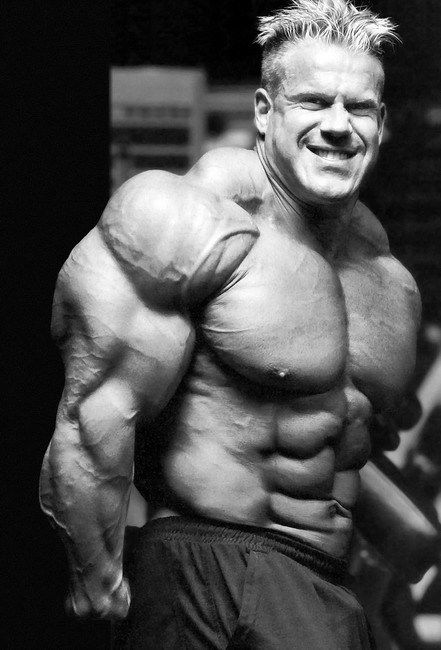 By definition, a leader is a person who leads or commands a group, organization, or country. Look at the IFBB today. I mean take a good hard look. Who’s leading the industry? No one. Now, I’m going to touch on just the bodybuilding aspect of my thought process and what I see, but this honestly stretches throughout the entire IFBB from Men’s Bodybuilding, to Bikini, to everything in between. This industry has no leadership. No one is willing to step up and do what’s best for the longevity of the sport. Now, there are a few competitors out there who are trainers and helping their own clients or putting on camps, but other than that, no one is going above and beyond.

Don’t get me wrong, Jim Manion and the IFBB have introduced more divisions which is helpful and allows for more competition, but I’m looking specifically at individuals within the IFBB who compete and what they are doing to bring the sport into the limelight and out of the shadows. There really isn’t anyone. So, do we blame the bodybuilders or the IFBB for not giving them the platform to do so? Or maybe both? Maybe the bodybuilders are just so focused on themselves they don’t want to go out and help teach others about how health, fitness, and nutrition can change their lives? No matter who is to blame for the lack of effort, something needs to change.

I think we all understand that bodybuilding will never be nationally televised. It will never become mainstream. And honestly, that’s a shame. The point I’m trying to make is, we have bodybuilders in the IFBB who live a lifestyle where they put so much focus on their health and physique, yet they do nothing to share that passion with others. They are self-centered individuals who only wake up in the morning to fulfill their own needs and wants. They aren’t interested in helping others live a healthier lifestyle.

Let’s take a look at the last few Mr. Olympia winners and see what all they have been doing to help the sport of bodybuilding. I’ll keep it short and to the point—nothing! We’ll go all the way back to 8-time Olympia champ Ronnie Coleman. What did he do during his reign to help the sport? Shot DVDs? Signed autographs? WOW. That’s great. Let’s give him a round of applause. Give me a break, if it didn’t financially benefit Ronnie he wasn’t going to do it. You could say he traveled around the world for events and such but he’s getting paid for that, so let’s not get it twisted. Did he do anything to help the mainstream understand the sport of bodybuilding which in my opinion is bastardized in households today? No. Everyone thinks bodybuilders are juiced up freaks with little intelligence and who pick things up and put them down. After all, isn’t that basically what Plant Fitness is telling the general public? And what did Ronnie do after he hung up his posing trunks and retired? Started his own supplement company called Ronnie Coleman Signature Series, looking to capitalize on his name. I can’t fault him for it, and the brand looks to be holding its own. Yet, I can’t help but think about all the good he could be doing to get people active and living a healthier lifestyle.

Now let’s look at Jay Cutler. A man who won two Olympia titles before losing to Dexter Jackson, only to come back the following year and win the next two Olympias. In my opinion, Jay could have been the best ambassador the sport has ever seen. But he too was chasing the almighty dollar. Sure, he did a ton for the fans. He was HUGE on direct mailings. Before YouTube and the whole social media explosion, Jay was the man behind a website selling autographed photos and DVDs—and tons of them. He made smart investments in real estate, created a few companies, and traded in his posing trunks for a CEO title and a lot more responsibility. Jay has his clothing lines, his Cutler Nutrition supplement brand, as well as other investments. One thing I will say is that he’s letting people into his life and business by being a personality on YouTube. YouTube is a great place to engage a new audience and possibly bring in some new demographics to the sport of bodybuilding and health/fitness in general. Jay could do a lot more with his channel and speak more about how to improve health, nutrition tips, fitness tips, how to live a healthier overall lifestyle, etc.

The days of people wanting to watch bodybuilders work out is gone. No one wants to see bodybuilders doing curls or chest press. That space has gotten stale from overuse. But what can Jay do to help the sport and industry? For starters, he could travel to schools and organizations to talk about health and fitness. Think about what Arnold did with the President’s Council on Physical Fitness and Sports. Arnold did a lot of good to help make fitness and exercise a part of people’s lives. The top bodybuilders in our industry could be doing the same thing.

One competitor who squeaked out an Olympia win and ultimately gave it back the following year was Dexter Jackson. Honestly, there isn’t much to say about the man. Other than competing, being a sponsored athlete, and running/failing with his own supplement company, he hasn’t done anything for the sport. So, we’ll just leave it there with Dexter. While one of the best bodybuilders to ever walk this earth, Dex has done very little to try and grow the sport or engage a larger audience.

The most recent Olympia champion is none other than “The Gift” Phil Heath. Phil likes to do a lot of talking around competitions and how no one can take his title away from him. What I’d like to see is him running his mouth to the general public and using his past athletic achievements as well as his image these days to help kids get and stay active. Being an athlete his entire life, he can get all of these kids to relate to him. They’ll see this muscled-up freak on their auditorium stage talking about health and fitness and will be memorized. Who wouldn’t want to see a 250+ pound man dunking a basketball and able to do sprints and splits with ease. It could be just what some of these kids need to get off the street, or put down the gaming controller and head outside for actual play and to get in some exercise. Phil could be a role model for many if he spent just a little effort doing so. However, at this point, he’s sticking to the industry that has made him rich and famous. He too, unfortunately has spent his time focused on his own finances. He created Gifted Nutrition which he later left, but is still focused on growing his other brand, Gifted Athletics. After his supplement company failed what did he do? Ran back to get another sponsorship for some easy money.

What could the IFBB do?

I would love to see the IFBB enforce a policy that makes all competitors responsible for some type of outreach program that involves health, fitness, and or nutrition. Something in the community whether it’s in a school setting or an open forum at a large venue. I understand it would be extremely hard for them to try and force on someone, so at least giving them a platform to do so would be acceptable. They could easily put a program in place where on a certain date and in a certain city, members of the IFBB would go out to a given location and talk about how important exercise and nutrition is. They could go in depth as to how it can improve your health and life. How it could make brands and companies more efficient and productive with their workforce since they won’t get sick as often.

The biggest piece of this that I would love to see would be the IFBB getting involved with schools. The NFL has their NFL Play 60 program that I have done an article on in the past and has shown to be extremely successful. The IFBB could easily do something similar too that could engage our youth and get them off their butts and turning off the television or technology and going out and being active with their friends. No one in the industry is doing that right now and it’s the industry we are all a part of!

Who can carry the load?

This is quite an easy decision in my opinion—Cedric McMillan. Is he a Mr. Olympia winner? Nope—at least not yet. But he is one of the most humble and down to earth competitors on the scene today. He has a sense of humor that could engage a crowd and his stature clearly draws attention. Cedric has a military background which many people would respect and is a self-proclaimed country boy. He’s not fazed by the glitz and glamour like so many IFBB’s are these days driving around in their Lambo’s and living in huge houses on the hill. Cedric lives in the middle of nowhere surrounded by woods.

Cedric could easily become the next Arnold. He has the charm and humor that could put him on the big screen. In fact, Arnold could probably help him break into Hollywood if he wanted to get to the big screen. That would be a great way for him to reach the masses just like Arnold did. Put Cedric in some movies or television roles where millions of eyeballs will be on him and just let him be himself. There hasn’t been an interview I listened to or watched where Cedric didn’t have me in tears laughing.

An individual’s personality needs to be larger than life to attract the masses. Cedric is that individual. Why the IFBB isn’t utilizing him more in the industry is beyond me. Marketing, advertising, anything. If I were Jim Manion and the IFBB, I’d be flooding him with work until he told me he needed to take a vacation. I believe that Cedric is the future of our sport, and he could be just the person this industry needs to pull in more of the masses and get them excited about our industry and get them active and focused on their future through the help of fitness and nutrition.

I’d love to hear your thoughts on this article. Do you agree or disagree with my stance and that we truly don’t have a leader or ambassador in our sport that is making a difference in the lives of the masses? Comment below in this article or hit me up on social media.