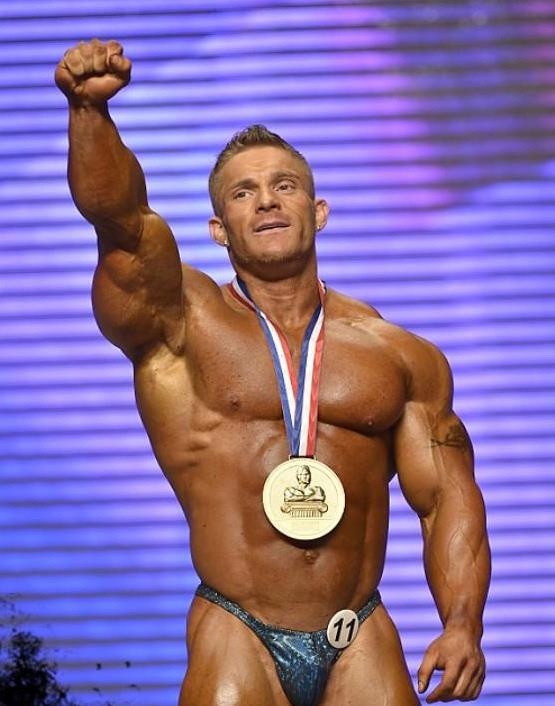 At 5’5, 212 solid pounds of muscle, the reigning 212 Olympia champion has a long history in the sport of bodybuilding, going back to the age of 12. Throughout his teen years, Lewis’ interest in the sport grew, especially once putting on size through playing rugby. Rugby, which is very similar to American football, is distinguished in that it uses less padding and is far more aggressive. Once Lewis met IFBB Pro Neil Hill and adopted his Y3T training methodologies, history was made. Since winning the Overall at the 2007 British Nationals and earning his IFBB Pro Card, Lewis became a driving force in the then-202 division.

By 2012, when the inaugural 212 Olympia was celebrated, The Welsh Dragon won the title & has successfully defended it ever since! In just a few weeks, Lewis will be competing for his sixth consecutive title, but few are considered to stand in his way. Flex Lewis has grown the sport, he’s built the physique, and while his rivals have shown us very impressive packages – will they be able to do it when it counts? Few think anyone can topple reigning champ.

Speaking strictly in terms of physique, Flex Lewis has built a perfect look. Each and every pose is flawless. Structurally, he’s complete and balanced. The muscle looks perfectly on him. From the very beginning, he did things his way. Unlike most bodybuilders who focus on chest and arms, Lewis developed wheels reminiscent of Tom Platz. His calves remain one of his best features. Calves, which are largely attributed to genetics, also happen to be among the most stubborn muscles to train and see results. One look at Lewis on stage and it becomes obvious this isn’t a man who’s rested on his laurels. He’s combined excellent genetics with brutal (yet sensible) training, resulting in some pretty amazing gains. His waist is small and his midsection is totally on point. His chest & delts are full, while his back commands respect from all parties involved. 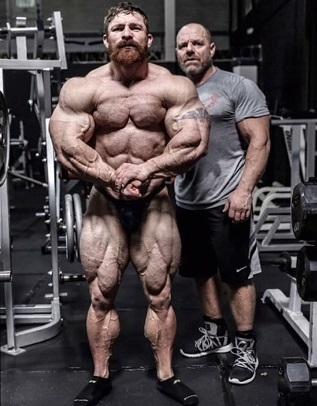 The only thing comparable to Lewis’s physique, is his absolutely perfect, artistic posing style. A lot of guys either have the body or have the posing skills; the Welsh Dragon has perfected them both – giving him the perfect edge to keep challengers at bay. When Lewis hits the mandatory poses, he makes it very easy for the judges to put him first. When Lewis does his individual routines and participates in the posedown, he delivers an undeniable entertainment factor that keeps audience members at the edge of their seats, as well as on their feet. Everyone wants to see the reigning champ!

As this article is written, Flex Lewis’ biggest competition is himself. Each and every year, he’s either maintained the quality of the previous year – or – bested it! Unlike, 6x Mr. Olympia Phil “The Gift” Heath, Lewis has never come off. There was one year where Brazil’s Eduardo Correa was said to have tied the champ (per the fans), but as we all know with bodybuilding – the only way to topple a defending champ is to knock him out. What looks like a tie, just isn’t enough to get the job done. That having been said, Lewis also commands far more respect among his peers than Heath with his. There’s no Kai Greene type in the 212, there’s no Big Ramy type either. In other words, there’s no one who Lewis should fear and no one whom his contemporaries think can decisively beat him. That’s a far cry from the open. Moreover, the two chief rivals to Lewis, have yet to topple him – anywhere. Ashkanani and Correa are both very impressive looking athletes, but their best physiques have been in shows where Lewis is absent and/or social media.

Physiques aside, the judges & federation also want a champion that will truly serve as an ambassador for the sport. Many times, the press and fans don’t give that aspect very much attention. Lewis guest poses around the world, gives seminars, and even opened a gym in Florida. In addition to working with BSN, a top tier supplement company, the Welsh Dragon keeps himself visible and approachable, year-round! This approach has undoubtedly grown the 212 and brought a great deal of positive attention to the IFBB.

Although the 212 purse is drastically less than the open, you wouldn’t know it by how the 212 Olympia champion carries himself. Keep in mind that the 212 sells a great chunk of tickets and is very easily marketed by promoters & press, alike. Take the 2017 Arnold, for example. Many have argued that it was the 212 that sold a lion’s share of the tickets there, given the fact that the open wasn’t as deep as in previous years. These athletes are always in tiptop shape and always come to do battle. That having been said, there’s also a very strong sense of camaraderie among them and very little, if any, drama. Many old school bodybuilders have compared today’s 212 with the bodybuilding scene of the 1970’s and early 1980’s. Between Classic Physique & 212 Bodybuilding, fans are ecstatic with what they see & what’s to come! 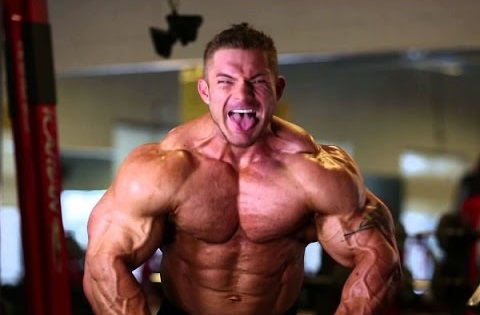 Despite the fact Lewis has dominated the division, fans remain excited. One of the problems that develops once a sport or division is dominated, year after year, by the same team or champion, is that things start to get boring. In Lewis’s case, this couldn’t be farther from the truth. The fans go nuts when he takes the stage and they love the fact that he has a commanding presence. There’s self-confidence and then there’s KNOWING you’re the best, because you’re undefeated!

With the Mr. Olympia just under three weeks away, fans will descend on Las Vegas, while others will watch via Pay Per View. It almost seems as if both champions (Heath & Lewis) are unstoppable, but sometimes that’s just how the cookie crumbles. Neither champion is dealing with any injuries and neither has ever come in really off, so as long as Lewis brings the same look as in 2016, he’ll win again. Lewis is known as being a real go-getter and constantly looking to make improvements, so it’s very possible that Mr. Britain will once again reinvent his physique and successfully defend his title.

In conclusion, this will be a very entertaining, cutting edge contest. Flex has his head in the game. His corner is ready and has kept him in optimal shape. As always, what really matters is what happens on the stage and for a guy with five titles under his belt, the stage starts to feel a little like home. I think it’ll be very unlikely for anyone to topple the Welsh Dragon. I’d keep my eye on Ashkanani and Correa, but save for a real shock, it’ll be six for six for Lewis in Las Vegas.