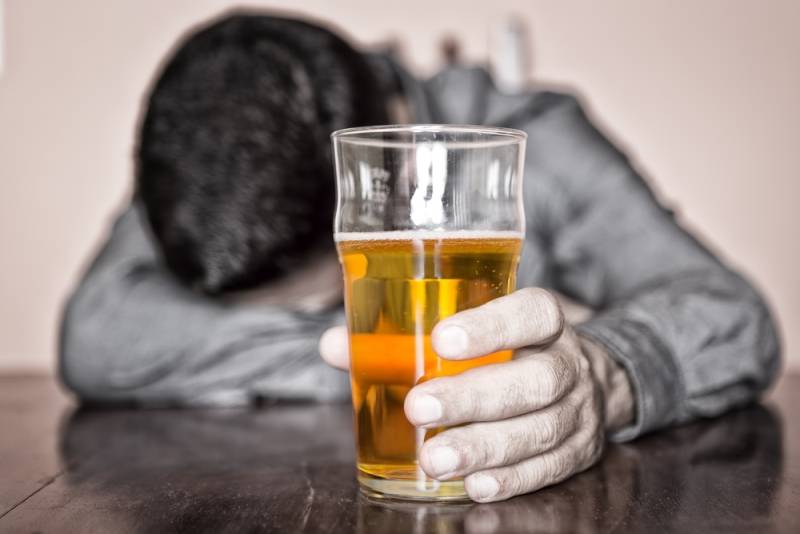 You don’t need to be considered an alcoholic in order to have a few beverages, but regular overconsumption can definitely lead to alcoholism. Yet, we live in a world where at most parties, alcoholic beverages are served or provided. It’s as if we are showing that unless we have alcohol present, we can’t have a good time. This can be anywhere from a family or friend get-together, to a sporting event, to a night at the bar, or even a simple social setting. The downfall of all of this becomes the next morning and how everyone feels. Many people suffer from terrible hangovers that kill any and all productivity the day after a party or gathering. So, two guys came together to create a supplement that has the ability to reduce the likelihood of a hangover.

In B4 a hangover

How many people have indulged in one too many alcoholic beverages at one time or another? Remember that feeling the next morning when you woke up and thought you were hit by a truck? Well, that could very well be a feeling you’ll never have to worry about thanks to a new liquid supplement on the market.

“Hold my beer, watch this” generally ends up leading to someone doing something they normally wouldn’t do without being under the influence of alcohol and impairing their judgement. However, after several years in the alcohol industry, in 2016 Dave Larue came up with an idea to help those who suffer from hangovers. With the help of his pharmacist co-founder, John Mansour, they created a supplement beverage called B4 that started landing on liquor store shelves in December of 2016—primarily in the state of Florida. The idea behind the beverage is that if you consume the contents of one can prior to drinking alcoholic beverages, it can minimize or even eliminate the side effects the next morning that we consider a hangover.

The drink is made up of ingredients such as sodium, potassium, magnesium, chromium, thiamine, niacin, calcium, riboflavin, zinc, and vitamins B6 and B12. The can is similar to something along the lines of a small Red Bull can, and is only 8.4 fl oz (250 mL). On top of the electrolytes and other vitamins and minerals, B4 also included a proprietary blend of some interesting supplements that many in the fitness industry have heard of before such as Milk Thistle Extract, Alpha Lipoic Acid, L-Carnitine, L-Theanine, L-Glutathione, N-Acetyl-Cysteine, and Alpha Ketoglutaric Acid. These amino acids, antioxidants, plant extracts and vitamins/minerals mentioned earlier play a key role in combating the effects of a long night of drinking.

The B4 website states four key points on how to use their liquid supplement. The first step is to drink the beverage within an hour prior to drinking alcohol. They do not recommend consuming their B4 beverage on an empty stomach. The company also mentions that the beverage is best when served chilled. And lastly, a “big” night out might require more than one B4 beverage.

Don’t do a keg-stand just yet

There’s a lot of skepticism surrounding B4. For starters, their proprietary blend mentioned above only contains 1.87g of ingredients which means some ingredients could very well be fairy-dusted and not be beneficial. The brand is also missing studies to show their product does anything at all. While claiming to be a beverage that can minimize the effects of a hangover, they have zero data to show this to be valid. Anyone can make claims on a product, but without any studies proving what they are saying, they can’t blame people for being a little leery of it actually works or not. Of course, they could try the product for themselves and see, but there’s no way of telling if the individual drank enough to suffer from a hangover the next morning or not.

To put some of the consumers’ minds at ease, B4 did say they are looking to work with a university out in California who would be conducting some trials with the beverage using urine analysis.

A few things that I would like to add is that I’m not thrilled with the thought of launching a product to reduce the side effects of an abusive behavior. If you drink enough to get a hangover, you should probably cut back on your consumption. Not only that, but B4 is not a calorie-free or even sugar-free beverage. So, you’re literally consuming empty calories that really have no nutritional benefit in the grand scheme of things. Each can of B4 consists of 40 calories, 10g of carbohydrates, and 8g of sugar.

The cost associated with this beverage is also high in my opinion for what you are getting in the can. Depending on the number of cans you purchase from their website, you’re looking at anywhere from $3.75 to $4.50 per can. And as mentioned above, B4 mentions that if you have a “big” night out, that you might require more than one B4 beverage which just doubled at a minimum the cost associated to “hopefully” not get a hangover the next day. Again, there’s no data out there to truly show how many you should consume to not get a hangover.

Is this a product I would personally try or recommend? No. I want to see studies done on the product showing efficacy of their ingredients before I would ever do so. And I would want some type of guidelines or directions in place to know when I would need to only consume one can versus possibly more to prevent a hangover. But not only that, I don’t recommend people drinking in excess anyway. You don’t need alcohol to have a good time and to have fun. If you do, then your personality and the people you hang around with must suck.

Source:
Original story covered by Fox News and additional information found on the B4 website (www.drinkb4.com)