The State of Bodybuilding Today

by Steve Potenziano I began competing in bodybuilding at the age of 13. There were no natural contests anywhere in my area, and my first exper 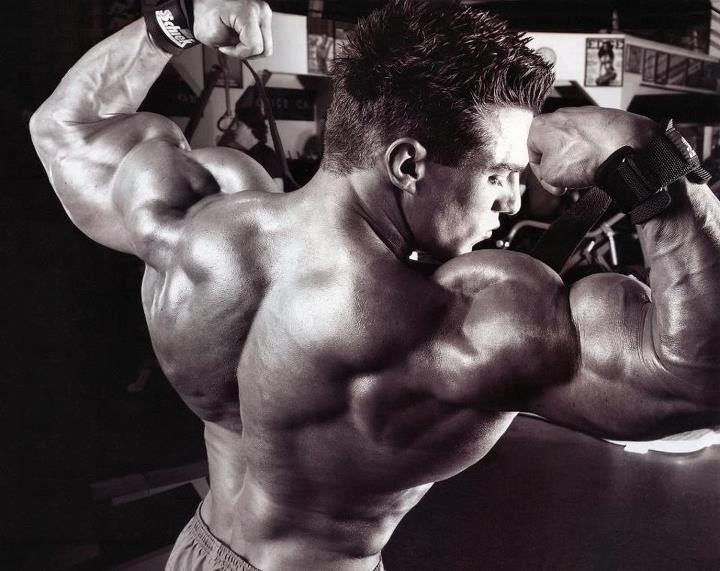 I began competing in bodybuilding at the age of 13. There were no natural contests anywhere in my area, and my first experience was at an NPC show. It seemed every competitor who stepped on stage was bigger than the last one. This is what led me to learn everything I could about bodybuilding, including supplements (both legal and illegal). I was an IFPA Pro, and have competed in the NGA/USBF also as a Pro. I also work as a personal trainer and do contest prep for IFBB pro and NPC women physique, bodybuilding, bikini and figure competitors.

The rate that some people in our sport are advancing past the competition is staggering. Look back 20, 10, even 5 years ago. Do any of the competitors back then look anything like they do today? NO. Many people will say “It’s the nutritional supplements. They are so much better now”. I beg to differ. What worked then works now…protein powder, creatine monohydrate, beta alanine, BCAA’s – the list goes on.

There are a few newer supplements that actually do work well. D-Asperic acid, Ursolic Acid, Arachidonic acid, Holy Basil, GLPC and Specific Cortistol blockers. Science is always making new discoveries in supplementation. Refining protein, discovering new herbs and making aminos better and more viable. This is also what led me to American Muscle. They had shown true progression of the science of supplementation and the love of what they do.

Peptides are one of the new hot topics in bodybuilding and sports. Peptides can speed up recovery time, increase lean body mass, enhance performance, and help repair muscle, joint, and ligament damage. They are currently undetectable in blood and urine tests, and are not considered illegal. They fall under the category of “grey market supplements”.

The Science of Peptides

Peptides play a crucial role in fundamental physiological and biochemical functions of life. For decades now, peptide research has been a continuously growing field of science. A Peptide is a molecule formed by joining two or more amino acids. When the number of amino acids is less than 50, these molecules are named peptides while larger sequences are referred to as proteins. The amino acids are coupled by a peptide bond, a special linkage in which the nitrogen atom of one amino acid binds to the carboxyl carbon atom of another. Peptides (proteins) are present in every living cell and possess a variety of biochemical activities. Get me so far? They appear as enzymes, hormones, antibiotics, receptors, and so on. Synthetic peptides may be useful in structure-function studies of polypeptides, as peptide hormones and hormone analogues, in the preparation of cross-reacting antibodies, and in the design of novel enzymes.

Peptides are synthesized by coupling the carboxyl group or C-terminus of one amino acid to the amino group or N-terminus of another. There are two strategies for peptide synthesis: liquid-phase peptide synthesis and solid phase peptide synthesis. Now that you know this, there is so much more to know. It boggles the mind on what science has achieved in such a brief moment in history. I will leave you to do the research on the subject the internet is a powerful thing. Here are the problems we will encounter.

The compounds I have mentioned cannot be tested for. Blood tests are not viable in our sport and most of them need a specific test under very specific conditions. Urine testing will not pick these up. Polygraph testing may be one option, but these can be inaccurate. The leaps and gains people achieve on these chemicals is nothing short of incredible. You may have heard that a natural trainer can gain 2 to 4 lbs. of quality muscle in a year. This theory is shattered by the gains a person can make on peptides.

Since many people do not know what the safe or ideal dosages for these “research chemicals” are, you play not only with your muscle structure on a molecular level, but possibly with your life if used incorrectly. Is it t worth it to be number one? That is only for you to know, since I cannot make decisions for you and don’t want to. What I can say is, The Banned Substance List will grow to encompass these chemicals. I can only hope that all of the Federations can open their eyes to see what it is doing to our sport. If not, then why we here, and what are does that say about us and the state of our sport today?

In future articles I will attempt to answer questions that you may have. I also will be talking extensively on what it takes to train, prepare diets and peptide use for my IFBB Pro’s.
I wish all the best for you, eat well and train hard.