Newer PostA Guide to Help You Get in Shape for Summer
Older PostNo Gym Membership? No Problem!
Share on FacebookShare on TwitterShare on LinkedinShare on Pinterest 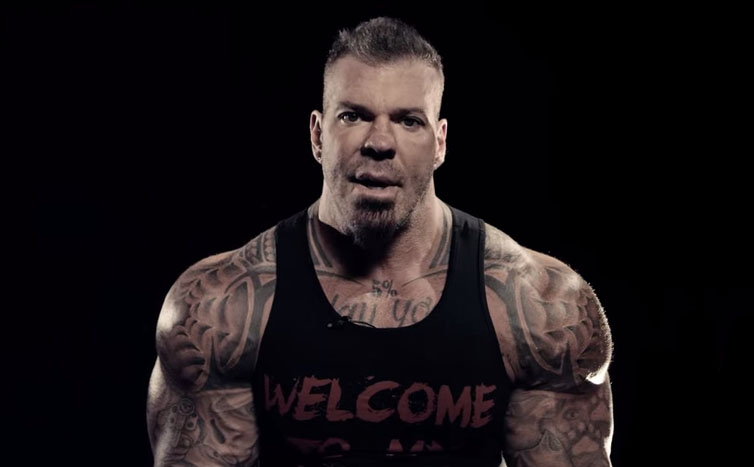 There has been a brand new phenomenon sweeping through the world of competitive sports throughout the past half decade or so. This phenomenon is best described in the form of a question of concern. Why are so many top level athletes sitting out games, shows, etc.? This has become a hot news topic in several sports including the NBA and IFBB. In fact, the IFBB and NBA are both in the process of brainstorming strategies or rule changes that will remedy the issue. Unfortunately for these organizations, the best way to find a solution is to understand what exactly is causing the issue and in this case the causes are far too powerful to be contained: social media and a general lack of priority put on winning in today’s modern society.

Unfortunately, in our society’s endless quest to prove just how idiotic human beings can be, somewhere along the line it was decided that a passion for winning, accompanied by a dread for losing will cause our young people to morph into mentally deranged, sobbing crustaceans. At the same time, the desire for fancy cars, vacations and riches has reached an all time high. Kids dream about owning a Bugatti and having threesomes with super models as opposed to being champions or the best in the world at something. I blame gangster rap. Not really. In other words, athletes are more concerned with achieving a specific lifestyle than they are with becoming champions. Sitting out games or shows does not affect an athlete’s income or popularity in any significant way these days. In regards to money and fame, if you are sponsored by Nike, Gatorade, Cadillac, appear on national TV commercials daily and have 40 million followers on social media, does it really matter if you sit out a couple of games? For this reason, popularity and endorsements have surpassed winning as the main goal for a large number top athletes.

Popularity has always been a chief concern of top athletes and for good reason. Popularity is the driving force behind not only an athlete’s income, but also the opportunities they will have when it is time to retire and ride into the sunset. Once upon a time, winning was the most efficient way to gain popularity. Not the case anymore. Social media has not only passed winning as the most efficient way to garner popularity, but it has done so like an F18 passing a toddler on a big wheel. While the desire for a baller lifestyle in lieu of being a champion is what hits the NBA and other sports the hardest, in bodybuilding, social media is the main culprit.

Rich Piana is the most popular bodybuilder in the world, despite the fact that he is a disgrace to the sport and never even came close to turning professional. How is this possible? Social media of course. Rich is not the only example, not by a long shot, he is simply the best of many examples. What is the point of dieting for four months, being absolutely miserable for at least half of that time, all the while putting a major toll on your body in order to compete, when you can earn far more popularity and money sitting at home in front of a 50 dollar camera? Look at Bostin Loyd. Bostin is far more successful than 90% of professional bodybuilders and he is just a drug addict who gives out boatloads of incorrect advice, all based on his inability to become a good bodybuilder, despite slamming gallons of tren into himself on a monthly basis. Without social media Bostin would be getting his head kicked in at junior national shows, making zero dollars a year from the sport and working part time at Walgreens to pay for his drug abuse. With social media he is not only making bank, but has also become a person of great influence in our game, horrifyingly enough.

Achieving a massive social media following is beginning to take over our society. It’s becoming the end all be all of success in and out of professional sports. Winning, integrity, respect, intelligence, knowledge, accuracy, and any other positive trait you can think of is being pushed aside in vain attempts to become social media famous. Whether or not this paradox is a bad thing is tough to say for certain. In my opinion, it is absolutely a bad thing, especially the absence of a will to win, as well as individuals who are now able to spew loads of harmful advice to millions of impressionable kids, simply because they are good at YouTube. Hard to imagine anyone thinking these things are not going to have a negative impact on our society, especially considering they very clearly already have.