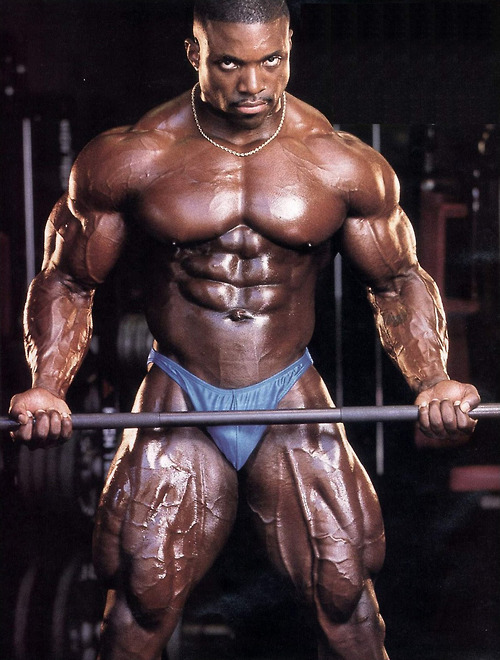 Melvin Anthony, a bodybuilder famous for his over the top posing routines was sentenced earlier this year to 10 years in prison for possession of a controlled substance with intent to distribute and possession of a firearm after a felony conviction. Early on, Anthony showed his true athletic talents early on as a running back for San Bernardino Valley College. During college, Anthony suffered a knee injury and left football to start a career in bodybuilding.

He won the NPC USA Championships as a super-heavyweight in 1999, giving him his pro card. Melvin proved to be an exceptional athlete and bodybuilder by continuing to move up the IFBB ranks in the early 2000’s. He continued to compete on the professional level for another 10 years, but then something obviously happened. Maybe it wasn’t one event and things were building, but he showed that he continued to improve as a pro until his retirement in 2010. Maybe it was the toll that comes from earning living as a bodybuilder takes on the body and the mind. People see the magazines and advertisements with bodybuilders in them. Sometimes they may admire the way the look, the women around them, and the life they live, but many things can me a mirage.

Obviously with Melvin Anthony, things weren’t so great, and there is a demon that continues to invade this man’s life. On the message boards, I have read all the judgmental comments about Anthony: How he wasted a career and his talent. Now, maybe he did, but that was his choice, and never did this effect the people commenting on the subject. Regardless of what people say, he definitely had a great career, no matter where he is now. Like most bodybuilders at a particularly high level, he had superior genetics. With that being said, it’s hard to say how high he would’ve rose if he would’ve chose a different lifestyle. But let’s be real here, most bodybuilders choose a lifestyle that is extremely different from your 9-5 employee. With the IFBB, we aren’t taking about the NFL as far as a paycheck. These are the blue collar workers of the sports world. They break their backs and risk their freedom to get on stage to entertain fans.

Anabolic steroids have been criminalized since the early 90’s in the United States, and these drugs are a staple in bodybuilding culture. The thing with that is, bodybuilders ultimately have to break the law in order to compete in the sport that they are involved in. Using anabolic steroids, HGH, and other bodybuilding drugs is illegal without a doctor’s prescription. The athlete has to involve criminal activity in his life in order to compete as a bodybuilder, and often times, they have to peddle steroids in order to support their own steroid use and lifestyle. Bodybuilding doesn’t pay what other sports do, so most pros have to find an alternate source of income unless they are winning the Olympia every year. Often times, the involvement in criminal activity with anabolic steroids can lead to other illicit activity. That seems to be the case with Melvin Anthony. The arrest that led to his incarceration was not his first run in with the law. He had a prior drug arrest among others that allowed law enforcement to charge him with possession of a firearm after a former conviction. Often times, this is a charge the feds (ATF) will pursue, but they allowed the state of Mississippi to hold jurisdiction over this. That is probably a good thing, as 85 percent of time is required to be served in federal prison. Anthony will be eligible for parole after serving 25 percent of his 10-year sentence. 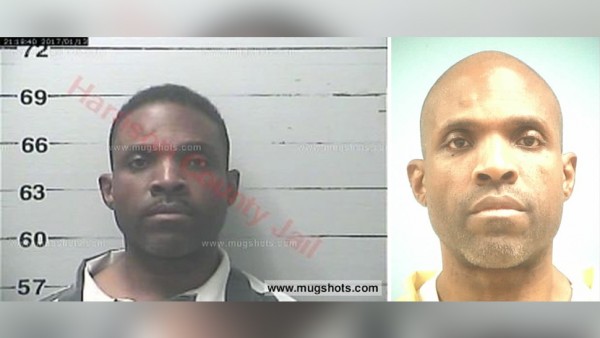 Melvin carried a weight of 270 pounds in the offseason, and around 210 on contest day. He had dropped down to 204 when he was arrested. This is not a weight of 204 that correlates with Anthony being in contest shape as he previously was at this weight. In his mug shot, it is obvious that Anthony had given up on bodybuilding and had traded one lifestyle for another. Let’s step back and look at this situation before anymore judgement is passed. Ok, bodybuilders are told they need to be bigger, leaner, and more vascular. This takes more and more drug use. Everyone involved knows this, but no one seems to care.

While I don’t feel there is any comparison to dependency with anabolic steroids and other mind altering illegal drugs, I do believe that a high dose of androgens can cause a change in brain chemicals, such as serotonin and dopamine. There is a huge correlation with how testosterone depends on these chemicals and vice versa. It is something to think about. Many pro bodybuilders have fallen down a bumpy road after retirement and some during their career. It is hard to say what ultimately led to Anthony Melvin’s demise. He was a great bodybuilder. Many bodybuilders go onto to have careers as trainers and sometimes they work with supplement companies. Other than that, there is nothing left for a retired bodybuilder. There is no pension and often no savings after the career is over. Who knows what fueled Melvin Anthony’s downward spiral. Only those that are close to him truly knows.