The sport of bodybuilding is constantly reinventing itself. Fans simply can’t get enough! Things are going so well, collectively, that every element of media is doing great business. Websites are exploding, radio & tv shows are springing up, and even the print media is finally in a position where its future is safe & even profitable again. With more shows, both locally, nationally, & internationally, there are far more opportunities. In fact, both the Arnold & Olympia empires are even being exported as we speak.

The one thing that’s missing, the one thing every bodybuilding fan would like to see, is someone who can truly give 6x Mr. Olympia Phil “The Gift” Heath a REAL run for his money. Although Heath has earned the support of countless and although he has a much more classic physique than many of his contemporaries, his unstoppable Olympia streak has gotten a bit boring for some. Invincible is only so marketable. The return of someone like Dennis Wolf could rekindle some of that lost interest. There’s other big names, but their physiques just aren’t there.

Dexter Jackson is without a doubt – a force to be reckoned with. His age, despite nearing 50, is a non-factor, but it’s unlikely he’ll topple Heath. His sole Olympia victory was largely the product of Jay Cutler coming into the ‘08 Olympia significantly off. There’s no question Jackson makes Heath work hard, but that’s about it. If The Blade hasn’t been able to beat Heath yet, he probably never will. Other competitors, like Shawn “Flexatron” Rhoden have a similar impact on Heath, but don’t threaten his reign in the least. If Jackson & Rhoden can’t win on aesthetics alone, a guy like Big Ramy who brings undeniable freaky size as his trademark, will be hard pressed to topple the champ. In fact, without ever breaking into the Top 3, he’s got a ways to go and may also never be more than a mass monster. Once you take the big names from the Olympia stage out, then what’s left isn’t all that promising.

What is or is not promising aside, there is an inherent entertainment value in hypothetical situations where bodybuilders with considerable buzz COULD somehow take out Heath. Cedric McMillan harnessed considerable buzz after winning the 2017 Arnold Classic. Similarly, Brandon Curry rode a huge wave of fan & media interest after key victories in New Zealand & Australia. Recently, fans are now buzzing over the victory of Sergio Oliva Jr. at the highly competitive IFBB New York Pro. Both Oliva & runner-up Juan “Diesel” Morel are considered heavy hitters on the pro circuit, with Oliva combining the fanfare associated with his last name and his equally impressive physique. That all having been said, basing my opinion solely on 2017 and the reality that comes with it, none of these guys (Cedric, Brandon, Sergio or Juan) can defeat Phil. Unless you’re smoking crack, you’ll agree with my assessment. 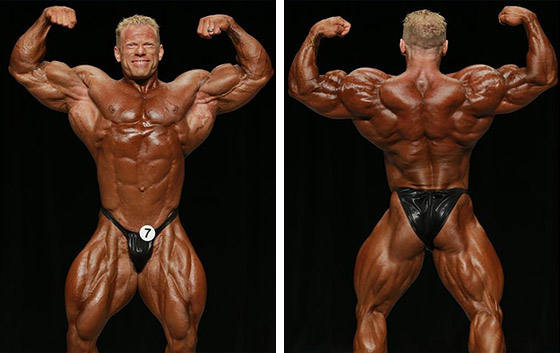 The return of Dennis Wolf changes everything. He could defeat Phil, but the stage he’s picked for his comeback is one that he won’t share with Heath. Although Wolf’s good friend, contest prep authority Dennis “The Menace” James has gone on record as saying he’ll be by Dennis’ side and suggesting the comeback will bring back the Dennis of old, we don’t know that that’s how the pieces will fall. James’ work with Wolf has always been on friend level, usually towards the end of a prep. If James plans on working with Wolf in the traditional sense, for the span of the process, that might be something noteworthy. And while 3-4 months may not be enough time to train/prep for a comeback executed at the Olympia, his choice of waiting until the Arnold seems to cheat the bodybuilding audience of what could’ve been a blockbuster showdown.

The reality of the matter is that Wolf at 100% could have defeated Cutler then and/or Heath today. At around 5’11, he towers over most, boasting great sweeps & a tiny waist. His X-Frame easily overpowers the vast majority of competitors, causing many to avoid him – even during the pose down!! That having been said, even at his prime, Wolf had an issue with his hamstrings & glutes. Additionally, his lack of calves and his high lats also created some visual flaws when compared to other elite level athletes. Nonetheless, even with his limitations, he still managed to stand among the Top 6 at the Mr. Olympia for 8 different years, placing as high as 3rd, and winning an Arnold Classic in Columbus. Once again, as a fan and journalist, it’s a bit upsetting that a comeback of this magnitude won’t be delivered upon the biggest show in bodybuilding. It’s abundantly clear that Wolf’s old look, with some minor tweaks, could conceivably topple Heath, even today.

Aside from his ability to achieve the look of the past, is there any real incentive for the German giant to do the Olympia? In other words, if he’s reached the point where he doesn’t believe he can beat Phil, maybe competing in Columbus for his comeback makes more sense. Perhaps the prospect of winning the title there, making big money, and not facing many (or any) of the Olympia Top 6 is too enticing a scenario to pass up. There’s no doubt that Dennis Wolf at 85-90% of his former self beats the current versions of Cedric or Dallas with no problems. No disrespect to those great bodybuilders, but anyone that’s been Top 3 at the Olympia would’ve cleaned house at this year’s Arnold (open) bodybuilding.

One also has to wonder why Kai Greene no longer competes. Could it because of booths and/or business related issues – or – is the real issue that he simply can’t beat Phil Heath? At what point does the 2nd or 3rd best get sick of being reminded they’re 2nd or 3rd best? For some people, like Jay Cutler, getting four runner-ups just makes you want it more, but not everyone is like Jay Cutler. Similarly, not everyone can defy age like Dexter Jackson. Look, these guys aren’t getting any younger and maybe (in their own minds) they attribute their shortcomings to any number of factors – from bad judging to politics to whatever other nonsense spares them the reality of having to look themselves in the mirror and resign themselves to the reality that they’re just not good enough to be Mr. Olympia. Any one of us reading this article can make this concession, but when you’re Top 3 in the world, it’s just a wee bit harder. Skipping the show seems to be an increasingly popular coping strategy. 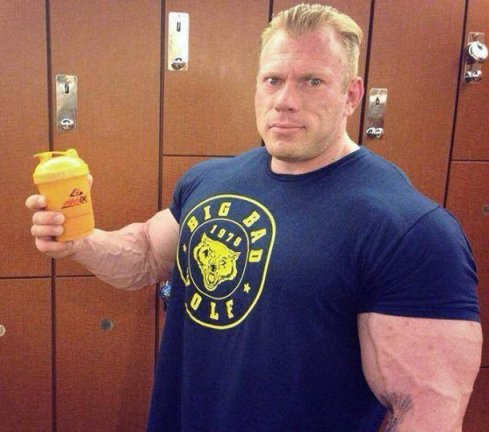 If Dennis competes in the 2018 Arnold & wins, that may be it for that year. If he does the 2018 Olympia at 39yrs of age & places outside the Top 6 – he’s done. If Kai Greene, 41, by some miracle competes in this year’s Olympia and doesn’t win, he’d be devastated. But as Joe Pietaro, quite correctly, pointed out a couple years ago, if Kai does the Olympia and places anything less than 2nd, his stock will plummet. If the guy won’t even do the Arnold, what’s to say he’ll do the Olympia? As guys get older, their chances wane, and the longer they’re off the stage, the higher stakes a comeback becomes. I’m not sure Dennis has much going for him, so coming back to build a nest egg makes sense. The Arnold might make the most sense for him.

It’s also highly unlikely that we’ll see Phil compete at the 2018 Arnold. Competing at two huge shows like that almost cost Ronnie Coleman the Olympia in 2001. Heath is far too shrewd & focused to suffer a similar blunder. Dexter Jackson, who holds the Arnold record, is also unlikely to compete. Shawn “Flexatron” Rhoden, who took runner-up at the 2016 Olympia, is the favorite for runner-up at the 2017. I don’t see Rhoden doing anything in 2018, except prepping for that year’s Olympia. Kai is all but retired. He may not have announced it, but actions have always spoken louder than words.

The reality is that I would have preferred Wolf returning to the Olympia stage and the fact he’s chosen the Arnold has somewhat cheated the fans. The question remains, at least as far as I’m concerned, as to whether the move was strictly coincidental or strategically-motivated. That would be a great question for the readers to discuss in the comments section, at IronMagazine, facebook, and throughout the various other message boards online.

Could Dennis have done the 2017 Olympia? Would he have had enough time in 12-15 weeks to have gained back the muscle, trained, and dieted down for the big show? Would the supplements have had enough time to aid in his efforts? It seems the therapy was a success and concluded by the time of the comeback announcement. We also know that while Dennis’ absence was lengthy, it in no way compares to the decade-plus absence of Kevin Levrone. In other words, Wolf still retained considerable muscle and muscle memory being what it is, he wouldn’t be starting from scratch exactly. Moreover, other bodybuilders have come back, prepped for the O, and even won the contest with much less time to work with. In fact, in 1980, Arnold (while preparing for a movie), took 8 weeks to prep and win his seventh Sandow. Although many fans and bodybuilding historians consider Arnold’s ‘80 to be his least impressive, he still got his seventh title, the check, & the respect.

Nine months is an awful long time away. A lot can happen in 9 months. The Olympia will always be the Super Bowl of bodybuilding, but without Dennis or Kai in the mix, the real question is who will finish from 2nd to 15th. No one will stop Heath from what’s left. We can sit around and talk about big names or bodybuilders basking in the buzz & hype of recent wins, but the only two guys who could actually get the job done, are out – & out for the uncertain future.