The Problem with Women’s Bodybuilding 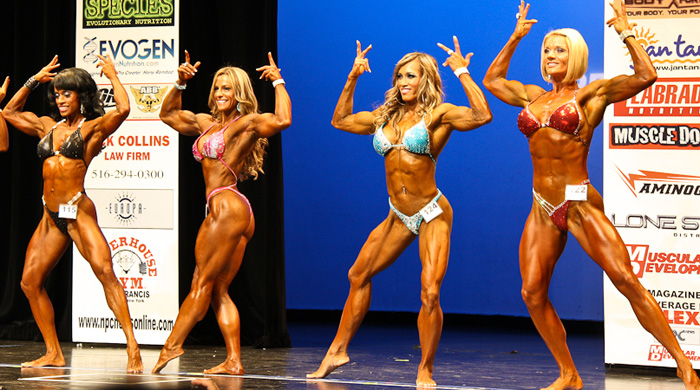 In the late 70’s women’s bodybuilding started to get more recognition around the world. During this period the female physiques was comparable to contemporary pretty good amateur bikini competitors. However, a few years later, and with Ms. Olympia on the map, new types of physiques began to arise. Physiques like the ones of Rachel McLish, Corey Everson, and later on Lenda Murray portrayed athleticism combined with muscularity with a feminine flow.

However, later on in the beginning and the middle of the 90’s females became larger and larger and also more conditioned – to the extent that some had striated glutes. For better or worse, female bodybuilders jumped on the same bandwagon as male competitors and became mass monsters with the additional famous ‘90’s conditioning.’ In contrast, it lead women who wanted to become pros to aim high, and high in this sense meant an expensive journey and one with higher risks of side effects. In many cases this meant whiskey voices, enlarged foreheads, thin hair, growing clitorises, receding hairlines, and more. In fact, everything that was once connected to femininity was actually becoming extinct during this time period. Freakiness should not belong to women; the freak factor is more of a masculine thing.

One of the problems associated with female body building is that some women don’t have the same genetics as Corey Everson or Lenda Murray and therefore lack the ability to put on a large amount of muscles and still look feminine. This means that women trying to chase the ideals of Lenda Murray will, in most cases, fail.

In the end something needed to happen within female bodybuilding, and so it did. A modernization came to fruition when brilliant new divisions came together. New classifications such as women’s physique and the figure division favored a muscular physique combined with femininity.

There are those who complain and cry about female bodybuilding disappearing. First off, don’t blame Arnold as a few voices among the competitors do. He had nothing to do with Ms Olympia. The Arnold Classic was not the force behind cutting the ties with female bodybuilding. And then there is the money issue. The number of fans that once came out to watch the division has diminished, and a lot and the magazines don’t cover the division any longer. If you don’t agree, why not create your own organization if it’s important to you. Nothing is stopping you from doing so.