The Hormonal Impact of Finasteride 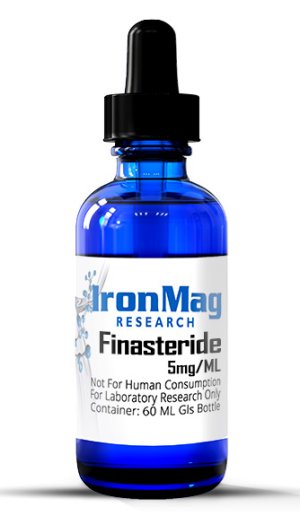 The number of prescription medications used to treat or prevent steroid related side-effects is vast. These compounds consist of aromatase inhibitors, diuretics, and 5a-reductase inhibitors just to name a few. The typical bodybuilder that uses anabolic steroids may use a number of other drugs to prevent or limit the side-effects that can take place from the steroids, especially if high doses are being administered. These types of medications are so commonly used and relied so heavily upon now, it makes you wonder how bodybuilders of the Golden Era were able to manage without them. These compounds are so widely used there are online stores dedicated to selling just them, and most of them tend to do quite well on the business side from what I’ve heard.

You could say that bodybuilders today are more conscious of health risks related to steroids than they were in thepast. Instead of just turning a blind eye and hoping things didn’t go awfully wrong, bodybuilders have started to educate themselves more about what can be taken while using steroids in order to alleviate certain side-effects.

One compound in particular that is use by bodybuilders today is finasteride. It used to be said if you were trying to find steroids at your gym, look for the guy with the worst male-pattern baldness and the most acne on his traps. Finasteride doesn’t do anything for the acne problem, but it certainly had helped slow hair loss among steroid using bodybuilders.

Finasteride has been sold under the name Proscar, Propecia, and several others. This medication is used for the treatment of an enlarged prostate and pattern hair loss. It is a type II and type III 5a-reductase inhibitor. 5a-reductase is the enzyme that converts testosterone to DHT. This results in a decrease in serum DHT levels by about 60-70% and in prostate DHT levels by about 80-90%. By blocking DHT production reduces androgen activity in the scalp, leading to a reduction of male pattern baldness. In the prostate, there is a reduction in prostate volume, which improves BPH and reduces risk of prostate cancer.

High levels of DHT have been linked to left ventricle hypertrophy, also known as LVH. The left ventricle is the heart chamber that is most responsible for maintaining circulation, and dysfunction can result in death. When 5a-reductase inhibitors, such as finasteride, are given to those with LVH, left ventricle size is reduced. Finasteride can undoubtedly be beneficial to bodybuilders in a number of ways.

High levels of DHT are common among bodybuilders that use large amounts of exogenous testosterone and other steroids. This results in higher than normal rates of issues that could be as simple as hair loss, but could also be life threatening as prostate cancer. Some bodybuilders feel that strength and muscle gains may be impaired from taking a 5a-reductase inhibitor such as finasteride, and they take their chances and opt out from taking the medication. On the other hand, there are those that decide they want to be a little more cautious with their body, and they add finasteride to the testosterone and whatever anabolic steroids they may be taking. While they may be able to avoid hair loss or prostate issues from taking this medication, there are side-effects that finasteride bring to the table that were probably never considered. It fixes one set of problems, but at the same time, it could be creating more.

There are still much to be learned in regards to the male libido and exactly how sexual hormones work together. What is known is there is a very subtle balance between testosterone, free testosterone, DHT, estrogen, and prolactin. It is a large, interconnected network and one influences the other. Each one has by-products, and each is transformed by enzymes into other hormones. DHT is transformed by the 5 alpha reductase into 3 Alpha Androstanediol Glucuronide. This hormone is known as a masculinizing hormone and plays a large role in libido and healthy sexual function in men. Low levels of this hormone are common with the use of finasteride.

Neurosteroids activate the GABBA receptor. Finasteride prevents the formation of neurosteroids, contributing to a reduction of GABBA activity. This has been implicated in depression, anxiety, and sexual dysfunction. Most cases of loss of libido, sexual dysfunction, and depression are usually corrected once finasteride use has been discontinued. Although some men have reported that the side-effects continued even after stopping the drug. Men in the U.S. and Canada concerned about persistent sexual side-effects of finasteride labeled the condition ‘post finasteride syndrome’. In 2012, a health advocacy group call the Post-Finasteride Syndrome Foundation was formed with the primary goal of finding a cure for the syndrome.

Not everyone is going to respond to finasteride in the same manner. One person may experience all the benefits associated with finasteride with no side-effects, and vice-versa. The hormonal system is highly sensitive, interconnected system that can very easily become a tangled mess when it is manipulated. It always warned that caution needs to be taken when using anabolic steroids. But many fail to realize that the risks needs to also be examined when taking ancillary compounds such as finasteride.