The Demise of Women’s Bodybuilding 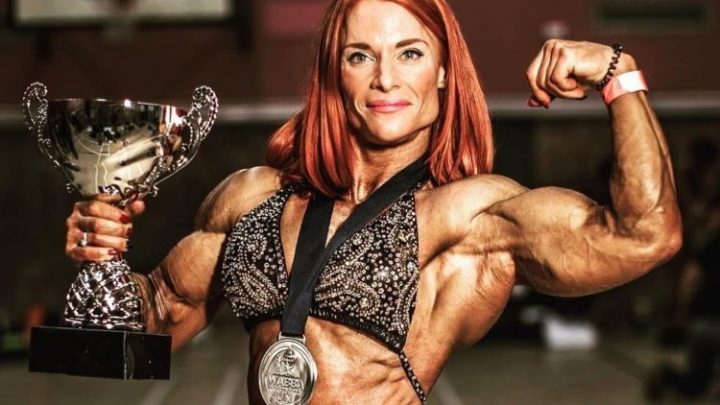 In its pure form, the idea of female bodybuilding is an honorable one. Although traditionally associated with males, weight training leading to the accumulation of muscle tissue provides numerous benefits for both sexes. Greater attractiveness, more robust health, and an improved mental outlook towards life and oneself are worthwhile pursuits for any individual. In today’s culture, given the conveniences of modern travel, the proliferation of desk jobs and the immediate availability of life essentials, one could even argue that neglecting to participate in at least some form of bodybuilding constitutes a failure to properly care for one’s physical and mental wellbeing.

Yet, despite the many benefits attached to this practice, female bodybuilding has taken a nose dive into obscurity with the retirement of the Ms. International contest and now, the cancellation of the division’s premier event—the Ms. Olympia. Although the writing has been on the wall for some time, many supporters and sympathizers viewed this final act as a slap in the face to competitive female bodybuilders everywhere. While I can certainly empathize with the disappointment that these ladies must be feeling and understand that this is far from a one-sided issue, the IFBB’s decision to discard female bodybuilding in favor of newer divisions is not wholly unreasonable in light of current circumstances.

Rather than skirt around the problem, the plain truth is that today’s female bodybuilders have become overly masculinized, resulting in a decline in popularity and consequentially, a loss of revenue, making the division unsustainable, or at the very least, non-profitable from a promoter’s standpoint. Without a fan base capable of supporting the division, promoters simply have no reason to continue putting in the time, effort, and money required to include female bodybuilding as part of the proceedings.

While the excessive muscle mass and shredded condition of the bodybuilders surely didn’t help matters, it was the appearance of male secondary sex characteristics which ultimately sealed the deal. It is one thing to have otherwise normal looking women carrying above average levels of muscle mass, but it is something different altogether when these same women begin undergoing sex changes right before our eyes. While some might take offense to this statement, there is more truth to it than one might initially realize.

In the field of medicine which governs sex changes in women, it is standard practice for these transgender patients to engage in hormonal therapy in order to facilitate the emergence of physiological changes identifiable with manhood. To this end, doctors routinely prescribe testosterone at a dosage of 200 mg weekly, which has proven sufficient for bringing about a complete reversal of gender traits in these individuals. In case anyone was wondering, this dose of testosterone is typically more than twice the amount produced by healthy, pubertal males.

Whether testosterone is administered to transgender patients or female bodybuilders, the end result is the same. With just half that therapeutic dose resulting in substantial masculinization over the long-term, it is easy to see why many of today’s female bodybuilders (most of whom administer much larger quantities of AAS than those administered to transgender patients) are at risk of damaging their femininity. Androgenic alopecia (male pattern hair loss), facial hair growth, deepening of the voice, atrophy of breast tissue, and even changes in facial structure are all apparent in today’s group of professional female bodybuilders. Were it not for wigs, razors, and make-up, we would be seeing women grace the stage with 5 o’ clock shadows, shaved heads, and facial features more reminiscent of Shrek than the girl next door.

In its current state, female bodybuilding will never appeal to large numbers of people simply because it goes against the natural order of things. Even male bodybuilding is viewed as an aberration by most of the general public, despite focusing on traits traditionally associated with males (albeit to an exaggerated degree). So, if male BB’ing, being in close proximity to the nature of man, is barely accepted, how well will female bodybuilding be received after having departed from the very essence of womanhood? We can sit here all day long and argue about what constitutes masculinity and femininity, but it is irrelevant, as the culture in which we live has already clearly defined these qualities and any attempt to stray from them will only be met with resistance.

However, for those who have been fans or actively involved in the sport for an extended period of time, it may be difficult to see the forest through the trees. Often, the closer we are to something, the more biased we tend to become, making it increasingly difficult to utilize objectivity in our decision making. Furthermore, long-term exposure to bodybuilding will naturally result in desensitization to those aspects which are normally viewed as odd or unnatural, impairing our ability to assess the sport from a balanced viewpoint. However, when displaying pictures of contest ready female bodybuilders to those who have not been subjected to the sport, their natural reaction, if accepted at face value, puts things in clear perspective. Even in the bodybuilding-fitness community, the predominant line of thought is that female bodybuilders have pushed the envelope too far.

Personally, I am divided on the issue. On one hand I feel it is unfortunate that these women no longer have a platform through which to compete, as many of them possess the same natural love for bodybuilding that I do. At the same time, I am adamantly opposed to the over-masculinization of women in competitive bodybuilding for many of the reasons stated above. With that said, any fan of the sport has to wonder how we ended up in this place. The truth is that the division was on a crash-course for destruction from its inception, as those responsible for its creation and protection failed to implement the fail-safes necessary for preventing this catastrophe. It was a mistake to judge female competitors by the same standards as men, but it was an even bigger mistake to institute criteria which rewarded qualities only achievable with androgen abuse.

In addressing the issue, many of the judges have said that they can only judge what is presented to them, thereby removing any sort of blame from themselves for the sport’s current predicament and placing it squarely on the shoulders of the competitors. Having followed female bodybuilding since the days of Cory Everson, I find this excuse to be nothing short of bullshit. Any look back at the history of the sport will find numerous examples of judges contradicting this statement, although it didn’t become glaringly obvious until 1991; the year Bev Francis toppled several more aesthetic contenders to land in the runner-up spot at the Ms. Olympia contest.

Although an ultra-impressive Lenda Murray went on to win that show, it was the placing of Bev Francis which made the biggest impression on her fellow competitors. In awarding Bev the 2nd place medal the message was clear—the bigger and harder you are (all other factors being equal), the better you will place, and that’s exactly what happened over the next 20 years. This message was sent reverberating throughout the bodybuilding community once again when a massive and grainy-hard Kim Chizevsky defeated a more shapely and beautifully balanced Lenda Murray, taking size and condition to new levels and redefining the genre in the process.

There have also been several instances where female bodybuilders, after having been instructed to “tone down” their look by the IFBB judges, were rewarded for their obedience with a dramatic drop in their contest placings. Of course, by this point many females bodybuilders were indeed attempting to showcase maximum size and condition, but with these attributes having been repeatedly rewarded over the years, what possible incentive would there be not to?

My guess is that few women entered this sport with a natural desire to engage in heavy androgen abuse, but with a passion for the sport and hearts bent on success, the hope of short-term victory likely outweighed the prospective long-term consequences. As if that weren’t sacrifice enough, the majority of these competitors are now left without a home, as their prior involvement in the sport has subjected them to side effects which disqualify them as viable candidates for the WPD. Still, as unfair as this might seem, no one forced these women to partake of the cornucopia of drugs that most did and truth be told, it takes a bit of a rebel, if not a certain degree of psychological imbalance, to venture this far down the proverbial rabbit hole.

Some would have you believe that female bodybuilding is now dead, or at best, on life support, but whether or not one chooses to believe this will depend on their definition of female bodybuilding. If your only conception of the sport is that of women doing the 8 mandatory poses and being judged according to male standards, then yes, your sport is just about to enter the afterlife. However, if your view has expanded to include a division which places a renewed emphasis on muscular development that is in greater harmony with a woman’s natural femininity, then it is alive and well.

In fact, an argument could be raised that the current bodybuilding division is not really female bodybuilding at all, but an adulterated version of the sport, in which women have traditionally been forced to adhere to standards which were never compatible with their true nature. When looked at from that perspective, one might say that female bodybuilding is just now coming into its own, as it moves one step closer to the way it always should have been.

Regardless of how you view the current state of affairs, it is difficult to ignore the following two facts. First and foremost, the downfall of the division is largely attributable to poor decision making on the part of both the IFBB/judges and competitors alike and secondly, the WPD is really nothing more than female bodybuilding re-invented under a different name. While the transition won’t be perfect and some will be left behind, the basic essence of the sport will continue. With this, doorways will be opened and new opportunities will present themselves, making room for a greater influx of women into the sport. To me, the tradeoff doesn’t sound so bad.