Newer PostBodybuilders Aren’t Strong?
Older PostStrength training does not result in muscle growth
Share on FacebookShare on TwitterShare on LinkedinShare on Pinterest 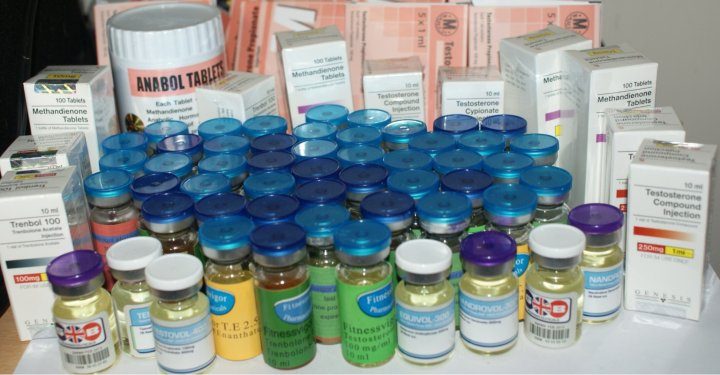 The steroid prohibition in the Unites States has created many changes regarding anabolic steroids, and most of them haven’t been favorable for anyone involved. Only a few decades ago, steroids were completely under the radar. These drugs were rarely use by anyone other than professional athletes, bodybuilders, and powerlifters. If you weren’t involved with the steroid circle at the local gym during this time, you may not have been aware of what anabolic steroids were. There was plenty of availability, and you could easily purchase true pharmaceutical grade steroids, which is rare today.

Then in 1990, The Anabolic Steroid Control Act was passed, making anabolic steroids a Schedule III controlled substance, changing the steroid market forever. In the initial ban, doctors and pharmacists were the target of the DEA. This would cut out access to American produced, pharmaceutical grade steroids for non-medical use. This left European, which was sometimes pharmaceutical grade, and veterinary grade Mexican steroids as the two main options left for acquiring steroids for bodybuilding and athletic purposes.

In 2005, the DEA shut down 8 of the large steroid manufacturers in Mexico with Operation Gear Grinder. A year prior to Gear Grinder, the Steroid Control Act of 2004 was passed, banning most of the prohormones being legally used at the time. Almost immediately, a new class of prohormones replaced products such as 1-AD and 4-AD. Products with much harsher side-effects such as Superdrol and Methyl-1-Testosterone became the new O-T-C supplements that could be purchased without fear of being arrested. It wasn’t long before users were reporting medical conditions such as high blood pressure, gynocomastia, liver issues, and altered lipid profiles.

The Designer Steroid Control Act of 2014 would classify all remaining prohormones as Schedule III controlled substances. The government wiped out the three main steroid suppliers in the United States by targeting doctors, Mexican manufacturers, and finally the supplement companies that produced prohormones. The ever growing steroid demand was now left to be supplied mostly by underground laboratories. This created a fee and open market with little to no regulation at all.

Steroid users now have to contend with a whole new set of potential problems when using anabolic steroids manufactured in an underground lab. Steroids produced in underground labs often result in contamination of heavy metals or high levels of bacteria. There are also concerns with products being under dosed, overdosed, misbranded or mislabeled completely. A steroid sample could contain a different steroid than what the label reflects. There is also the chance that it contains no steroidal compound at all.

Most underground labs purchase their raw materials from Chinese factories. The factories that are willing to produce steroid raw materials so they can be illegally smuggled into the US, usually know they can cut some corners when producing these hormone powders to save money. Many times, these cheaply made steroid powders are contaminated with heavy metals such as tin, lead, and arsenic. An underground lab doesn’t have the means to remove heavy metals from the steroid powders or from the finished product. Most labs that have a contamination issue of this sort, aren’t even aware of it.

Exposure to heavy metals can cause the following symptoms:

Another common concern with underground lab produced steroids is sterility. Most of the makeshift labs that have been put together to produce underground steroids are located in someone’s basement or spare bedroom. Occasionally, a small warehouse type building in an industrial section of town is secured to cook these drugs. In a real pharmaceutical grade manufacturing environment, there is equipment used to keep the air and materials sterile. Due to cost and regulation, this type of equipment is just not available to most people operating an underground lab. If done correctly, an underground lab can still produce a fairly sterile oil based product. Oil is not a good medium for bacteria to grow in, and using a .22-micron filtration system can keep bacteria under control. The problem is, the filtration step is sometimes skipped by underground labs to cut cost, time, or both. Steroids contaminated with bacteria wont always have side-effects that are noticeable. Some bacteria is harmless to humans, but others can produce fever and infection. Infections from bacteria contaminated steroids could very well lead to amputation or even death.

A major problem that began with Mexican veterinary-grade steroids and has continued to a higher degree with underground steroids is the product not containing what the label claims. For example, a bottle labeled as containing testosterone cypionate at 250mg per dose, may really only contain 200mg. The variation between the label and actual content isn’t really enough for the user to notice a difference, but a 20 percent drop in raw material being used adds up to a higher profit margin for the underground lab. Winstrol has been a common filler for Anavar labeled products. While testosterone propionate has been known to come up as the main ingredient, and sometimes only ingredient, in Primobolan labeled vials. Winstrol raw materials are about a third of the cost of Anavar, and Primobolan is roughly twenty-times as expensive as testosterone propionate. The obvious reason for ingredients getting swapped is to increase profits. The one to blame for this is usually the person behind the underground lab, but Chinese suppliers have been known to send mislabeled powders into the US to increase their profits.

Taking an anabolic steroid that is under dosed really doesn’t pose a health risk. If someone believes they are taking Primobolan but end up injecting mislabled testosterone, they may experience more androgenic side-effects. This would be much more apparent with women, but there wouldn’t be any organ damage or anything that could be life-threatening. That isn’t the case when steroids contaminated with bacteria or heavy metals are taken. Poor or reckless care during the manufacturing process can result in bacteria infested injectable steroids. This can result in pain, swelling, and redness at the injection site. This can lead to infection and an abscess. Left untreated, this condition could become life-threatening and require amputation. All because a twenty-dollar filter wasn’t used in order to save money. This seems petty but this is quite common in the underground steroid industry. Heavy metal contamination is a problem that starts in China, and for most underground labs, they really have no way of knowing their powders are clean of toxic metals or not before they turn them into useable steroids and dumping them into the domestic market. Heavy metal contamination will not always display obvious symptoms. If symptoms do appear, they are often overlooked or connected to something else. Because of this, someone could use contaminated steroids for years, while unknowingly causing permanent organ damage. I predict you will see a large increase in kidney disease and kidney failure in the near future among users of underground lab produced anabolic steroids. Unfortunately, the criminalization of anabolic steroids has left the supply in the wrong hands – the criminals. Users should always keep in mind that the war on steroids has left most of the production of steroids to clandestine underground labs. Therefore, citizens are now left with a much more dangerous steroid supply.