The Camel Crew Will Dominate in 2018 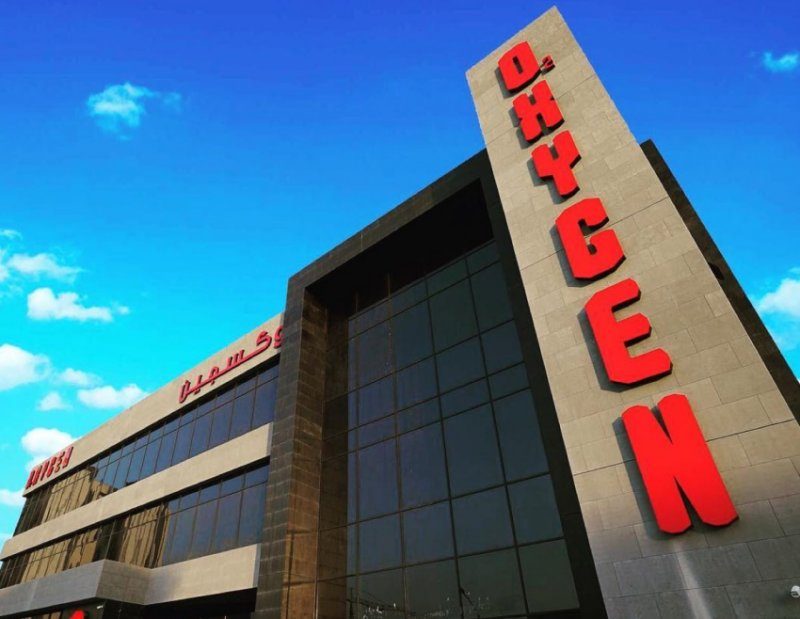 2017 was a huge year for the Camel Crew over in Kuwait. Bader Boodai and his staff did an amazing job with their athletes and truly turned heads when competitors who worked with them hit the stage. It is my opinion that we haven’t seen the best of the boys in Kuwait. I believe that 2018 is going to be a huge year for the Camel Crew and that more and more bodybuilders will be begging Bader to allow them to fly over and stay in his facilities to work with his trainers and nutritionists at Oxygen Gym. But Bader keeps his gym on a tight leash, creating access via invite-only.

As if the staff put in place by Bader wasn’t enough, he created a multi-level facility with state-of-the-art equipment. His facility is unlike anything I’ve seen before. It makes gyms in the US look outdated and small.

The most complete team in all of bodybuilding

Bader has the most complete team over at Oxygen Gym. His staff is nothing short of amazing. He houses, feeds, and trains some of the world’s best bodybuilders—Big Ramy, Nathan De Asha, Jon DeLaRosa, Brandon Curry, Roelly Winklaar, even Victor Martinez went over in 2017 to train with Bader’s crew and came back looking night and day different. It’s as if there’s something in the water over there.

The biggest spotlight, however, has been on Big Ramy. He’s jumped around from coach to coach, never seeming to stick with one long enough to allow them to truly understand his body and get him where he needs to be and dialed in. Sure, he looked good in 2017, but I think 2018 will blow people’s minds.

No straw is heavy enough to break this camel’s back

Ahmad Ashkanani had a breakout year in 2017 and his presence will continue to be felt in 2018. Yet another prodigy from Oxygen Gym, under the watchful eye of Bader. When asked, Bader mentioned that his trainers and nutritionists are ahead of the curve and better than others found helping professional bodybuilders today. He mentions that he provides everything for the athletes in Kuwait working with him as a way to give back to the sport he loves. I don’t know of anyone who would give athletes the amenities that Bader gives his crew at Oxygen Gym.

Unlike here in the states, the team over in Kuwait is more like a family. They work together, they train together, and they progress together. Here in the US, it’s a free for all. Rarely do IFBB bodybuilders train together, let alone hang out. Everyone might be nice to one another and cordial, but not many are truly going out of their way to help each other.

Being in Kuwait allows competitors to focus completely on the task at hand—getting frickin huge and in shape. While there, they eat, sleep, and train. That’s it! They don’t have all of life’s distractions over there like they do here in the states. They have the ability to prepare for an upcoming competition without any outside influences. They can put their head down and just grind.

With so many great athletes working with the Camel Crew, it’s hard to pick out just one to watch—so we’ll pick a few.

Ashkanani I believe is going to continue to progress and win more titles in the 212 division. He has one of the freakiest little frames out there and is packed to the gills with muscle. I believe he and Flex Lewis are going to have some great battles to come. If he decides to jump on the Arnold stage in Columbus, I could see him once again collecting a paycheck. If not, and he decides to hold out until the Olympia, who knows how looney he could look at that point?

Another freak to watch is Winklaar. Roelly is dangerous every time he steps on the stage—so long as he remembers to bring his conditioning with him. Having loads of muscle is great, but coming in looking full and unconditioned is not going to win shows. More times than not over the years, we have seen Roelly come into shows with a huge stomach. He was muscular, no doubt about it. But his lack of conditioning always had him pushed back in the placings. He had some great showings in 2017 and looked great, but I feel 2018 he will put it all together after taking much of this year off to work on his physique.

Brandon Curry continues to impress me. While I’d like to see Nathan De Asha come into 2018 looking great, I feel almost as if he’s out of sight out of mind in a sense. I have no idea what to expect from him. On the other hand, Brandon Curry right now is looking great. He’s big. He’s hitting his conditioning, and as seen this year he’s made a lot progress and his placings would tend to make you agree. If he continues to make improvements over the off-season, he could be dangerous in 2018.

Last, but certainly not least, who could forget about Big Ramy. Who knows if he’ll change his coach yet again come the new year, but if he stays in Kuwait at Oxygen Gym, he will most certainly be the biggest bodybuilder on any stage in 2018. When Ramy dials it in and can stay full, he looks like something from another planet. Add another productive off-season into the mix, and everyone should be downright worried about what Ramy can bring to the stage. He will be a force to be reckoned with.