Newer PostAre squats or leg press better for legs?
Older PostWant Your Kid to Be Smart? Get Moving!
Share on FacebookShare on TwitterShare on LinkedinShare on Pinterest 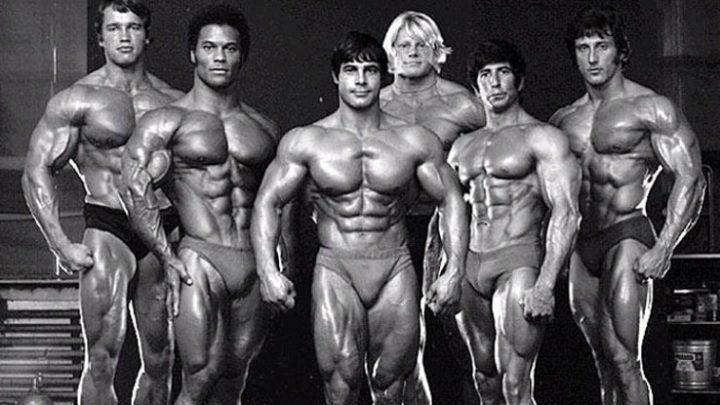 With so many different divisions these days, contests seem like they’ll never end. With an auditorium filled with bikini competitors it looks like a beauty pageant. I remember being a presenter at the Arnold Classic Amateur for a few years and feeling like the show is never going to end. I was hungry, tired, and had to piss like a race-horse by the end of the show. I really don’t want to go off on a tangent though as talking about the bikini division will get me all fired up. Back on topic… Let’s talk about the state of bodybuilding and the movement in which I see things progressing. Before we get into the meat and potatoes, I want to say that these are my opinions and not what I’m hearing or was told.

The mass freaks. We’re talking about some of the biggest mofo’s to walk this earth (other than powerlifters and strongman competitors). It goes without saying that out of all the divisions listed in this article, that bodybuilding (open) is the largest attraction of them all—at least for now. With guys like Phil, Kai, Ramy, Dexter, Cedric, Roelly, and Rhoden, this sport is booming. Are these guys who everyone in the auditorium aspires to look like? No. But it’s definitely entertaining knowing that with a simple flex of a bicep in front of your face, magically your head disappears behind their arm. These guys are ginormous and their true personalities come to live on stage.

A division that in my opinion doesn’t get enough love, the 212 competitors are a group to pay close attention to. While you thought the open division was one to make your eyes pop out of your head, the 212 in my opinion is one of the best divisions out there. This class is like the Mini-Me to Dr. Evil—only the competitors are built like little tanks (although Mini-Me and some of the competitors could share a common stature). You have Flex Lewis, David Henry, Jose Raymond, Mark Dugdale, Hide, and Correa all bringing it to the stage. These guys are some of the most well-conditioned competitors you will find under the tag “bodybuilding”. Many of the names you see today were open competitors before 212 existed, so many of the names shouldn’t raise any eyebrows. What should raise eyebrows is how the hell they fit all that muscle on that frame and still qualify for the 212 division. Even at a lighter division, if you stood next to a 212 competitor you’d swear they weighed a lot more—they’re little giants (yes, that’s an oxymoron).

The newest division in the IFBB and if you ask me, one of the divisions that I believe will take off very quickly. For those competitors who love the sport of bodybuilding but could never put on the size to compete in 212 or the open division, can now jump on stage and show off their hard work. Some people don’t want to take things to the extreme to build a physique to compete in the two divisions above. Yet some bodybuilders, Darrem Charles, for example decided to jump back on stage in classic physique after a career in the open division. Classic Physique seems like a perfect combination of muscularity and aesthetics. The conditioning theses competitors bring to the stage can be appreciated by all.

A division that many laugh at and ridicule (it’s like the bikini division for the men’s side of the sport), the Men’s Physique division is for those who simply don’t have the mass that it takes to jump up to the other divisions. Many joke that these competitors never train legs since they hide them under board shorts instead of smaller trunks like the other men’s divisions. Many of the Men’s Physique competitors are making the jump into Classic Physique now. This division doesn’t reward competitors for their overall size and it caters towards the “less muscular” and physiques. Many would look at these physiques as a “surfer boy” body as well as being one of the most attainable physiques out of all the ones mentioned thus far.

With all these divisions, where does that leave bodybuilding?

The open division of bodybuilding will never have to worry about going anywhere. That division is the one that puts butts in seats. People pay to see the freak show on stage, it’s no different than paying to go to the circus. But I can easily see the 212 and Classic Physique divisions really coming to life over the next few years. With no one really caring about Physique, I can see less and less people engaging in that division from a spectator’s perspective, yet on the flipside I see more competitors entering that division due to it being more attainable with (I hate to say it) less work needed.

With some current competitors changing divisions, it seems to jive with my thinking. You have guys like Sean Harley going from Men’s Physique to Classic Physique (which in my opinion should be called “Classic Bodybuilding”). Then you have guys like Darrem Charles going from bodybuilding (open) to Classic Physique. Hide Yamagishi decided to go from bodybuilding (open) to the 212 Division.

Overall, fitness is booming and the competitive stage is giving many people an avenue to show off their hard work and earn some cash. While collecting a paycheck is never a bad thing, many competitors are seeking sponsorships. Sponsorships would not only allow the competitor to get some money for representing a company, but they are then used in marketing to help get their name and image out into the industry. This is especially important for up and coming stars. As long as the competitor does his part and places well and/or wins shows, generally a supplement company will keep them on board to help grow the brand.

While the sport of bodybuilding isn’t going anywhere, the eyeballs are getting redistributed as our favorite competitors find new homes in the sport by changing divisions. While this isn’t a bad thing, it will slowly weed out the not so popular divisions or at least take them away from certain shows to make way for the main attractions. You’re currently seeing this today where some shows are strictly for bodybuilding while other shows only have divisions like Men’s Physique and Bikini. In all honesty, divisions like Bikini and Men’s Physique are killing shows. There are so many competitors that it drags on forever. Honestly, no one wants to sit through those divisions. If you want to go look at “beauty” then go to a beauty pageant. It’s getting a little ridiculous how these two divisions are dragging out shows.

If you aren’t a huge fan of the sport right now, I’m willing to bet you will be as the 212 and Classic Physique divisions further take shape. It’s an exciting time for fitness and bodybuilding, and I’m certainly excited to see what the future holds.