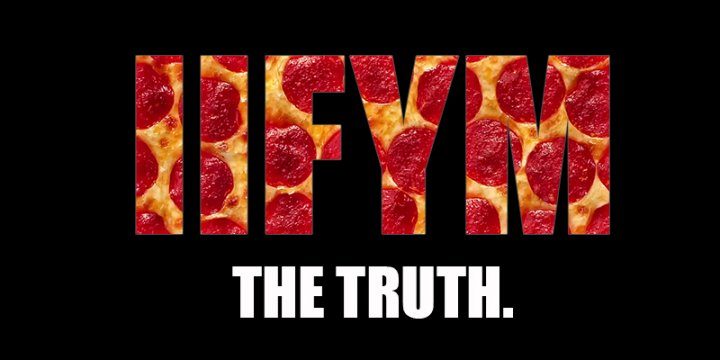 If It Fits Your Macros, or IIFYM, has been a hot topic over the last several years in the bodybuilding industry. For those of you who are not familiar with this diet, here is a simple explanation. IIFYM is a diet strategy in which the dieter sets certain macro-nutrient goals for him or herself, much like any other diet, but instead of using normal “clean” foods, the dieter can fill his or her macro requirements with any food they wish. In other words, as long as you hit your daily requirements for protein, carbohydrates, and fat, it does not matter if you get those macro-nutrients from hot dogs and cake, or chicken breast and spinach. I feel there are two major flaws with this diet which are rarely brought up.

Most bodybuilders or nutrition experts will refute the effectiveness of IIFYM in a very similar fashion. They will claim that not all protein, fats, and carbs are the same and if you choose lower quality sources of these nutrients than your results will suffer. Any person who believes that IIFYM is the best way to diet for a bodybuilding contest is just plain incorrect. That should be obvious. However, for a normal person or a bodybuilder who is not competing, IIFYM may work perfectly fine for them. When it comes down to it, whichever diet a person will actually stick to is the best diet for them, which is the main logic behind IIFYM. Proponents of this diet feel that being able to eat junk food while you diet makes it easier to stick to the diet. In reality, nothing could be further from the truth.

The overwhelming majority of individuals who have a difficult time dieting or losing fat love food, especially unhealthy “junk” foods. That said, giving a dieting person small amounts of measured junk food is a horrendously poor idea. Giving people the taste of junk food during the day in small amounts is essentially like giving a person who is trying to quit smoking a couple hits off a cigarette per day, then acting like that little bit of nicotine is helping them quit. What is actually going to happen in said situation is the subject is going to have extreme cravings for junk food all day. Now, a person who has been lean and skinny their whole life and never had an issue with food is an entirely different story. A story that doesn’t really matter, due to the fact that those individuals can get in shape on any diet in the world. As a person who loves food and can gain weight like a newborn polar bear, the idea of allowing myself tiny amounts of junk food here and there while dieting makes me cringe. Unfortunately for IIFYM supporters, this issue is the less extreme of the two.

The real issue here is the fact that junk foods have bad macro-nutrient profiles. In fact, that’s the main factor which makes them junk food in the first place. How are you going to hit fat-loss-diet macros with foods possessing macro profiles that are terrible for fat loss? Think about it. It’s shocking to me how few people notice this colossal flaw in the IIFYM diet. Let’s take an average weekend warrior bodybuilder with an average metabolism who is trying to get lean. His macro goals will be something like 250 to 300 grams of protein, 50 to 100 grams of carbs, and 50 to 100 grams of fat, give or take. Someone please explain to me how you incorporate pop tarts or candy into a diet like this while still hitting these specific macros.

One pop tart has 40 carbs. If you eat a single pop tart, which is about four bites on a good day, you have already met half or more of your carb intake for the day, meaning the rest of your meals will have to be supremely low carb. The same thing can be said about most other junk foods as well. If a dieter eats that pop tart, he or she has cut the number of carbs they can eat in half, without even scratching their protein requirements. That means for the rest of the day he or she must eat 270g of protein and only 40 carbs. On the same token, how does a person get 270 grams of protein from junk foods? One average meal at McDonald’s can easily provide 45 grams of fat and 80 grams of carbs, without providing much protein, maybe 30 grams. There goes all of your carbs for the day and most of your fat. Have fun eating 240 grams of protein, zero grams of carbs and 15 grams of fat spread throughout the rest of the day. I hope you like dry white fish.

I do not know where is diet idea came from, but I do not think it is a good idea for 99.4% of people. I personally believe that individuals who have never had an issue with food in their life will try a diet, it will work, then they preach its benefits to other people. News flash, if a person is naturally lean and/or does not really enjoy eating, any diet ever created in human history will work fine for them. The main reason we choose “clean” foods when we diet is because of their macro-nutrient profiles, which fit into our diets. The macro-nutrient profiles of fruity pebbles, Oreos, MCDonalds, and pop tarts do not fit these ratios. If junk food fit into my macros when dieting I might eat them, but they simply do not. That is why we avoid them while dieting! As the old English proverb says: If wishes were horses, beggars would ride. If turnips were bayonets, I’d wear one by my side.