Newer PostIs Duckweed the Next Plant-Based Protein Source?
Older PostStress and fatigue reduce testosterone just as much as age does
Share on FacebookShare on TwitterShare on LinkedinShare on Pinterest 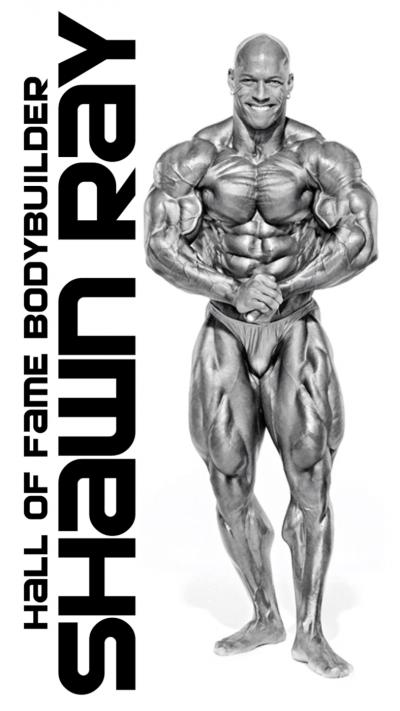 In the past couple of years there have been some exciting comebacks in the bodybuilding industry. One of the more famous names to return to the stage from 90’s era was Kevin Levrone, who competed at last year’s Mr. Olympia where he sadly finished dead last. This was the 52 year old’s first show since Show of Strength Pro Championship in 2003, where he finished 3rd. Levrone has not given up though, and says that he is aiming to make a better showing than his last Olympia.

The latest one to join the comeback bandwagon is the soon to be 53 years of age Flex Wheeler, who is now planning to compete at this year’s Classic Physique Olympia. The response from both fans and other prominent industry names has been mixed to say the least. Some of the fans of bodybuilding from younger generations does not recognize these legends, and have been very critical at times about Flex’s rumored synthol usage in his biceps and Levrone’s downsized legs. Nevertheless, both Levrone and Flex are working their butts off to get back on stage after a long break.

We are talking about men who have passed their 50 year marker, but now want to show the world one more time that they are some of the best bodybuilders in history. In addition, questions are being raised about who would have the best ability to make a comeback, some might say Flex, others Levrone. I’m not sure, but there is one guy who probably is sitting in front of a swimming pool somewhere in Cali or Hawaii and sipping margaritas and laughing, meaning they will both fail in their quest, and not only bad, miserably bad.

In regards to Levrone’s Olympia comeback last year, Shawn Ray wrote him off from the beginning saying that it would only be a mistake, and then later was proven right. Kevin did in some ways fail because he didn’t have any legs or the size in the upper body to match the top guys of the bodybuilding elite of today. However, Levrone will always be “The Maryland Muscle Machine” to all his fans, due to his great success in the past.

When it comes to Shawn Ray or “Sugar Shawn Ray”, as he calls himself, from time to time can be extremely negative in his approach to bodybuilding at times. But he has always been like that and he is also a realist. The most ironic part is that Shawn Ray would probably be the one of all the 90’s guys who would have made the best comebacks, but it doesn’t seem to be in his interest. The reasons to why I personally believe that he would make a great return is that as of what I know, he never had any serious injuries.

Think about it, he never reached his full potential, because he basically didn’t want to, he didn’t want to become a mass monster. If we look at both Levrone or Flex Wheeler, they both peaked in their careers, at least reached their higher related to the circumstances, and did also pay high prices because that. They got injured or suffered from other health related illnesses. Like Flex’s, car crash and kidney issues for example, and Levrone’s knee problems and torn pec.

Furthermore, Shawn’s genetics and lines plus muscle insertions, skin tone and muscle bellies, are among the best that bodybuilding ever seen. Although, he was smaller than the other guys, he was so well-proportioned that it would be overwhelming for both Flex and Levrone if he made a comeback.

All the factors mentioned above are some things most experts in bodybuilding experts agree with, even his antagonists as Dave Palumbo, King Kamali, and even Lee Priest.

However, Shawn is done; the most important for him is to aim to continue to grow in the ‘business of bodybuilding’ as he calls it while he lays with his dad bod, taking pictures of his drinks and tanned chubby feet close to a pool somewhere on a nice sunny beach or pool side.