The 5% Attitude Will Live On! Rest In Peace, RICH PIANA!

by Christian Duque Next time you finish a sentence with ‘God Damn It’ or start one with ‘Good morning’ or ‘Good Fuckin Morning,” you’ll think 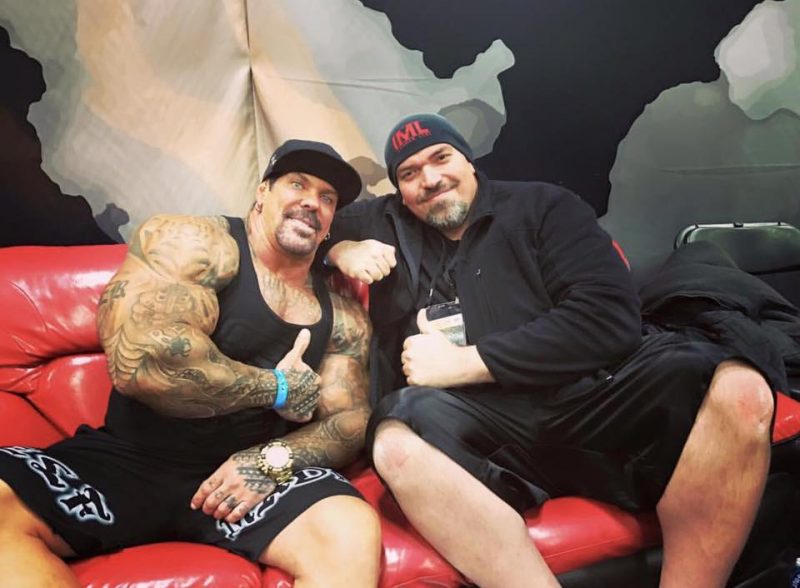 Next time you finish a sentence with ‘God Damn It’ or start one with ‘Good morning’ or ‘Good Fuckin Morning,” you’ll think of Mr. 5% Rich Piana. Next time you dig into some Ben & Jerry’s or order a bowl of food at Chipotle, chances are you’ll think of Mr. California. Rich Piana was the larger than life bodybuilder who commanded the longest lines, the biggest fan adulation. Seeing him at expos made one think about what it must have been like when Moses parted the seas. People just couldn’t get enough! He wasn’t just huge physically, but he commanded massive respect.

His haters turned into fans, while his fans turned into diehards! He was popular among all – irrespective of gender, age, or part of the world he happened to be in. The reality of the matter, is that just his name alone represented success. Countless clickbait youtubers and wannabe writers would simply include his name in the title, the tags, or even buried in their stories, somewhere – anywhere – and suddenly their stories would be read. Very few bodybuilders have ever amounted to that level of success. What made Rich so popular? How did he keep that popularity and grow even bigger? And how will he be remembered?

Rich Piana got started out much like many other bodybuilders, competing tirelessly at the local, state, and national level. He built a solid physique and earned respectable placings. That having been said, he never earned the coveted IFBB Pro Card and retired after giving the stage an adequate amount of time in pursuit of it. Like many fitness enthusiasts, he got started out on Youtube when the social media platform was still in its nascent stages. Mutant was a company ahead of the rest, who saw the potential in Piana. They signed him and produced a series of videos, offering a glimpse into that Rich Piana personality we all got hooked on. At first, the videos were rather simple. They consisted of clips of him making protein shakes, talking about diet, and occasionally training. The clips had some nice graphic effects and good music. It was clear that the production value cut no corners. Suddenly the training clips took on a life of their own. Rich was making decent money, but as his star continued to soar, he had a bigger vision, one where he (like fellow entrepreneurs of the day, e.g. DLB) would be in the driver seat. He started out small. Many thought he’d fail. What did a bodybuilder with minor success know about running a successful business, creating a fan base out of thin air, and bringing products to market that would sell? Most people wrote him off; those who didn’t, figured he might get rich quick on a fad & then disappear into obscurity. 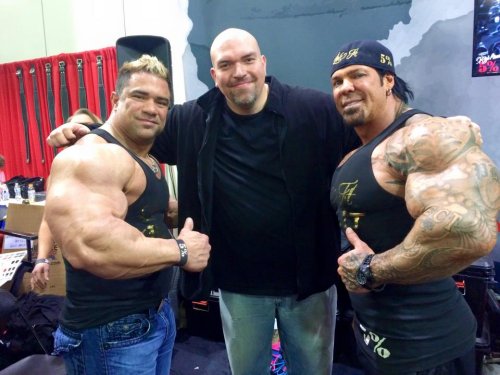 Rich was determined. He was the reason people were watching. It was his lingo people were using, his passion people were being inspired by, and his physique that people wanted to build. I don’t think Mutant could have kept him, even if they’d tried to. Rich wasn’t a follower – he was the captain of the ship, the master of his own destiny. He had a vision for becoming the biggest name in bodybuilding and wouldn’t stop short of it.

I first met Rich in 2013 while still with Mutant, at the Arnold Classic. In 2014, he’d left the company and set up shop in a small booth, oddly enough, diagonally across from his former sponsor. As of 2015, everything changed. Piana was now in the biggest booth, commanding the biggest lines, and doing so without throwing out handfuls of t-shirts, free samples, or giving away products. He didn’t believe in any of that. In fact, early on, I don’t think he even offered discounts (e.g. codes, bogos, etc). The concept was all about being awesome to the fans and selling quality products. Piana always prided himself on consistency. The promises he made in 2013 & 2014 about his future business ventures, are promises he kept. The fans would always be #1 and he would NEVER lie to them.

Imagine a reigning Mr. Olympia having a few dozen people, maybe a hundred, for argument’s sake. Now imagine Rich Piana, a guy who never turned pro, but won some respectable NPC titles, commanding a line so long that the fire marshall had to come not once, not twice, but several times to try to cut. Imagine a line of men & women, of all ages, waiting patiently in line. They weren’t there for free stuff or to pass the time. They were there to take a photo with a guy who they identified with. The single biggest thing that made Rich Piana a superstar, wasn’t how he made his Mutant shakes poolside, it wasn’t how hard he trained, it wasn’t even his massive size – it was that 5%’er attitude. No one has that but him. It’s the attitude of owning the place you roam, of being carefree but still measured. Rich Piana was a BADASS, but it wasn’t the muscle, the ink, the clothes, the cars – it came from within him. It was undeniably electric and it’s something that no one else will ever match. The only guy who came close to being as popular (for different reasons) would be Kai Greene, and as much as I like Kai’s physique and eccentricities, he falls very short of holding a conversation and keeping the interest of people like our good friend Mr. 5%. 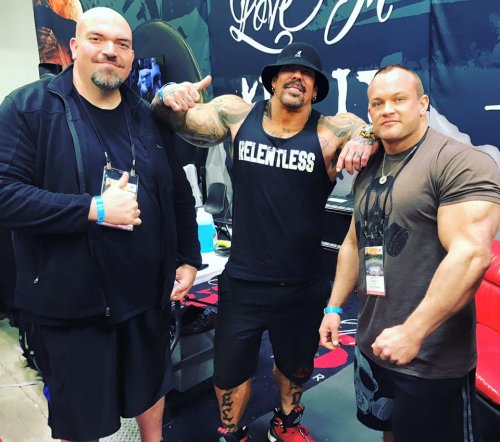 Rich knew who he was. People spend their whole lives searching. They go through fads, diets, even marriages, looking for that answer – what they’re all about. Piana was way ahead of the game. When certain people in the industry told him to show restraint, to grow slowly, to not “overdo it” from a marketing perspective, he didn’t listen. He knew that whatever he put out there, that passed his test, and got his seal of approval, was something his fans would go for. He knew who he was and he knew who they were.

“The fad” never skipped a beat and by 2016, by 2017, it became abundantly clear to even the most vocal detractors that Rich Piana & Team 5% had become a lifestyle. The brand, the people, and the vibe were here to stay. Sadly, however, his death leaves a big question mark as to the future of the team & company, but the attitude will live on!

When it’s all said and done, there’s an amazing body of work left behind. As I stated about Dallas McCarver, just three days ago upon learning of his passing, there’s a plethora of videos, articles, and photos of Piana. His fans will pour over this wealth of resources, taking away invaluable lessons, and sharing his insights for many, many years to come. Piana made so many people. He didn’t make their physiques, but he made them stars on social media and he made them stars in real life. He, being the biggest star of them all, will love on. People will always want to wear his clothes, repeat his sayings, and take his supplements, if they’re still around. That having been said, Piana’s legacy is SO much bigger than just a brand.

Rich Piana was proof positive that no matter what the era of time – if you work hard, your dreams will come true. He was up against youtubers half his age. He was initially ridiculed by them, but over the long haul, those same trolls just couldn’t get enough. His biggest critics evolved into being his biggest fans. He didn’t slap people across the back, he didn’t make silly voices, he didn’t wear wigs, dress up like superheros, do headstands, pose to the Robocop theme song or front a rock band. He started out being a bodybuilder with a vision, he didn’t become anyone else, and he stayed true. He didn’t need a supplement company to back his play. Was there a risk in going solo? You bet your ass there was, but to a guy like Piana, the risk of failure wasn’t a deterrent. He stared at failure in the face and trucked right through it.

It’s Rich Piana’s attitude, his take on life, and his go-getter personality that I’ll remember most & I know it’s touched & inspired countless people – not just in bodybuilding, not just in fitness, but throughout many walks of life. God Bless You RICH, YOU WILL NEVER BE FORGOTTEN, BROTHER!