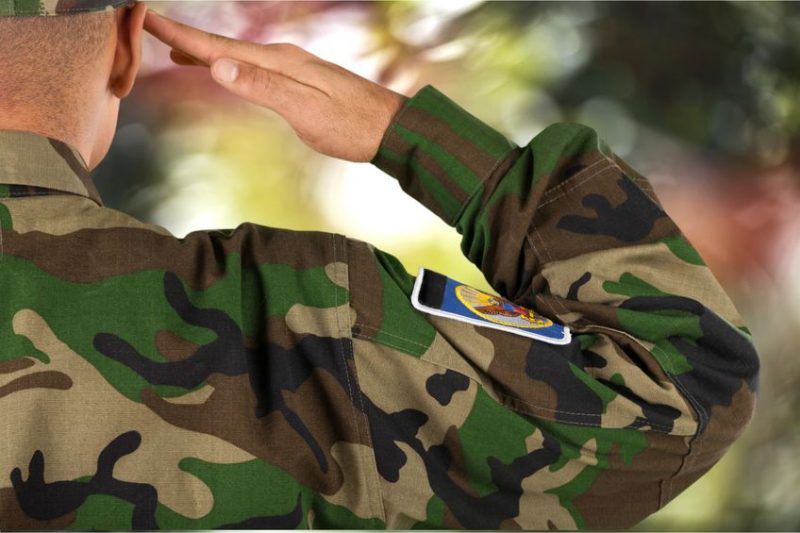 I’m not a fan of dieting in the sense of the normal yo-yoing effect that we see majority of the times these days. It’s as if each diet out there today (the hyped ones online and in magazines) promise amazing results in a matter of days. No thanks, not for me. However, I’m someone who could eat the same foods every day for months and be completely ok with it, so some might consider my routine a “diet” yet for me, it’s simply a lifestyle. I’m pretty boring when it comes to meals and can easily live off of a protein source such as chicken, eggs, or ground meant on a daily basis. Then combine that with a carbohydrate like rice or some veggies or a salad and I’m good to go. Plain, boring, yet effective.

This diet was brought to my attention and I was actually bored with my current nutrition plan (not that there was anything wrong with it) so, I decided to give it a go and document my results. The diet I decided to test is called the 3-Day Military Diet. You might have also heard this diet called the Army Diet or even the Ice Cream Diet.

This diet has nothing to do with the military, so let’s get that out of the way. It’s not some top-secret diet that our military goes through in order to get lean and mean. It’s a fad diet that claims to be able to allow you to drop 10 pounds in three days without the need for exercise. For me, I NEED to exercise, it’s a stress-reliever. I thought I’d still be able to get in a workout while giving this diet a go. My wife wanted to try the diet as well so I had someone else to go through it and give them their experience and feedback.

I’m not going to lie, if you don’t like eating boring foods, you’re going to struggle with this diet. Like I said earlier, I can live off of boring foods, but this diet might take the cake—it’s insanely boring with the food choices. All the foods in this diet can be found at every grocery store and most of the foods you might actually already have in your home. The diet itself can be found all over the internet for free, and there are no subscriptions needed or books to purchase.

Items you will see throughout this diet are lean protein sources, fruits and vegetables, whole grain toast, and coffee. Oh, and ice cream. Yes, you read that correctly. You might be looking at that and thinking you can definitely handle that, but if you are consuming nearly 2,000 or over 2,000 calories each day normally, the potential to hate your life on this diet is a strong possibility (trust me).

On the first day of the diet you will be consuming around 1,300 calories for the day. The second day will drop down to 1,100 calories. And the third day will have you sitting around 1,000 calories. Personally, I don’t like dropping below 1,200 with ANYONE. So, this diet is on the rather extreme side of things.

Ultimately, the diet lasts for a full week. You have three days of the plan mentioned above, and then four days of eating whatever you want (within reason) to either hit 1,200 calories for women or 1,500 calories for men. If you track your food, you know that 1,200 or 1,500 calories can be blown through extremely quickly, so put that into perspective when you’re between 1,000-1,300 on the actual three days of the diet.

For the specific three days where all of your meals are planned out, you are to only eat three meals without any snacks during the day. The diet mentions that you can do the three days on and four days off routine as many times as needed until your desired weight is achieved. When you think about it, the three days that you are actually following the diet are the days you will clearly lose weight, while the four days off are technically “maintenance” to maintain the weight you loss, or even possibly lose more weight if you are accustomed to consuming more calories that than on a normal given day when you aren’t following a diet such as this.

Below are the foods I consumed at each meal. Some of them were substitutes (such as I used Halo Top ice cream instead of the sugar-filled variety), but many of them were not. I consumed water throughout the day and on occasion I would have a second cup of coffee (only Splenda added) in the afternoon. I wanted to show you what I personally ate so you have an idea of the results that can or cannot be had through this particular diet.

As you can see, this diet is very restrictive and not a lot of food. I started out weighing 195.2 pounds. After the first day, I dropped down to 194.4. After the second day, I was down to 193.4 and third I weighed 192.2. Ultimately, I lost exactly three pounds. Far off from the 10 they mentioned you’d lose. Still, not bad, but I know it’s not all fat and the likelihood of me gaining it back quickly could very well happen. After the 3-day diet was over and I ate my fourth day like normal (I didn’t follow the 1,500-calorie rule, it was closer to 2,200 calories), I lost more weight and went down to 192.0. That sounds great until after the 5th day. Once I hit that point my body started putting the weight back on (which I unfortunately expected).

As mentioned earlier, I work out regularly. This diet had me so screwed up that I legit didn’t even have the energy to exercise. Not only that, but due to how my calories were so restricted, I was actually feeling sick. For the first two days of the diet I had a headache that would start in the early afternoon and simply wouldn’t go away. By the time I was ready to start calling it a night, I was beat. The diet, for me personally, was hell. My body seemed to mellow out the third day with being in such a caloric deficit, but overall, my experience wasn’t pleasant and for the results shown, I’m not excited to ever do it again.

Here’s the deal. Did the 3-Day Military Diet work? Kinda. Did I lose weight? Yes. Was it three pounds of fat that I lost? No. Did I lose 10 pounds like they claim? Nope. Did I put the weight back on? Some of it, yes (only time will tell how quickly it will climb back up to my starting point). My wife, on the other hand, lost nearly eight pounds during those three days. So, she nearly hit the 10 that was claimed.

The take home here is that while you might have a quick fix to see the numbers drop on the scale, or the ability to quick get into clothing for a special event, the likelihood that this is a long-term solution is a fallacy. No one is going to eat these foods on a three on and four off plan. Not only that, but it’s not healthy to consistently have your calories dip that low.

We all know that majority of the people out there fail because they don’t like to plan or track their foods. Even if you follow the three days exactly as it is shown and lose weight, the other four days people are going to fall off the wagon because they don’t know how to track their macros to stay under the 1,200-1,500 thresholds. Not only that, but most people consume more calories than that on a daily basis when they aren’t on top of their macros, so the weight will easily creep back up. If you don’t know what those caloric values look like due to never tracking your foods to figure it out, you’ll never succeed. The problem is, many people eat too much because they don’t know how many calories are in a given meal.

Rather than yo-yoing, like this diet pretty much has you doing, simply change your lifestyle. It doesn’t need to be everything all at once, but slowly change things such as how much you exercise, the foods you eat, or the drinks you consume. Phase out the poor choices and replace them with healthy choices. The longevity of a diet such as the 3-Day Military Diet is very short. It’s not easily maintained for a lifestyle, nor is it healthy. Simply adding exercise and a sensible diet full of whole food options (skipping the junk and fast food) to your life will yield much better results and allow you to keep them long-term when compared to something like this diet. Don’t buy into all of the hype. While the numbers on the scale may look great at the beginning, the wheels will fall off as soon as you try to go back to your normal lifestyle and eating habits.