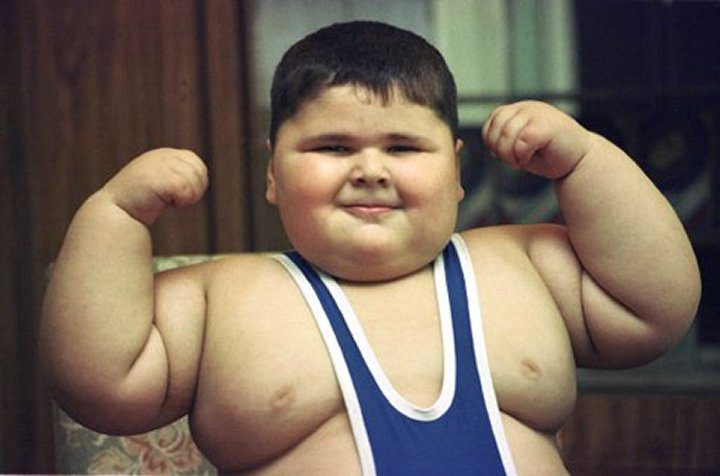 The lyrics to Alice Cooper’s “School’s Out For Summer” are playing in my head at just the thought of the title for this article. In fact, I even Googled the song and played it a few times before writing this just to get in the mood. But as exciting as that song is to many kids’ ears, it might come as a stress to parents. Not only are your kids home from school for a couple months, but now this time off might actually be making them fat according to a new study.

A recent study came out that showed some shocking results to what happens to kids over summer break. A group of 18,170 kids were tracked using their body mass index (BMI) which takes their height and weight to figure their overall health and recorded the data from kindergarten through the end of second grade. This would account for 2 periods where the kids would be off for the summer. During that time period, it was shown that on average, the rate of obesity with that sample of kids increased from 8.9% to 11.5%. The rate of overweight kids went from 23.3% to 28.7%. These figures are pretty daunting.

It has been pretty common for people to blame the schools for their kids becoming overweight. After all, they are sitting in a classroom all day, then eat a school lunch which while it is much healthier than it was in the past, still isn’t the greatest. Then you can factor in the limited amount of time for physical education as well as the availability of students to frequent an unhealthy vending machine at any point of the day. But this theory really doesn’t have much merit when you look at this study. It appears that school itself was never really the problem.

The party’s over, dude

So, what is the true cause for summer vacation fattening our youth? Are they getting less exercise in the summer? You’d think with all that time they would spend it playing outside or swimming at the pool. Is it because they eat more during the summer since they have access to food pretty much all day while at home? Maybe. Or maybe it’s a combination of both factors. Some kids don’t have a set bed-time at night during the summer which alters their normal sleep patterns which differs from the school year. A change in sleep patterns where an individual is getting less sleep is associated with a higher BMI score.

One researcher said, “My hypothesis is that without the structure of school, kids are going to bed at irregular times and parents are more relaxed about enforcing bedtimes. As a result, children’s sleep and circadian rhythms are disrupted.”

Another risk factor for obesity is the amount of time someone spends sitting in front of a television or computer screen. Kids can often times be found playing video games with their friends throughout the day which can definitely increase this risk due to a lack of physical activity. This should be something parents need to take note of. In order to combat this, parents can consider summer camps or learning programs for their child. It not only can provide an educational benefit, but it also gives the child more time to be physically active during the day which can cut the risk of obesity quite a bit. If a summer camp or program isn’t in the cards, consider doing something active with your child on a daily basis. You can go for a walk, go to the pool, take a hike, ride bicycles, play sports, or whatever physical activity you all enjoy. The take home here is to MOVE.

Parents should consider being more involved with their kids and not allowing them to sit in front of a screen all day wasting their day away. While some “gaming” or television isn’t necessarily bad, as a parent you should encourage our youth to remain active with their lifestyle and help teach them how to live a healthy life and make better nutritional choices. Limit the amount of time they have in front of a screen. Habits are formed early on in life and once poor lifestyle choices are set, it’s hard to break them. For that reason, again, take charge of your household and create an environment that allows children to make healthy choices. Kids learn through experience and through watching you. Be a good model for your kids and it could not only help shape their health and future, but it can do the same for you.