Should the NPC Introduce the Wellness Division? 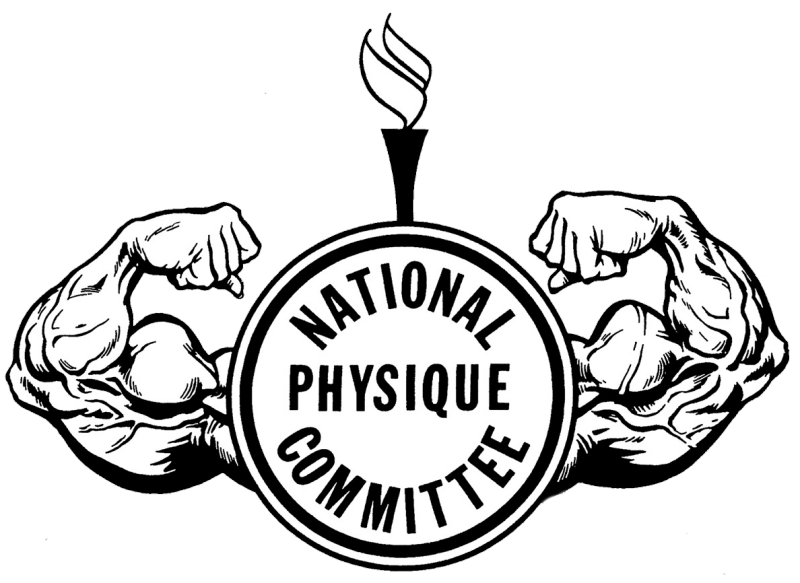 I’m a huge believer in creating divisions that will bring interest in physique-based sports, grow the fitness industry, and inspire more people to work out, eat clean, and take care of themselves. Each and every current division has, initially, been met with varying degrees of criticism, but look what we have today? Each and every NPC and IFBB show is a huge success, largely, because of the great diversity in the competitive divisions. Few could argue that the 212 hasn’t taken a life of its own in the IFBB. Similarly, Classic Physique has proven itself in the amateur circuit and has become so popular at the pro level, that it’s even drawn IFBB legends like Darrem Charles and Flex Wheeler out of retirement.

As Women’s Bodybuilding looked to be on its way out, WPD gave muscular women a stage to compete on. Today, women’s bodybuilding is experiencing a renaissance, thanks to the vision of legendary contest promoter Tim Gardner and his Wings of Strength shows. The reality is, diversity is always best. The current (division) offerings are very good, but there’s always room for improvement. Sometimes looking at what other countries are doing, can prove helpful.

For example, one of the catalysts for the Classic Physique division was what the Europeans were doing with Classic Bodybuilding. Here in America, however, I believe there was a strong argument made against diluting the value of bodybuilding, which was already split into Open & 212 at the pro level. It made more sense creating a new division out of Men’s Physique, than splitting bodybuilding into three sub-categories. Currently, the men have three distinct divisions to choose from; while the women have five. For those who hate change, five divisions is more than enough! In fact, 4 out of 5 the women’s divisions are exclusively physique-based, with Fitness also consisting of gymnastics, aerobic abilities, and some elements of dance. Nonetheless, some women don’t like the direction Bikini has gone in, they refuse to change their look, and have stopped competing. Many of these ladies are calling for the introduction of Wellness. 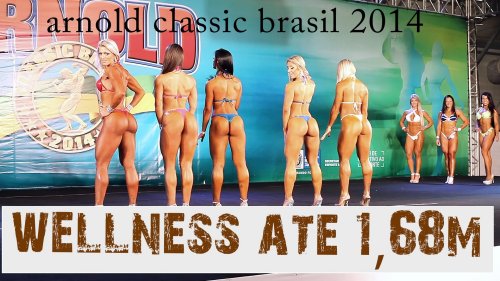 According to IFBB.com, the Wellness Division focuses on “vertical proportions (legs to upper body length) & horizontal proportions (hips and waist to shoulder width), [which] may favor women with a bit bigger hips, thighs and buttocks.” This description alone would be music to the ears of countless women who have all but given up on Bikini. It’s also a look that many fans would love to see on stage as well.
During my time covering contests, in just 2017, I have heard from many competitors that have expressed concern that Bikini has become harder than they like and that more detailed-definition is creeping in. This has always been an issue with the women’s divisions. In fact, many women bodybuilders see WPD Ms. Olympia Juliana Malacarne as a “small bodybuilder” and don’t understand why there’s even a separate division to begin with. If that’s what the judges wanted, they believe, then 2005’s 20% rule should’ve been enforced across the boards. Others claim that the gap between Figure and WPD is narrowing. It’s really rather unavoidable because conditioning has become a major determining factor & a litmus test, of sorts, for which competitors have done their homework during prep. For the men, conditioning is celebrated in all divisions, but for the women, the hardness factor is quite different. The real question is, would Wellness sell tickets, products, and/or would it be worthwhile for promoters to include?
Just a couple of weeks ago, I covered the 2017 NPC Bill Wilmore Classic, courtesy of IronMagLabs.com. While backstage, I conducted a series of interviews & took hundreds of great photos. During one of these interviews, I met a very hard working posing coach whose client I was interviewing. The posing coach had such so much to say and was so hardcore, that I opted to interview her as well as her client on the same video. She told me that she’d done just one show, competing in Bikini, but that the division was just not for her. She was hoping for the day the NPC would introduce Wellness. That great athlete won’t compete again until that happens. Now, go from this posing coach to someone like IFBB Pro legend Karina Nascimiento. Karina has the pro card, the titles, and the undeniable love & support of legions of fans around the world. She’s also a strong, vocal proponent of the new division, describing it as “a more voluptuous Bikini.” 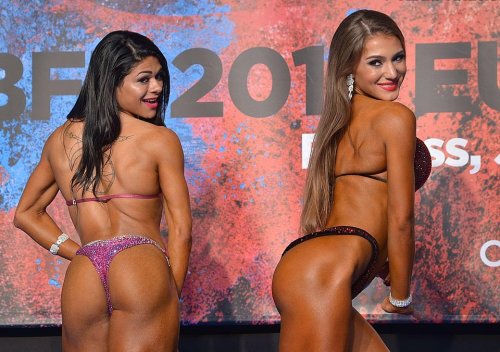 I don’t think it takes a rocket scientist to figure out that this division would be wildly successful. The beach look has always been popular with supplement companies, press, and the mainstream public. Bikini is such a draw that many promoters put it last on their schedule. Much like Men’s Physique, Bikini sells tickets and keeps fans in their seats, screaming and cheering till the very end. Wellness would be no different. In fact, many women love to do cardio, the love to lift, but they have zero interest in muscle separation, at least not to the extent that’s winning shows in Bikini today. This is a division whose stage time could serve simultaneously as a casting call for modeling gigs in the world’s best-selling fitness magazines, castings for commercials, tv, and movies, and much more. As much as skeptics may want to deny it, “voluptuous bikini” has success written all over it.

Critics will argue that shows are already long enough! What’s going to happen if Wellness gets implemented? Shows are going to last hours! Maybe so, but there’s a million other things people can do on a Saturday. People who buy tickets to NPC and IFBB contests – LOVE FITNESS. That’s where they want to be, so if the show is a little longer, they’ll be just fine. Additionally, more great athletes will want to buy NPC cards, supplements, gym memberships and grow the sport & industry.

The purists will argue that Wellness (or any other new division) will continue to remove the focus from bodybuilding. To them, I’d say, “we didn’t start the fire; It was always burning, since the world’s been turning,” thanks Billy Joel! The reality is America wouldn’t have been happy with just 1 anything. This isn’t North Korea. We like options; we can’t enough! That having been said, it’s all but impossible to squeeze the toothpaste back into the tube. Bodybuilding will always be around and it’ll always be the flagship division that started it all, but it’s not the most popular now – and it probably never will be again (at least not on the amateur circuit). 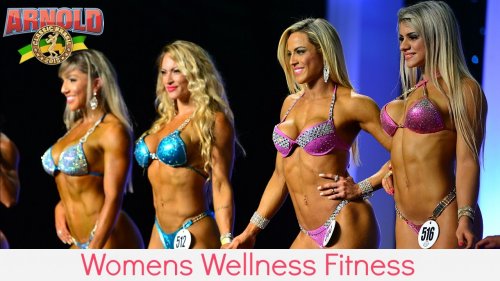 One major point that we’re also missing, is the amount of current competitors in the NPC and the IFBB that would benefit from this division. There are countless ladies not placing where they should be, because they’re competing in a division that may not be rewarding the type of physique they’ve built. There’s no question Wellness is very successful in many European countries, not to mention the South American powerhouse that is Brazil. In fact, after watching a handful of random videos on youtube, I quickly became aware just how engaged the audiences were with this division. It has its own unique poses, look, and vibe.

Assuming there were even a chance Wellness would be added to the amateur & pro circuits in the United States, patience would be key. Both the NPC and IFBB are federations governed by councils, comprised of high-level officials that take their work extremely seriously. They introduce topics that will benefit the sport, both in the short and long-term. Although Wellness could bring about more member dues, drive up ticket sales at shows, and even ramp up ad and press participation, the ultimate question is, whether it’s pressing enough to warrant action. That’s a question I cannot positively answer, nor, do I believe, could any other single person. This is where great power meets great responsibility. That’s the true litmus test for successful leadership.

As I’ve already alluded to throughout this article, the urgency of this division may not be there. We all know what Bikini is supposed to be. We’ve all read the criteria, but we all know what it’s becoming. In an ideal world, it would be very difficult for there to be so many Bikini/Figure crossovers; if the rules rigidly enforced, this would be all but impossible, except for a couple competitors here or there. For example, a legitimate bikini competitor should be placed near last in a legitimate figure competition, not Top 10, not Top 5, and most definitely not Top 3! What separates Figure from Bikini shouldn’t be just a suit.

The more I run the pro’s and con’s, the more indecisive I become. I’m eager to hear feedback from IronMagazine’s loyal readers, as I’m sure many officials and promoters would be as well. I’m a firm believer that the NPC & IFBB are extremely mindful of the will of the people and doing right by them.