Newer PostNutrition Programs for Hospital Patients
Older PostWhy Do We Use Tragedy to Push Negativity in Bodybuilding?
Share on FacebookShare on TwitterShare on LinkedinShare on Pinterest 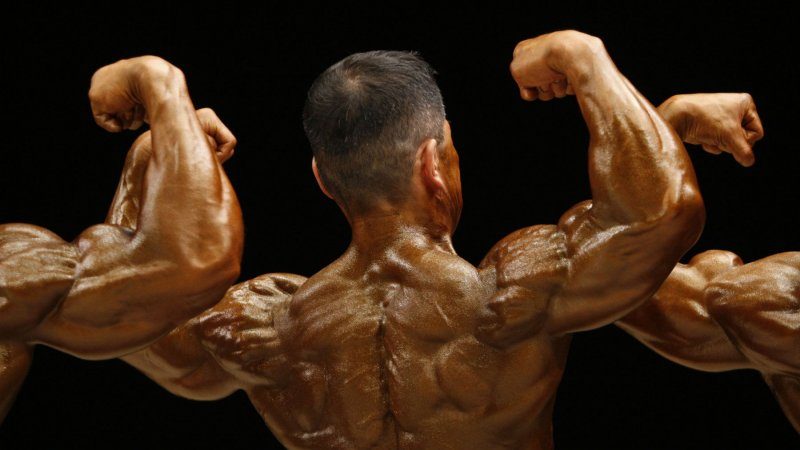 I received this question through DM on Instagram and the gentleman and I had a good conversation on our thoughts, even though he wanted me to write an article about it (which I am now). He wanted my opinion on whether non-bodybuilders should be able to critique bodybuilders. He brought up how other sports you can be a fan, have never played the sport, yet it seems normal to critique a team or player(s). How is this similar or different from the sport of bodybuilding? Here’s my take on the subject.

Do you even lift bro?

I’m a Philadelphia Eagles fan and have been all my life. I’ve never once played organized football in school or even college. In fact, I played tennis most of my athletic career and through college. That being said, I’ve always been a fan of bodybuilding. Do I look like a bodybuilder? Those in the industry would say no, as I’m sitting here around 200 pounds currently whereas many bodybuilders are much larger than I am. However, to the normal everyday person walking the street, they might consider me such.

Do I live a bodybuilder lifestyle? Sure, I enjoy it. Does that make me a bodybuilder? Not exactly. To an extent everyone who exercises is a “body builder” in the sense of they are working out to build their body—they simply just aren’t a competitor. I’ve been in the industry well over a decade, and have been writing about it just as long. I feel I have a good grasp of the industry and that many respect and look for my opinion on different bodybuilding subjects.

In today’s bodybuilding society, when someone critiques a physique, you commonly hear, “do you even lift bro?” Directed at the person who is critiquing the bodybuilder, trying to downplay their size as if they’ve never picked up a weight in their life. This raises the question of if you need to actually be a bodybuilder in order to critique one?

In my opinion, no, you don’t need to be a bodybuilder to critique one. There are many coaches who work with IFBB pros who are not bodybuilders, yet they work with top athletes across the globe. They critique their athletes weekly or even daily. So, why do so many bodybuilders get upset when someone says they looked flat on stage, or they looked like they were holding water, etc.? If their eye is that keen to pick up on how someone looks versus where they should be compared to others on stage, wouldn’t you assume they at least have somewhat of a baseline knowledge about the sport?

Bodybuilders only care about what the judges say

It’s interesting that bodybuilders for the most part (professionals at least) are training to work on what the judges tell them they need to see on stage. It has nothing about the individual athlete wanting to look how they envisioned in their head. Rather, they hang onto every critique the judges make about their physique so they have a better chance of placing better at their next competition. Are all the judges on the panel bodybuilders? Nope, but they are highly experienced in the sport and know exactly what they should be looking for according to the guidelines and parameters set by the IFBB.

Then why do bodybuilders care so much about what others think or say? It’s like they wear their emotions on their sleeve and are quick to retaliate when someone talks negatively about their physique. Again, it generally comes in the form of calling the individual critiquing a bodybuilder small, weak, uneducated, dumb, etc. Do you really think Michael Jordan gave a flying potato that spectators or fans thought he played a bad game? Heck no. Do you think when Joe Montana had a bad game he was worried about what his 49er fans thought (I’m not sure why I’m going old school with my athlete examples, but hear me out)? No, he kept his head on straight and went back to work knowing he didn’t play his best and was a professional about it. So, why can’t bodybuilders do the same?

Professional athletes today have thousands if not millions of fans. Look at Lebron’s departure from Cleveland when he was making his voyage to Miami. The city damn near burned everything to the ground that symbolized Lebron. No one batted an eye at what they were doing—they were deemed passionate fans who were ultimately heartbroken at his departure and as retaliation lashed out. Did it hurt Lebron? Sure. Do you think he was still counting his money the whole trip to Miami and then ultimately winning two NBA championships there? Yup. Were you or I qualified to be critiquing Lebron’s actions? Nope, but many of us still made our voices heard.

Just because someone isn’t a bodybuilder doesn’t mean they don’t know what they are talking about or aren’t passionate about something. It’s true that they might not know what goes into being a bodybuilder and have first-hand experience from the training and diet aspect, but they have a right to their opinion—just like the bodybuilder could have an opinion of the person critiquing them.

In the end, everyone has a right to voice their opinion whether you agree with them or not. Debating about things is what makes us see things differently—from another perspective. While bodybuilders might not care what people think, and only want to hear from the judges, they are going to get fans’ two-cents whether they want it or not. It’s part of being a professional athlete, you’re in the spotlight and open for criticism. That doesn’t mean what people are saying is true, but it could be. Accept the fact that anyone, of any color, of any creed, of any race, of any religion, of any walk of life will be a critic of everything you do. Accept it. There’s no getting around it. And trying to shut people up is only going to have them pay even closer attention to you and speak up. Embrace that not everyone is going to have something good to say about you all the time. If you can’t stand the heat, then get out of the kitchen.

Do you agree with my thought process or disagree? Let us know!