Newer Post5 Fitness Trends to Watch for in 2017
Older PostA Sport Where You Purposely Incur Head Injuries?
Share on FacebookShare on TwitterShare on LinkedinShare on Pinterest 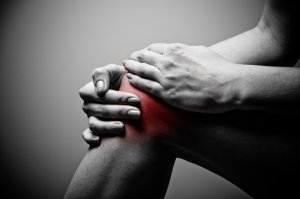 Those who have bad knees generally stay away from pounding the pavement and running of any kind (including on the treadmill). Most who suffer from knee pain or nagging injuries will jump on an upright bike or recumbent bike at the gym or even the elliptical trainer—something with less pounding on the knees and is a more fluid motion. But new research is showing the opposite of what we all believe to be true about running as well as some additional health benefits.

Throw on your running shoes!

New research has come out that is showing running can help reduce knee inflammation. This is actually opposite of what we all believed to be the case. Researchers from BYU gathered a group of men and women between the ages of 18 and 35 to take part in a study involving running. They measured inflammation markers both before and after the participants ran. Researchers found that “the specific markers they were looking for in the extracted synovial fluid—two cytokines named GM-CSF and IL-15—decreased in concentration in the subjects after 30 minutes of running. When the same fluids were extracted before and after a non-running condition, the inflammation markers stayed at similar levels.”

One researcher mentioned, “What we now know is that for young, healthy individuals, exercise creates an anti-inflammatory environment that may be beneficial in terms of long-term joint health.” From this, researchers believe that through exercise like running, individuals can reduce the risk of joint degenerative diseases like osteoarthritis which affects around 27 million Americans. This will help prevent the breakdown of cartilage where the end result is bone-on-bone rubbing as well as pain and discomfort.

Another researcher commented on the findings saying, “This study does not indicate that distance runners are any more likely to get osteoarthritis than any other person. Instead, this study suggests exercise can be a type of medicine.” This is something we have heard covered across many different aspects of exercise and injury/disease prevention.

This study was conducted on healthy individuals. While the findings were astounding, further research needs to be conducted to see how running and exercise could potentially benefit those who currently have knee injuries and pain. One researcher mentioned that they are curious about ACL injuries specifically. However, the end result from this study shows hope when it comes to helping active individuals keep moving without the risk of knee problems down the road, allowing for a better quality of life.