Remorse from Toney Freeman or is Leaving NSL His Curtain Call? 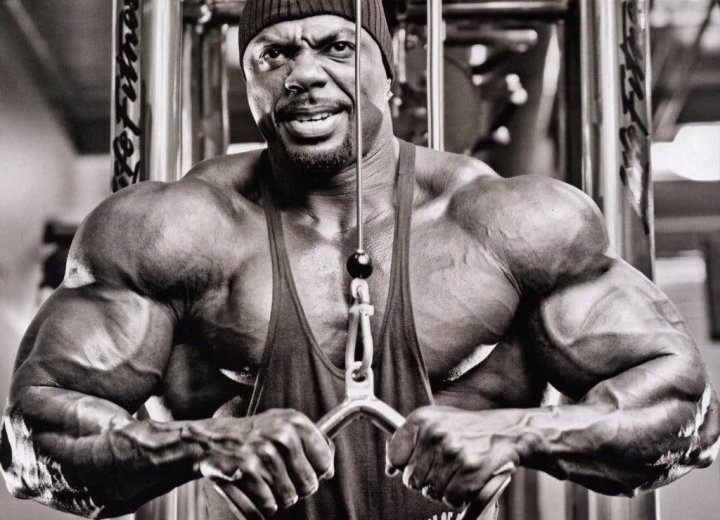 I must admit, when I heard the news that Toney Freeman was leaving NSL I did indeed chuckle. Not because he left the IFBB for “greener pastures” but rather because not only did he give the interview to Muscular Development, who is under serious fire right now in the industry, but because he also talked about coming back (possibly) to the IFBB and competing in the Men’s Classic Physique division. Maybe father time has some more left in the tank? Or has he gone completely senile in his old age?

Will she forgive her “X-Man?”

When Toney Freeman left the IFBB to make the switch to NSL, many people already said it would be the last we would hear from Toney. I was one of those people. I’d like to say I was correct. Once at NSL, it was like the industry shunned him and completely forgot he existed. Was this his fault? Maybe? Maybe not? Only Toney and a few others truly know what happened when he jumped ship. Does Toney regret the move? It sure sounds like it. Does his departure from NSL tarnish the new organization in any way? Absolutely not. They are now a freestanding organization that is holding their own just like all the other fitness and bodybuilding organizations out there like NABBA, WBFF, and others. But will the IFBB welcome The X-Man back with open arms?

It doesn’t appear that the IFBB enjoyed the fact that Toney left them last year—and rightfully so, they were the ones who put him on the map as a professional bodybuilder. Toney was pretty critical about some issues with the IFBB and wasn’t afraid to share them. But the question arises, is Toney all there upstairs to think the IFBB wants him back at this point? Sure, he could compete in Classic Physique if he wants, but at his age, how much does he have left in the tank and will his body hold up over time trying to get back on stage? I’m not even sure when the last time anyone has seen him in stage-shape? Not only that, but Toney would need to make weight in order to compete in Classic Physique, which might not be the easiest of tasks for him to complete. He also hinted that it would be nice if the IFBB created another weight class for Classic Physique with a “wink-wink” as if asking them to do so. Something tells me the IFBB isn’t going to bend over backwards to get Toney competing in the IFBB once again. And honestly, I think his ship has sailed. That’s not be being harsh or critical—in my opinion it’s just the reality of things as they stand right now.

I’ve always respected Toney Freeman and thought he had an amazing physique. In fact, many others share the same sentiment. He had one of the best frames on stage, hence giving him the nickname “The X-Man.” We pretty much always knew how he would look on stage, similar to a Dexter Jackson. While he wasn’t placing very well in shows, his conditioning was respectable for someone his age in the sport of bodybuilding. The last time Toney stepped on an IFBB stage was in 2013 at the Mr. Olympia contest where he placed 15th. His last win was back in 2011 at the Europa Super Show in Dallas, TX.

What would I do if I were Toney?

While every respectable cowboy wants to ride off into the sunset, I don’t think that’s going to happen with Toney. Nor do I think he will ever jump on stage again. I could be wrong, but factoring in that he’ll never place well in an IFBB Men’s Open contest, I doubt he will ever go back to his roots of bodybuilding. Could he give it a shot in Classic Physique? He could, but it all depends on if he can drop weight to do so, and even then, at that point what would he even look like? Toney’s not getting any younger and as we know with age, it gets harder and harder to come into shows dialed in.

Here comes the moment of truth… What would I do in his shoes? Honestly, I’d just take off my shoes and put my feet up. Retire. Hang up the posing trunks and call it a day. He’s had a great career. It’s been one heck of a ride. He doesn’t have anything left to prove. Maybe do some guest posing if he really wants to entertain his fans and the fans of bodybuilding. But, take your time and figure out what your next step is. There’s no reason to jump right into something just because you have the urge to do so. We tend to make poor decisions when we are irrational and don’t think through a situation. Strategically plan your next move and be methodical about it.

Right now, Toney is a brand ambassador for Pruvit who makes ketone-based products. I’m sure he’s getting a decent paycheck from them and I’m sure he can do some other side work in the industry being a judge, or putting on his own shows and being a promoter. If he truly loves this industry and still wants to be a part of it, he’ll find a new home somewhere to help the sport of bodybuilding.

I truly wish Toney the best. He’s been entertaining to watch throughout his career and his posing always electrified the crowd. Take some time to back away from the industry and see if you miss it. If you do, work your way back in by possibly getting back into the good graces of the IFBB. The way you went out definitely left a bad taste not only in the mouth of the organization, but also the fans of the sport. You’re known as IFBB Pro Toney “The X-Man” Freeman. And you will always be known as that. The next step in your life and career is in your hands. Don’t let anyone sway you into thinking you need to do x, y, or z. Finish the way you want to finish and be happy with that decision whatever it is.